Tokyo and I are old friends, but it takes less than a day in this extreme yet serene city to have me falling hard for its magnetic yin-yang personality all over again.

I’ve barely freshened up from my flight before I leap out into the thick of it and head to Asakusa, the low-rise site of an ancient red light district, to follow in the footsteps of Geisha past whilst dodging thousands of tourists visiting the Sensō-ji temple.

It’s Sunday, and Takeshita Street is packed with throngs of crazily costumed Cosplay kids, goth Lolitas and candy-haired teens dolled up in their pastel ruffles. It’s all great fun, but after a while I feel the need for a break. Happily, just metres away, I find sanctuary in Meiji Jinku, one of Tokyo’s most serene shrines. This is the Tokyo I know and love. A city of compelling contrasts where old and new collide and pockets of calm puncture its heaving skyscraper strewn streets.

Where to stay: Aman Tokyo 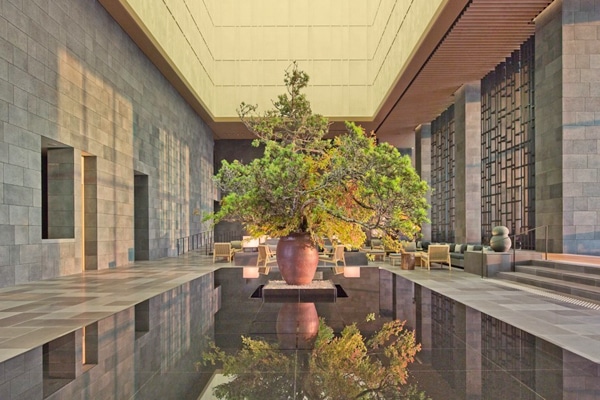 The location: Aman Tokyo is just a few minutes from Tokyo Station. Occupying the top six floors of the 38-storey Otemachi Tower, the twelve-month old hotel oozes urban luxe, offering service that borders on the reverential, with an extremely sexy, black basalt-lined infinity pool, with stunning views over Tokyo. 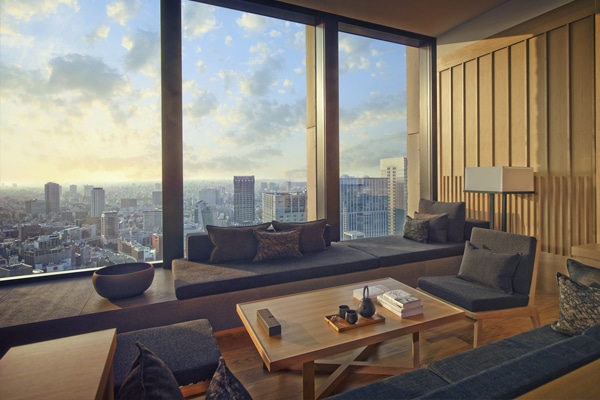 The room: My enormous guestroom reflects Japanese architectural traditions with Shoji screens and deep furo soaking tubs, where I spent more than a few indulgent hours soaking and gazing over the city from the floor-to-ceiling windows. 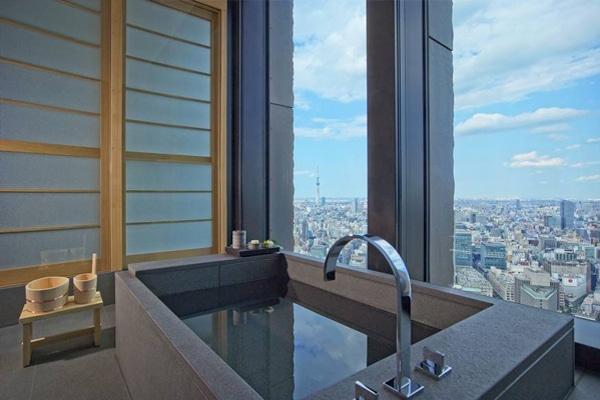 It is pure perfection, though I wish I’d been warned about the toilet! Japan does lavatories like nowhere else. Not only does the lid open automatically, but the heated seat, water jets, air dryer and sensor-operated flush prove a little disarming to this first time user. The pretty, and very comfy, Yukata (a type of kimono) that is left for me to wear is far easier to get used to. 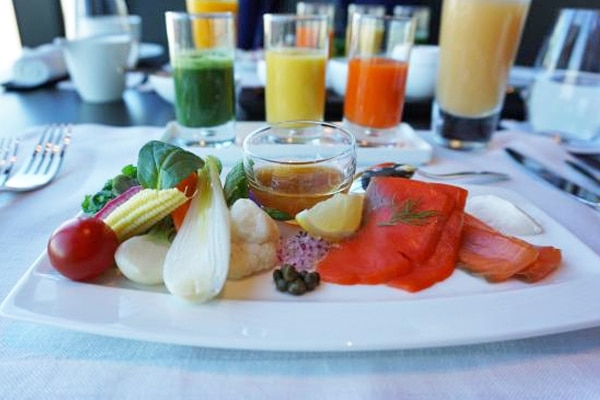 The restaurant: The hotel’s restaurant offers views over the Imperial Palace Gardens and, as it’s a clear day, I can even make out Mount Fuji in the distance while I enjoy breakfast. Serving both Western and Japanese cuisine, the service and food is as breathtaking as the view. There’s also an extensive wine and sake cellar, which I plan to make a brave attempt to drink my way through that evening. 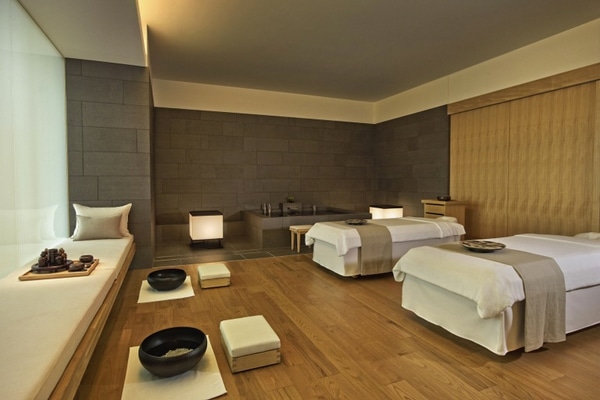 The spa: From breakfast I take myself to the Aman’s two-storey spa, a Zen sanctuary with sublime treatments inspired by seasonal herbs and traditional Japanese medicine. A massage leaves me feeling floaty while a soak and steam in the Japanese-style hot bath only adds to the experience. 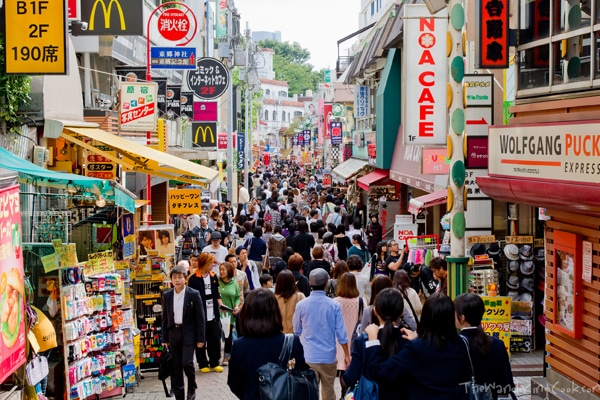 Harajuku: Harajuku is the centre of Japanese teen culture and the place for boutique fashion.

Shimokitazawa: Hipsters should get themselves to Shimokitazawa, its tiny streets packed with vintage clothes shops and indie-fashion. It’s also the place for quirky cafes, underground bars, and recording studios.

Ginza: In stark contrast to Harajuku and Shimokitazawa is Ginza, an area rocking more of a Champs-Élysées meets Park Avenue vibe. Here I nibble on Ladurée’s finest before giving my credit cards a serious workout in the flagship boutiques of some of the world’s most coveted luxury brands. 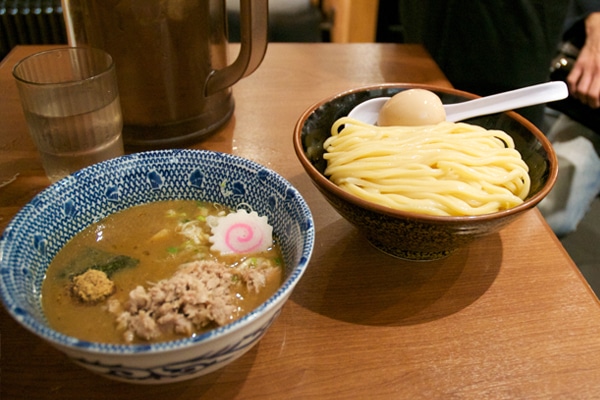 On the street: Street food is delicious and cheap. You can’t walk for more than a couple of minutes without stumbling across tiny outlets serving up okonomiyaki (Japanese cabbage pancakes), gyoza (fried dumplings), takoyaki (octopus balls) and sushi for a few bucks. For the best Ramen in town, I head to Ramen Street. This is the Ramen of fantasy, so good it may have ruined me for life. 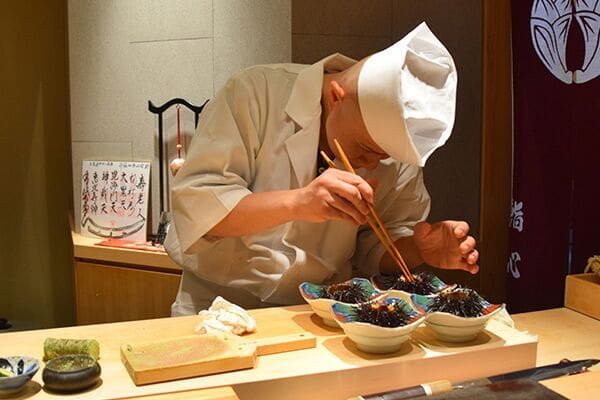 Dining out: The most coveted reservation for dinner is at Sukiyabashi Jiro. Not only is it one of the best sushi restaurants in the world, the tiny ten-seater is one of the hardest to get into. Given the scarcity of seats, I instead enjoy a mind-blowing boutique omakase sushi experience at the equally tiny but less famous, Sushi Kokoro in Shinjuku’s Kagurazaka. 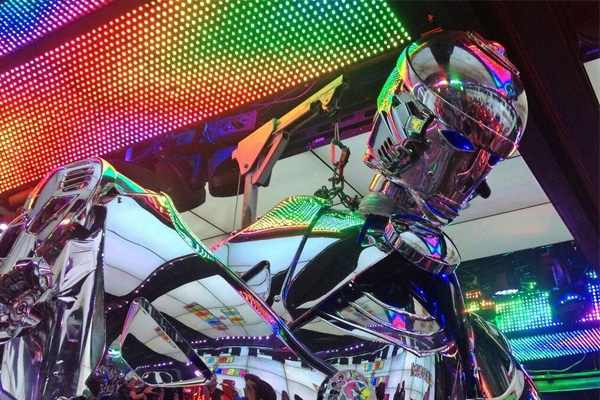 For a taste of culture: Japan’s plethora of bizarrely themed eateries are bordering on the unhinged, but they’re loads of fun and a part of the whole only-in-Tokyo experience. There are dozens of cat cafes and maid cafes, where patrons are fawned over by their male and female Cosplay hosts. I skip the coffin cake at Vampire Cafe in Ginza and brave the ultimate freakfest at Shinjuku’s Robot Restaurant where shark riding dancing girls and battling robots mix it up with warrior pandas and giant fembots. 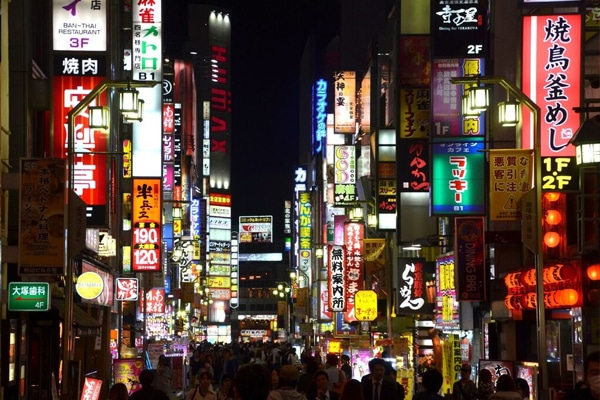 For traditional sake: The city is littered with traditional izakayas; establishments about the size of your living room packed with locals sipping on a sake. For some of the best, head to Shinjuku’s Memory Lane (better known as Piss Alley), Shibuya’s Golden Gai (or Drunkard’s Alley) and Kichijoji’s Harmonica Alley, a hip and trendy hub of narrow, bar-packed alleys. 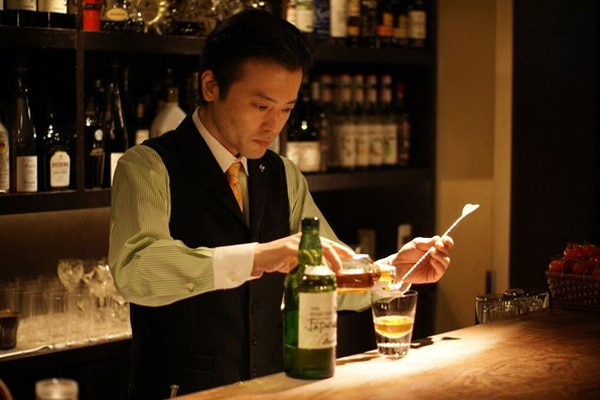 For cocktails: From intimate establishments hidden in basements, to luxe lounges towering over the city, Tokyo’s cocktail bars are all about a slavish devotion to hand-carved ice, exquisite barware, and boundary-breaking mixologists who treat each and every cocktail with the care and skill of a surgeon. Worth a visit is the stylish Ishinohana, a basement cocktail bar in Shibuya renowned for the flawless seasonal fruit and vegetable-infused cocktails.

It’s also worth making the pilgrimage to New York Bar, fifty two-floors above the city at the Park Hyatt Tokyo. Made famous in Lost in Translation, I can’t help but imagine myself sitting with Bill and Scarlett as I soak up a glass or two of Suntory. 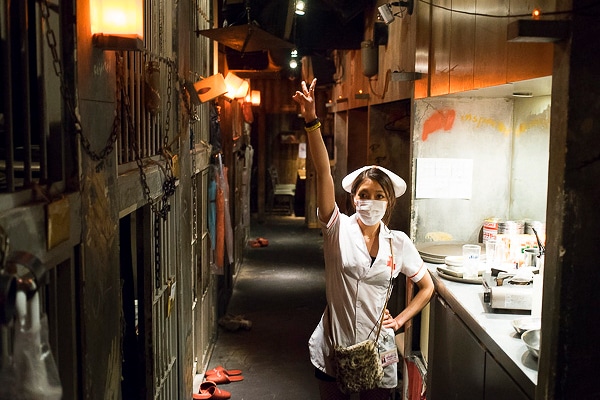 Whatever you choose to do while in Tokyo, one thing’s for sure – this is a city you won’t soon be forgetting. Just like an old friend does, it will always beckon you back for more.