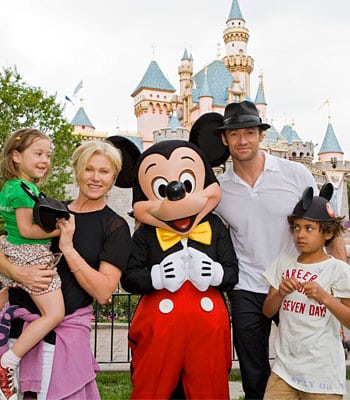 8 Ways To Wean Yourself Off Sugar

Could we love Hugh Jackman any more? He might be playing a reluctant father in his last flick Real Steel but in real life he’s a amazing dad who’s giving away some old-fashioned parenting tips.

“A buddy of mine has a rule that I installed: No screens during the week. No TV, or computer, or anything like that,” says the Aussie actor.

Jackman and wife Deborah Lee-Furness try and maintain an ordinary lifestyle especially for the sake of their children. “Kids nowadays have very little time,” says Jackman. “They seem to be at school longer than ever. They have all sorts of after school activities. By the time you have eaten and showered and dressed, it is over. So there is not much time for it anyway.”

And it sounds like the low-profile parents have brought their children up with great values, enjoying spending time outdoors.

What do you think? Should kids be allowed access to TV and computers during the week?