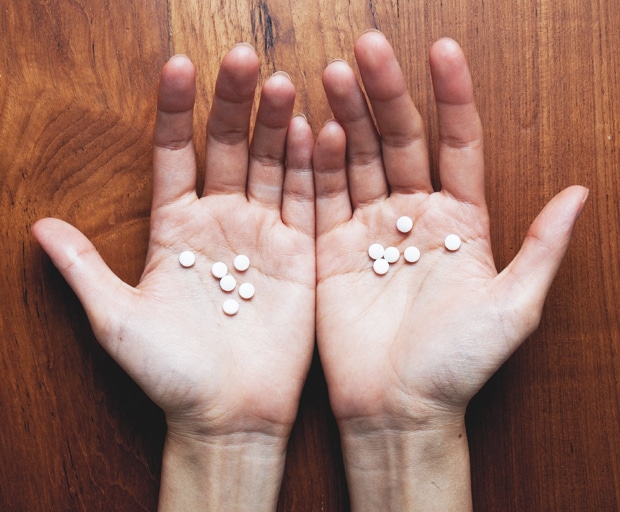 I wondered what it would be like if I just wasn’t around anymore.

My parents went through a nasty divorce when I was a kid, and I was depressed. I didn’t know what depression was, even when the court-assigned therapist expressed her concerns to my mother about it. I was only six years old when they diagnosed me and prescribed antidepressants.

The truth is, I was a weird kid, largely in part due to the nasty divorce, but there were other, less horrible reasons, too.

I preferred books to people. I liked making up games and stories to entertain myself more than watching TV or group activities.

I had few friends because my fave things were reading and drawing, and I didn’t talk much because I was bullied by other kids and sometimes even teachers at school.

I also had long-standing issues with sadness. 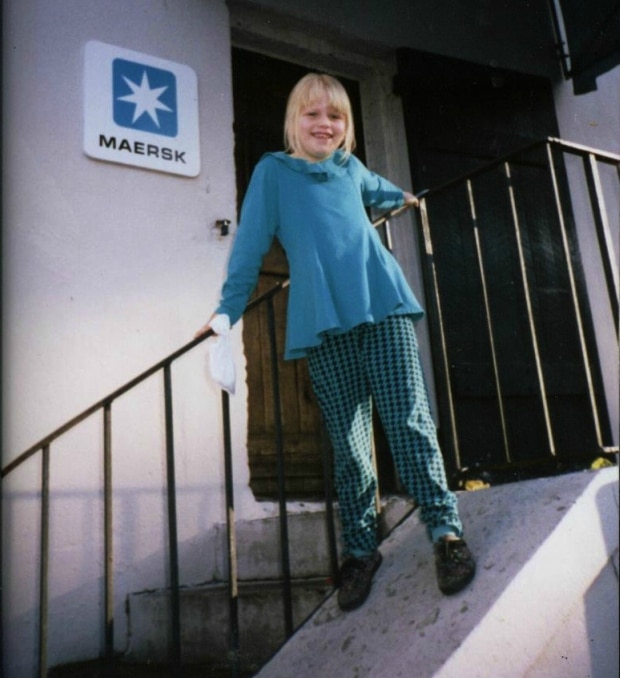 I discovered my penchant for moments of intense, seemingly incomprehensible despair when I was just about three years old. These moments were sometimes fleeting, sometimes prolonged, but in the end, I usually found something to distract myself until they passed.

One day, the therapist brought my mother into her office for a really, really long time. I distinctly remember sitting in the waiting room reading and re-reading There’s a Monster at the End of this Book until they called me back.

The therapist asked me several questions, yes or no responses, about my feelings. At the end, she told my mother about a drug called Prozac, then very new and little-known.

She thought it would help me.

We had no idea it would lead to me becoming part of the statistics regarding antidepressants increasing suicidal tendencies in children.

I can’t really describe what taking Prozac felt like, because at first it felt like nothing at all.

Though I have battled with depression my whole life, anti-depressants have never helped. I tend to feel robotic when taking SSRIs, which include popular drugs like Prozac, Paxil and Zoloft. They don’t make me happier, they just numb me.

That was what Prozac felt like to me even then, before it started to change.

I grew sadder. I wasn’t interested in things that I used to enjoy. I became withdrawn and ate very little. I slept too much and started doing poorly in school.

Had anyone been really paying attention at the time, I’m almost certain they would have noticed that I was developing suicidal tendencies, but when my mother expressed concerns, my therapist upped my dosage of Prozac.

Within a couple months of my new prescription, I acted out. I would often start crying for no reason, or would feel sad without knowing why, sometimes several times an hour. It was about that time that I started to consider what death really meant, and contemplating what it would be like if I wasn’t around anymore. By then I was seven, and had been on the prescription for maybe eight months.

That’s when it all came crashing down.

It was a Saturday morning. My mother was in the bathroom going through her morning hair and makeup ritual. She reminded me to take my medicine, and I dutifully went into the kitchen cabinet and climbed up on the counter to get to the pill bottle.

I twisted the cap off and looked at the four remaining pills inside when a subtle intrusive thought snaked into my brain: What would happen if I took them all at once? 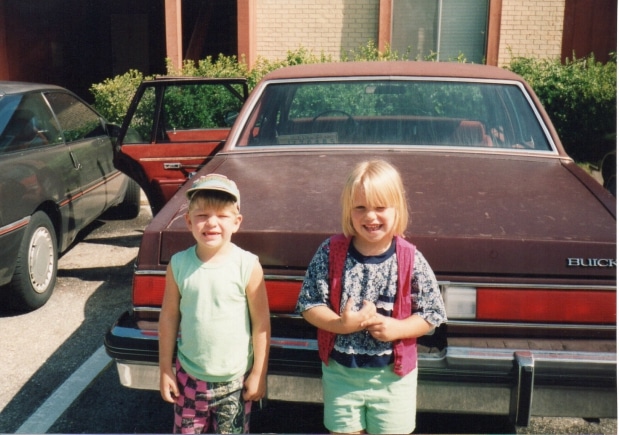 I couldn’t stop thinking it, wondering if I would die. And without much hesitation, I downed them all before replacing the bottle and going to watch cartoons.

I sat on the couch for a few minutes, thinking about what I’d done. The thought of dying didn’t upset me; I just wasn’t sure what would happen. I walked over to the bathroom and stood in the doorway while my mom curled her hair. I contemplated if I should even ask.

I will never forget the look that crossed over her face while she turned to me, curler still wrapped around her hair, demanding to know what I’d done. It wasn’t until that very moment that I realized I’d done a bad thing; I was immediately ashamed.

She tried to make me throw up; I couldn’t get them all out.

We rushed to the hospital, my mother panicking, intermittently crying while we waited to find out if I would need my stomach pumped.

My mother kept demanding to know why, and I didn’t have any answer for her. So I lied. I told her that I’d missed the last several days and wanted to catch up.

I told the endless doctors and nurses the same thing when they asked if I had wanted to die. I told them it wasn’t true, even though it was.

At that point, I was more terrified of getting in trouble than I was of dying.

Afterward, I felt sheepish and stupid; embarrassed. I had to go to an unscheduled therapy session the next day, and I lied to her, too, out of shame.

The therapist wanted to wean me off of Prozac, but my mother stopped it altogether. Within a week, I started to feel more like myself. It was like a veil had been lifted. It took a while to get me back to where I could be considered “normal” again, but anything was better for me than that cold, unwavering abyss I’d stared into. 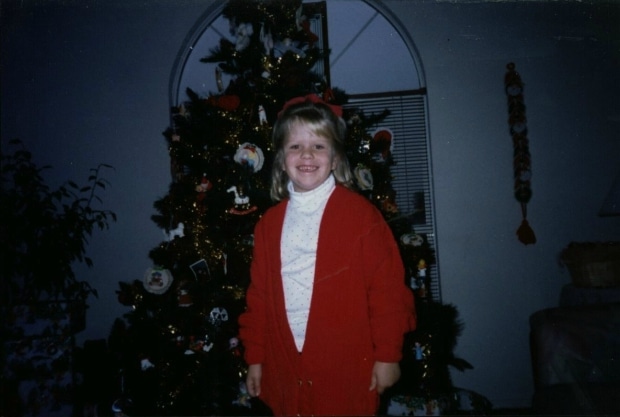 The sadness always came again, but it was nowhere near the deep, frightening depths it had been when I was on Prozac, and I went back to finding ways to deal with it on my own terms. Sometimes it would work, and sometimes it wouldn’t, but I kept trying, and still do, to this day.

Even now, more than 20 years since that Saturday, it’s difficult to talk about my depression and the instances of suicide in my life. It’s often embarrassing to express these problems, and I wonder if people judge me for it, especially when they hear how old I was when it first happened.

It wasn’t well known then that taking antidepressants could lead to suicidal behavior even though by 1994, it was obvious that the over-prescribing of antidepressants was leading to elevated suicide attempts in children and teenagers. I was far too young to have any concept of suicide or depression, and so taking those pills wasn’t scary to me; I didn’t correlate the weird feelings I was having with the medication I was on. I had no idea how to stop what was happening, and, like many other kids from the mid-nineties, I became a statistic about the negative effects that SSRIs have on some children—even though the FDA didn’t issue an “official” warning about these drugs until 2004.

Regardless of my issues with antidepressants, I still advocate for people to take them if it helps.

Depression is a growing issue in this country and the world, and if antidepressants work for you, then please do what you need to do to help yourself. Suicide is never the answer you really want, and if you’re experiencing feelings that may lead you to harm yourself, please talk to a trusted friend about it.

My situation could have ended quite differently if I hadn’t told someone what had happened. I wouldn’t be here today. I would have ended my life at seven because I didn’t know what was happening to me; because I was too young to understand.

There are other people out there right now, suffering from similar problems, and the truth is, it doesn’t matter how old you are. If you end your life at age seven or 47, you’re missing out on every happy event and special occasion that’s to come, and it’s not worth it.

If you suffer from suicidal urges, tell someone.

If antidepressants don’t work for you (like they don’t for me), then try something else until you find what does. What helps one person isn’t necessarily going to help another, so it’s important to trust your gut and rely on your instincts when something doesn’t feel right.

There’s absolutely no shame in reaching out for help, and in acknowledging that you need it.

Even if you’ve tried other methods and they haven’t worked, keep looking, because everyone deserves a chance at a happy life.

If you or someone you know suffers from suicidal urges or depression, please encourage them to get help and contact the National Suicide Hotline: 1-800-273-8255