I’ve never seen what the fuss was all about.

I just finished reading a blog post discussing the issue as to whether or not the other woman should apologize when an affair or cheater is exposed. The argument was that the “other woman” should apologize for everything that she did, and several of the comments conveyed that opinion.

However, I have an entirely different attitude and opinion on the subject matter.

Why should the other woman apologize? She isn’t sorry for anything. You only apologize when you’re truly sorry for your actions, and in these situations, the “other woman” is never sorry for what she did. Only on rare occasions does the other woman not know that the man is married, and in that case, I suppose that an apology would be in the works.

However, when the other woman knows that the man is married, she knows what she’s getting into. It’s no secret, therefore, there is no sense in apologizing for something that you do not regret.

I’ve been down this road before, I have traveled this road many times, I have lived on this road, and quite frankly I know what’s at the end of this road. In my opinion, there are only two types of people who do not cheat.

Everyone cheats. If you’re not a cheater, then I would be willing to bet that you fall into one of the two categories I listed above. I’m a cheater. I am a proud cheater. I’ve cheated on men that I’ve dated and I’ve been the other woman. I’ve never been married, but I’ve had a lot of husbands to hold me. I’ve also been cheated on.

I don’t “read between the lines” or ponder why he says or does the things he does. If he says he’s been “thinking about things,” I take it at face value. Men need time to themselves, too. 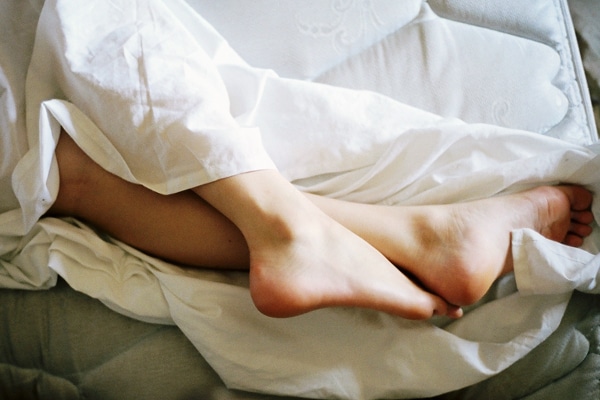 I work with many, many men. In fact, I work with nothing but men on most days, and we’ve had more therapy sessions than I’d like to recall. I work with America’s finest and bravest (not to mention best looking) police officers and firefighters. I hear the horror stories because I’m the guy’s best friend or sister in most cases.

I cannot count how many times I’ve had one of the guys complain about their girlfriend or wife constantly asking them if there was someone else when there wasn’t. The guys are tormented. Usually, when they say that there is no one else, of course, she doesn’t believe him, and the suspicion begins.

I hear guys complain about the fact that they don’t have what we gals refer to as “me time.” He needs time to himself, too. You don’t need to talk to him every hour or couple of hours, or every day for that matter. You don’t have to be at his place or with him every moment of his off time.

Let him do things with the guys, let him be alone and watch football all night, let him have room to breathe. One of the chief complaints I hear is about wives or girlfriends being too clingy or dependent. Please, stop it — for my sanity at least.

I also get rather irritated with wives and girlfriends who always suspect the girl at work. In my case, a majority of the time, as I mentioned, we’re the best friend or sister that you don’t know about… and he likes it that way. Very seldom are we “work wives,” but it does happen from time to time. Furthermore, the more insight we get into his personal problems, the less interested we become (in him as a partner).

I have gotten involved with an individual at work, and a married man at that. However, his wife is clingy, she’s jealous, she’s controlling, she’s obsessive, she accuses him of everything under the sun, she bitches, she rants, she raves, she’s stalked him at work, and I’d be willing to classify her as “psycho,” and he’s not getting any to boot.

You’re talking about a handsome man that would be any woman’s dream (including mine). She talks down to him, hangs up on him, sends him nasty emails… and all the while I say, why the hell do you tolerate this?

You’ve got options — not saying that I’m his only option because Lord knows I’m not, but he has options. There are other people who would love to have a chance with him and he stays with this woman who is verbally and emotionally abusive.

You cannot blame him for looking elsewhere. You can not blame him for wanting a comforting voice and reassurance. And you can’t blame me for giving him my world because he’s worth it. Obviously, she’s missing something because he’s a truly wonderful man and I’d be glad to take him off of her hands. I’m not working to break their marriage up by any means, but I am the other woman.

I see that our men in public safety are some of the most neglected men around. Sure, they’re rough and tough, don’t show feeling or emotion, and most women just have fantasies about a man with a badge, but these guys desire reassurance and comfort because they cannot get it at home.

Furthermore, if you’re married to or dating a man in this field, DO NOT — and I repeat, DO NOT — upset him before or during work. He has his life on the line while he’s on duty and he does not need you whining, complaining, or bitching at him in the process.

I suppose I am looking for meaning in why everyone obsesses over cheaters and cheating. In all actuality, I’ve never seen what the fuss was all about.

I was in a relationship for three years and was engaged for one of those years. I was faithful because I chose to be faithful. However, I had always seen the co-worker mentioned above as my “dream.” He was everything I wanted. For once, he was the man I wouldn’t change anything about. I love his wit and sarcasm, I love his moodiness, I love his attitude, I love all of his personality defects, and I wouldn’t change anything about him. In fact, I wouldn’t make him taller even if I could. And the sex is mind-blowing (might I add).

I never, ever thought he’d be interested in me. So, I always shrugged him off when I thought he was flirting or hinting around. Then out of nowhere, we started talking to one another constantly and we both revealed that we’d liked one another for quite some time.

In fact, it probably dates back to the day we met, but neither of us has the audacity to state that we’d been hardheaded that long, and he wasn’t married at that time. He told me that all of the flirting and hint-dropping he’d done had gotten him nowhere and he was convinced that I wanted nothing to do with him, and all the while he never knew that he was to me: my knight in shining kevlar.

So, we hooked up and we continue to do so. We don’t talk about his marriage — that’s HIS business and I tell him all the time that there are two relationships, not one. We’re not some jumbled love triangle. What he feels for me and I for him is between us, and the same for he and his wife.

I do not pressure him or ask him what he’s going to do. I broke off my engagement and I’m single again. I date. I’m not stuck in “Mr. Big” syndrome or anything of that nature. Sure, I’d be in Heaven if he were to leave and be with me, but it’s not what I expect. I never got into this thinking that the other woman would become his new “wife.” It was simply an opportunity that I couldn’t pass up because there might be, just might be something there.

Well, sparks have flown and they continue to fly and he excites me (and pleases me) like no man ever has before. Yet, I don’t sit and wonder whether or not he’ll eventually leave. If he leaves, he leaves, if he comes to me, then he comes to me. There is no sense in isolating yourself or waiting for a married man — have fun while it lasts because you never know how long it will last.

In the meantime, date, go out and have fun. I don’t mention my dates to him because he’s jealous. He gets jealous when I’m talking to other co-workers, which I will admit is odd, considering the circumstance.

Nonetheless, those relationships are separate — anyone else I am involved in does not join the circle of he and I. We remain separate and it’s none of his business, just like whatever is going on with him and his wife is their business, not mine. Sure, I may sound like a cold-hearted bitch; however, life is a game: you either get busy playing or you die. The choice is yours. The more you play, the better your skills become.

My last bit of advice is that when it’s over, it’s over. Exes are exes for a reason, so cut your ties and cut your loses. There is nothing less attractive than a poor girl who is waiting for the “love of her life” to return when she should be busy trying to love her life.

Comment: Have you ever had an affair, or had a partner cheat on you?

This article has been republished from YourTango with full permission. You can view the original article here.

If you liked this story, read more like it on Youtango.com: