I Dated A Male Model And It Made Me Feel Insecure

What’s wrong with indulging in a little harmless fantasy?

I recently ended a long-term relationship.

Like anyone who’s just been through a rough breakup, I spent a week on the couch watching Love on Netflix and crying into my Lean Cuisine lasagna. I kept the blinds closed and the lights dimmed and moped around like a teenage goth in my apartment. I wondered if I had made the worst mistake of my life.

Then, when I was feeling my absolute worst — overweight, frumpy, hopeless, like I’d never be in a relationship again — I did it: I re-downloaded Tinder.

Was I asking for punishment?

At first it just sat there on my phone. I didn’t even open the app. Then, little by little, I began swiping. I matched with a few guys, but all I got were some douchey pickup lines and obnoxious trolls.

Then it happened. I matched with a guy who, judging by his profile, was super-hot. In fact, ‘male model’ was listed as his profession. We messaged for a few days, and he seemed really sweet. Maybe not the brightest, but he exuded the kind of boyish, puppy dog charm that was exactly what I needed right then. I’ll admit, it did seem a little too good to be true.

But what’s wrong with indulging in a little harmless fantasy?

So, I finally gave in. Was I really going to stay locked in my dingy apartment in my pajamas forever? What the hell, at worst he was boring and a foot shorter than he described in his profile — all I had to do was walk away.

We arranged to meet for coffee at Figaro in Los Feliz, a trendy hood in Los Angeles. Just when I was thinking about leaving, he turned up (“Traffic…”). I was pissed, but I let it go. It suddenly seemed worth the wait — he was gorgeous. He looked a little hungover, his strong jawline covered in stubble. We chatted for an hour or so about Hillary vs Bernie, his work as a model, the dating scene…he was really nice.

“Modeling’s okay, but I’m trying to break into acting,” he said. I nodded. Maybe he was an L.A. cliché but why not enjoy it, like re-watching You’ve Got Mail for the millionth time?

I walked home alone feeling a little better about the world.

I didn’t hear from him for almost a week. In the meantime, I kept swiping away. I matched with a few guys, but deep down in my heart I knew that the male model was the one who was going to get me over my relationship.

Finally, he called. He invited me to drinks at a bar Downtown. As I rode there in an Uber, I started to forget about my ex.

We drank cocktails on the rooftop and laughed. He was incredibly sexy, and I noticed other women in the bar checking us out. A warm breeze caught me as I looked out over L.A. “I’m originally from New York,” he said. “But I totally love the weather here. I don’t think I could ever go back.” He gently touched my bare shoulder. I felt confident and glamorous. We wound up back at his loft apartment, making out on the couch, then on his bed. As I watched him take off his shirt, I remember thinking, “This is going to be great.” I’d never been with a guy this hot before. 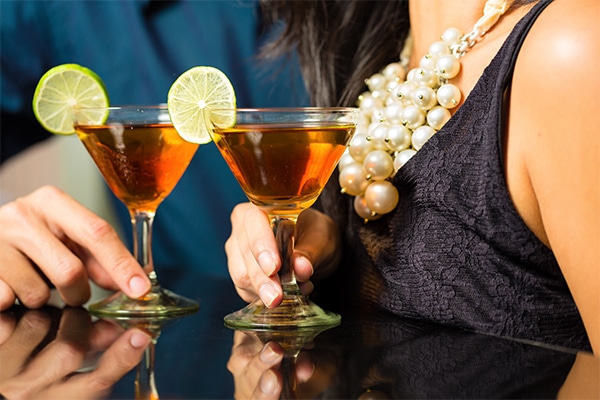 Five minutes later, he was done. During sex he seemed totally absorbed in his own world, like I wasn’t even in the room. There was no foreplay, no seduction —after he came, he rolled over and fell asleep.

As I lay awake staring at the ceiling, I rationalized it away. First date sex is usually bad, I thought. Maybe he was drunk.

I didn’t want my fantasy to be over.

He called me a few days later and asked me on a second date. I agreed.

This time, things seemed different. I didn’t notice it before (was I caught up in my own fantasy?) but he only seemed to talk about himself. I kept giving him compliments, but he was indifferent to my praise. He would look at himself in the mirror behind the bar, obviously fascinated by his own reflection, playing with his hair. “I bet you’ve slept with a lot of women,” I flirted. He puffed up his chest and laughed, “Yeah! ‘A lot’ might be an understatement…” What was wrong with me? I wasn’t interested in a relationship with this guy, but for some reason I needed him to like me. I no longer felt glamorous; I was changing back into my frumpy, post-breakup self.

Dating a hot guy wasn’t making me feel hot — in fact, it was the opposite.

We had sex again, the same routine. After five minutes he was asleep. What did his conquests matter if they all only lasted seconds?

For reasons I still don’t understand, I agreed to one final date.

We had dinner at Church and State in the Arts District. The whole time he seemed to be checking out a girl at another table. When the check came, he didn’t offer to pay. I volunteered my card, and after an awkward interaction in front of the waitress we finally settled on splitting the bill. He seemed to resent the fact that he had to pay. I sighed.

I wasn’t going to be his sugar mama.

We headed to a bar next door — by this point I needed a drink. He talked and talked, mostly about himself, his goals, his problems, his needs…

I came back from the bathroom to find him flirting with another girl. She looked like a model too. When I tried to interrupt them she acted like I was invisible. After she left, he acted like nothing had happened and continued talking about himself.

Why was I putting myself through this?

He invited me back to his place, this time I politely declined. I walked out into the night and waited for my Uber.

Whatever this cliché was, I wasn’t enjoying it. Reruns of You’ve Got Mail were calling my name.

This article originally appeared on Role Reboot as I Dated A Male Model And It Made Me Feel Insecure and was republished here with full permission.

Comment: Have you ever dated someone who made you feel insecure about yourself?