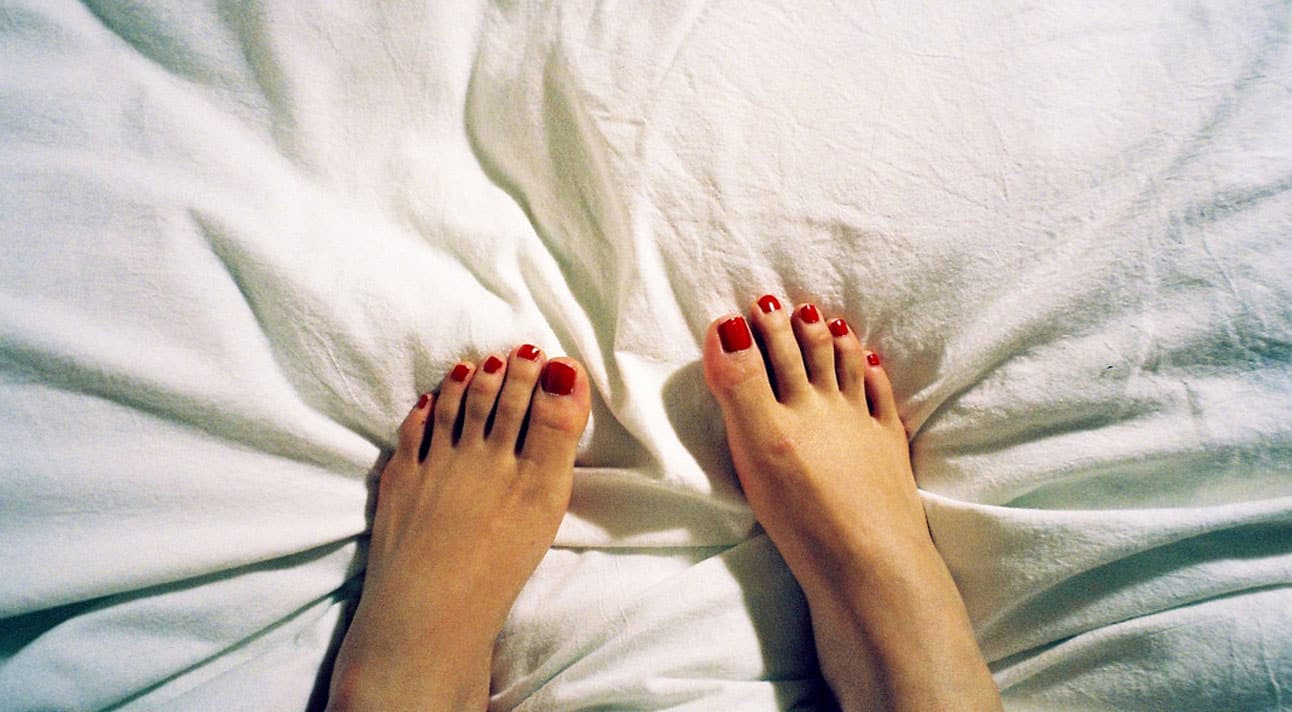 To All The Women Silently Suffering Through Anxiety: I Feel You

People with disabilities are people first. We are not defined by our disability as one-dimensional.

Forty weeks. That’s what my mom was supposed to get.

Forty weeks to feel the swell of her belly, have time to paint the nursery, pick out toys and clothes and more importantly she was supposed to have 40 weeks to be as ready as she could be for the way she knew her life would change.

Instead, she got a scratchy shaky curveball of a touch and at 27 weeks, her life changed forever in ways she could never have guessed.

My lungs bloomed in August instead of November. Mom said she’s never been happier to hear someone cry because my lungs weren’t supposed to work. But they did. I wasn’t necessarily supposed to survive either, but here I am. Hold your applause. It’s scary to think that at some point my survival instincts thought I was safer coping with the world a little early than dealing with whatever made me feel unsafe enough to hit the eject button from the womb.

I was a hair-coated creature who apparently looked as though I could’ve easily been a baby gorilla in the next Planet of The Apes. Fun fact: babies are covered in hair as a form of protection, and are supposed to lose it all somewhere between the six to nine-month mark of pregnancy. Obviously, my impatience to see the world meant I didn’t get that memo.

You might also find it amusing to know (I do!) that at just 1195 grams and 36 cm long, my dad’s wedding ring was the perfect arm accessory.

My fashion choices were fairly limited, one of the only viable options Cabbage Patch Kids doll’s clothes in styles, cuts, and colors that would make Anna Wintour weep. My first hat fits Wimbledon’s finest tennis balls which says a lot about the size of my head — these are the details of my birth beyond the tubes and all the scary medical words.

Medical words that delivered worst case scenario blows to my mum and dad. Won’t walk. Won’t talk. Won’t feed herself. That was my cocktail of Cerebral Palsy. When I was born, it jumped into the life of a baby and their family every eighteen hours. Now it’s every fifteen. CP chooses at random who is going to experience what form of it and there’s absolutely as of right now, no predictive pattern to which way it’s going to go.

For me, it was Hannah: 3. Worst Case Scenario: 0. Well, 2 ½ if you really want to get technical but we don’t need to do that. I mean, sure, I get around on scrambled legs with the help of a trusty walking frame because good ol’ Larry and Roger are a little skittish but overall, they get the job done. As for the others, a childhood nickname was ‘Fang’ for how much I could eat and my first word was ‘Cockadoodledoo (yes seriously!) and I’ve been told for as long as I can remember that I could talk underwater with a mouthful of marbles.

I am super lucky and grateful that for some unquantifiable reason, I beat the odds. I lived when I wasn’t necessarily supposed to and my body has adapted to find its own way of doing things they said I wasn’t capable of. I recognize the huge privilege I have in living at a time where I can communicate and articulate how I think and feel about the world.

To me, that comes with great responsibility though because I, unlike so many others with disabilities, have the means to address problems and affect real change. My voice suddenly transforms from just mine to a tool that could impact the lives of others. So, with that in mind, here we go:

People with disabilities are people first. We are not defined by our disability as one-dimensional. Yes, no question, it defines a lot of what happens in our lives and is a huge deciding factor in many decisions and scenarios but it’s not who we are. We don’t possess some strange maligned high pitched frequency of likes and dislikes from the rest of the population.

Back to the medal for going down the street for just a second. I completely understand that any person who comes up to me and says something along the lines of ‘it’s so good to see you out and about’ or ‘you’re doing so well’ have only the best intentions in the whole universe and it means a lot that people want to spread kindness in that way.

Think about it like this. If I said that to you when you were walking down the street, you’d look at me like I had two heads. The bar of expectation and possibility of achievement for people with disabilities is so fucking low, I could roll over it.

Recently I tried to apply for job placement assistance because your girl gotta get an income to save for important things, buy concert tickets and just generally feel more like the adult I’m supposed to be. That was all well and good until they realized I’m a full-time college student. Suddenly I am not eligible for their help because I should focus on being a student. It’d be too much for me. Um, hello? Do you know how many college students have part-time jobs???

Oh I get it. You mean it’s because I’m disabled and god forbid I want to do two things at once. Does it strike anyone else as hugely ironic that the very systems which seek to support our inclusion in the world have this kind of capability bias exclusion thing going on?

A lot of you probably unconsciously see this as me complaining, trying to drum up sympathy or maybe even trying to make you feel guilty for something. It’s not that. If this essay is making you squirm a little bit uncomfortably (because I’m daring to tell you that it’s not all rosy and making lemonade out of lemons; some days my acceptance of my lot in life is damn low and some days disability is so frustrating and painful you want to bang your head against a wall,) then I’m going to take that as a compliment.

Let me say this loud and clear for everyone in the back:

It is not anyone’s job to make the thing they are living with or going through more palatable for you. It is not their job to worry about how complicated or uncomfortable it might be for you to digest their experiences and their decisions for how they express those experiences. They have the right to express their frustrations or the realities of the bad parts of their experience.

That’s not an invitation for a pity party woe is me black hole pile on. But if we legitimately want change of any kind, particularly in the social model for disability, we have got to give people room to talk about the bad bits without jumping down their throats.

You know how I was talking about that bar and how low it is? Well, there’s an interesting flipside and that is I honestly have lost count of the amount of times someone really well-meaning has asked me what my Paralympic sport will be? Before I unpack that, let me make it incredibly clear it is an honor and I am flattered that you think I could represent my country in that way.

I think Paralympic athletes are incredible testaments of strength, endurance, discipline, and determination. I am in awe of their achievements and the way they’ve managed to make their disability an advantage to them as opposed to a barrier. Kurt Fearnley and Dylan Alcott, in particular, are personal heroes of mine.

Do you guys see the weird situation that expectation of sporting excellence being the only visible route for a person with a disability’s success creates? You understand how weird it would be if we held able-bodied individuals to that same standard when society clearly gets that making it to the Olympics is first of all not everyone’s physical reality, only those in the highest echelons of athleticism get there, nor is it everyone’s desire in the first place.

But society has blinkers on when it comes to people with disabilities because that’s literally the only representation of disability and success that’s visible? We are not seen unless we are good at sport. Imagine telling a kid that if they’re not athletically inclined, too bad, they can go sit and watch the world and life go from behind the glass window. It sounds absurd. Well, that’s the message you’re sending.

We need to be represented, seen and heard in boardrooms, classrooms, courtrooms, design, hospitals, architecture, fashion, music, in books, onscreen and behind the scenes as well as in a million other arenas. Our stories need to be told. Lucky for us, we’re used to uphill battles.

We have work to do. Let’s roll.