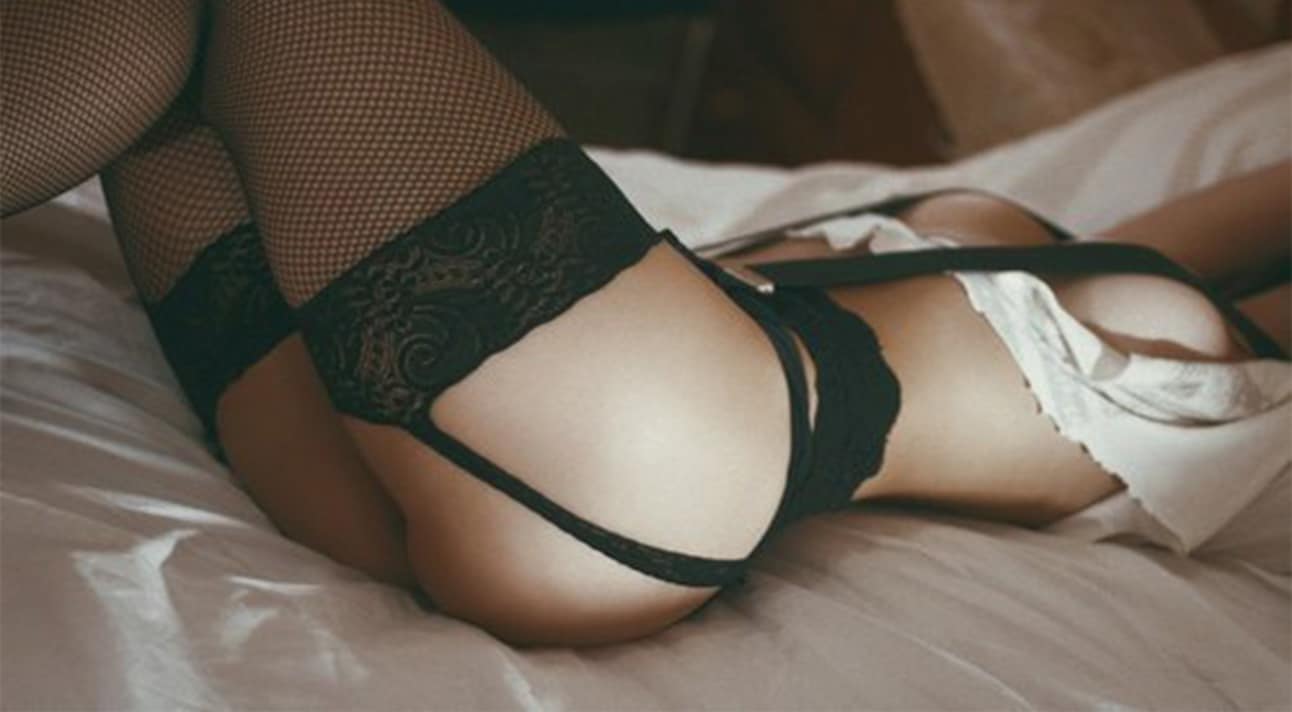 It’s taken me a while to stop slut-shaming myself, but I’m working on it (and you can too).

I have pretty strong feelings when I type that sentence or say it aloud.

Sometimes, and for the most part, I feel super strong and fun and sexy when I say it. Yeah, I’m a slut!

Other times, I say it with a question since I’m not always as sexually promiscuous as the word might imply.

Yet other times there’s a sense of shame and angst that come with a word I was raised to believe was all kinds of negative.

My husband, Flick was just designing business cards for us for our podcast and website on which he described us as “podcasters, sex-geeks, and sluts.”

I found myself resisting including the word slut.

Could a person really put that on a business card? Maybe we should say perverts or deviants instead. Would people take us seriously? What if we’re trying to run in serious polyamory circles that frown on casual sex?

As much as I want to fully embrace my sexy slut self, I still have some serious discomfort around the word.

I always wanted to be a slut, though I learned well when I was young that it was the worst thing a girl could be.

If a girl was a “slut,” it meant she respect herself and that she was of no value to anyone, so I stayed on the Good Girl path, even though I wanted so badly to be bad.

Someone talking to me in 7th Grade: “Jenny let someone fingerbang her. Slut.”

Me to me: “Ooh, really? Could I get fingerbanged?…”

Someone talking to me in 11th Grade: “That slut Natalie had sex with Trevor AND Lyle at the party!”

My teenaged panties were soaked thinking about it, even though I knew I was supposed to feel disgusted.

I jumped on the judgment train because I knew it was expected of me, but secretly, I wanted in.

She saw what I was letting him do and it felt doubly good to see her scandalized expression.

We didn’t talk about it after but I really wanted to. I wanted to hear all about the shock and awe she felt about what she’d seen.

I thought it was slut-adjacent behavior because of the age difference, though I didn’t ever hear of anyone talking about it behind my back. The social standing that came with having an older boyfriend was actually one of the only good things about that relationship — that and the fact that he was a truly decent guy in regard to never pressuring me to do anything I didn’t want to. The fact I wanted to do all the things likely made that easier for him, but again, we were in a serious relationship, so the sexy stuff was appropriate.

The closest I got to really being a slut when I was young was kissing guys in musicals while I was dating other guys in real life.

Playing Rizzo in Grease in high school and making out with Kenickie on a bench for a whole scene every rehearsal and performance was the best thing ever.

I wasn’t even attracted to the guy who played my love interest — it was that we shouldn’t have been allowed to do that, and we were doing it anyway. A few years later I got to kiss a different dude in a different show and transgressing that boundary again was thrilling.

I didn’t figure out until I was much older that transgressing boundaries is probably my favorite sexual stimulus.

It’s also part of the reason non-monogamy is so perfect for me. The fact that it’s against the social norms is a big aspect of why it turns me on so much. Getting to kiss and have sex with some of my friends while maintaining incredibly normal friendships with them is so damn hot, because they’re hot, and because you’re not supposed to do that stuff with your friends.

As good as it would be for society to have much more normalized forms of alternate relationships, I hope that having sex with people other than my husband (sometimes with my husband) remains somewhat disreputable.

That said, I do have some ambivalence about being thought of as “only” a slut.

The fact that some relationships of mine that began as entirely sexual grew into intense emotional connections — and sometimes even into love connections — lends my sluttery an air of respectability that I wish I didn’t feel the need to seek. I can’t shake off those societal lessons about how sex is one of the lesser, baser instincts we have, that it shouldn’t be a priority and that relationships based on sex are of less value than those based on love.

Flick and I bring our girlfriend, Iris to many events with our vanilla friends, but I would never consider bringing a casual sexytimes friend and introducing them as such. And some of the resistance I feel about announcing to the world at large that Flick and I are non-monogamous is that I know there are many people who would view our marriage as less legitimate than a monogamous one.

I reject the rules, but I do benefit from the social capital of a long-term marriage, so it’s hard for me to throw that away.

Even within my marriage, learning to shake off the negative connotations of being a slut has been difficult.

He helped me along immensely when he walked in on me changing for a date once and announced, “Hey! It’s my magnificent, sexy, slut wife!”

I was completely stunned for a moment — shocked, mouth hanging open — but my automatic indignant reaction quickly turned to feeling excited and happy that he sees me that way.

That said, it hasn’t been easy to entirely throw off the feeling that he’s judging me in uncomfortable ways, and though we’ve had a few MFM threesomes, they’ve been extremely rare in our sexual repertoire. I tend to watch Flick entirely too carefully and judge any discomfort in his expression or lack of responsiveness as his feeling unhappiness being present while I’m being a slut. I took that on, started slut-shaming myself, stopped enjoying myself, and eventually, I quit suggesting we have them.

The programming I received growing up that I must protect my man’s feelings above all else was, apparently, extremely effective.

Flick and I talked about this issue with the MFM threesomes again recently, and after reading Emily Nagoski’s book, Come As You Are, which explains how new and different experiences often hit the brakes on some people’s arousal, I understand that it’s much more about the experience being different for him than it is any judgment being made by him about my character. Our plan is to try having them regularly with the same guy from before since we suspect that the familiarity will probably help Flick get into it more.

When I’m with other sluts it’s easy to embrace the term — Go, slut magic! — though I continue to struggle with embracing it fully outside of that happily accepting circle.

I did give Flick the go-ahead on doing the business cards, slut and all.

I’m hoping that using them and standing up to people’s (potentially) negative reactions to them will help me embody the term more fully.

Besides, I do dig the zing of an air of disreputability, and I will enjoy seeing the occasional shocked expression.

Slut? On your business card? Who would do that?