Books are cheaper than therapy.

Ever since I read my mom’s copy of the M. Scott Peck classic, The Road Less Traveled in third grade, I’ve been obsessed with self-help books.

And having weathered my share of ill-fated relationships, I’m always searching for one that will be the key to a perfectly fulfilled, healthy, and enduring romantic relationship. So, for what it’s worth, here’s my take on three of the most popular relationship self-help titles out there…

Getting the Love You Want, Harville Hendrix, Ph.D 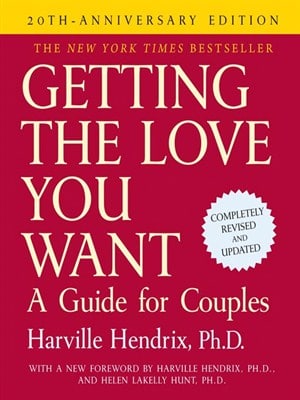 Getting The Love You Want is a stalwart of the self-help genre. First published in 1988, it’s been heralded by Oprah as “the best relationship book EVER.” She credits the book with saving her relationship with Stedman. I mean, Oprah and Stedman never even got married, so I’m not totally convinced, but okay.

The book’s premise is that we seek out partners who are screwed up in the same way our parents are, so they’ll do the same terrible things to us that our parents did. Basically, we’re destined to repeat patterns we saw play out in our childhoods.

After the initial infatuation of a new relationship wears off, our unresolved issues (abandonment, rejection, smothering, shame) inevitably surface. When we’re no longer getting what we need from our partners (the ‘power struggle’), we try to manipulate them into giving it to us, using tried-and-true methods like criticizing, belittling, and withdrawing.

If you’re going to dive into this one, make sure you’re really committed to slogging through the swamp of your psyche. In my case, I’m not sure which did more damage to my idea of what a romantic relationship should look like: my parents’ extremely acrimonious divorce, or repeated viewings of The Little Mermaid and Pretty Woman during my formative years.

The Five Love Languages: The Secret to Love that Lasts, Gary Chapman 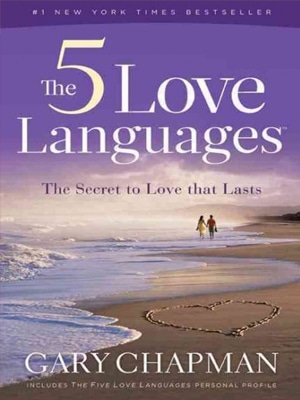 The first thing that bothers me about Chapman’s book is that it’s on the ‘Christian Living’ shelf at the bookstore. I’ve got no problem with religion — I’m into it. But any relationship advice book that’s housed in the Christian section is automatically suspect, even for a Jesus fangirl like me. I just know I’m going to asked to ‘submit’ at some point. No thanks.

While Chapman doesn’t specifically say, “wives, submit to your husbands,” he does say that spouses need to figure out each other’s preferred “love languages” and then show their partner love using their preferred “language.” So if your husband’s love language is “physical touch,” guess what, ladies? You better give it up.

The five love languages are: Words of Affirmation, Quality Time, Receiving Gifts, Acts of Service and Physical Touch. In other words: Tell me I’m pretty and you love me, Do everything with me, Buy me stuff, Wash the dishes and take out the trash, and Fuck me. I mean, who doesn’t want all of those things from their relationship? (Kidding! Maybe…)

There are questionnaires to help you figure out which love languages you and your partner speak. Once you figure it out, you do the thing your partner likes, even if it’s not how you prefer to express your love. And they do the same for you. I found this idea extremely depressing. 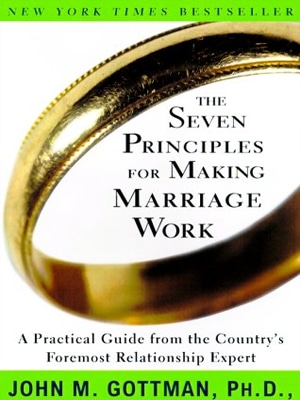 This book has no religious overtones at all. Thank goodness. Gottman is all about the science. He claims that after watching couples in his “Love Lab,” he can predict whether or not they’ll divorce with up to 94 per cent accuracy.

I first picked this book up at a relative’s house, where I read it and quickly predicted the demise of my own marriage, with 100 per cent accuracy. (That relative is also now divorced.) Gottman calls the hallmark behaviors of couples headed down the road to divorce ‘The Four Horsemen.’ My marriage had all of them: criticizm, contempt, defensiveness, and stonewalling.

What happens if you allow the Four Horsemen to run wild? According to Gottman, the death knell of a relationship is when you see your problems as severe, talking things over seems pointless, the two of you are leading parallel lives and loneliness sets in.

But the presence of the Four Horsemen doesn’t necessarily mean your relationship is doomed. You just have to be willing to work on it. Sharpen your pencils, you and your partner will be making your own ‘love maps’, filling out a ‘fondness and admiration questionnaire’ and doing self-assessments like ‘Is your marriage primed for romance?’

I actually really liked this book. I don’t have it anymore though, because I gave it to a friend who was in the midst of marital strife. A few weeks later she brought it back to me. “Yeah, we’re getting divorced,” she said. I told her to pass it on to someone else in need. Now I imagine that book making its way around, administering the deathblow to marriages all over Brooklyn.

Comment: What relationship self-help books do you love and/or hate?