I Traveled To Australia’s Gold Coast For A Romantic Getaway, And WOW

Forget everything you thought you knew about The Gold Coast. Australia’s top vacation destination has come of age.

There was a time when Australia’s Gold Coast didn’t have the best reputation.

If you wanted to enjoy the sights, sounds and flavours the vacation hotspot had to offer, you had to contend with cafes overrun by tourists, serving up predictable, overpriced fare, and a general lack of interesting, upscale attractions.

But today’s Gold Coast is a very different scene to the one most of us are familiar with, as I discovered when I traveled there for a weekend away with my beau recently. Admittedly, I was less interested in soaking up the culture as I was in doing my job, covering the Logies – a who’s who of Australian TV that’s traditionally taken place in Melbourne and relocated to the GC this year. But when I stepped out of our hire car out front of our accomodation at The Star Grand, it was clear I was in for an attitude adjustment. 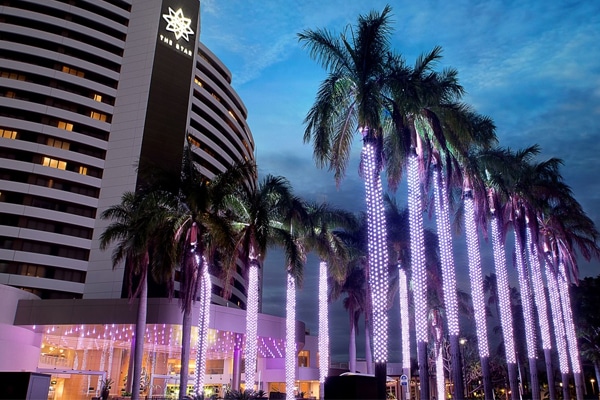 For starters, the newly relaunched Star Grand is almost nothing like its predecessor, Jupiters. After undergoing an $850 million makeover and rebrand last year, the venue has been transformed into arguably one of the most upmarket hotel venues in Australia. Eleven new food and beverage offerings, including a hatted Japanese restaurant, 596 refurbished hotel rooms, and a premium poolside experience are among the bigger, better offering, along with The Star Gold Coast’s new luxury suite hotel, The Darling, which housed the stars during Logies weekend.

Our room didn’t skip a single detail, either, with a signature range of luxurious bedding and pillows, prestige toiletries by L’Occitane, an addictively immersive dual-rain showerhead and on-call staff to cater to our every need. At one point a housekeeping staff member knocked on our door simply to offer me some complimentary L’Occitane hand cream and lip balm. At another, a bottle of hairspray showed up in our bathroom after I casually commented I’d just run out of mine while housekeeping were restocking our mini bar. 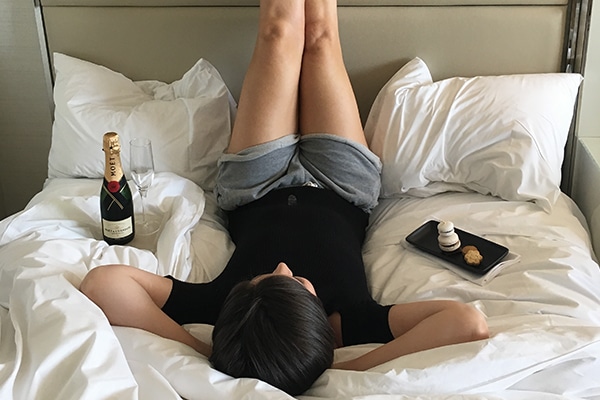 And the attention to detail didn’t stop there. A visit to the hotel’s spa, Azure, proved an hour and a half well spent. Therapists treated my partner and I to a heavenly couple’s massage with customised oils to ease our woes, followed by a quick session in the sauna that left us both feeling unusually relaxed (we’re both highly-strung people prone to stress) for the rest of the day. 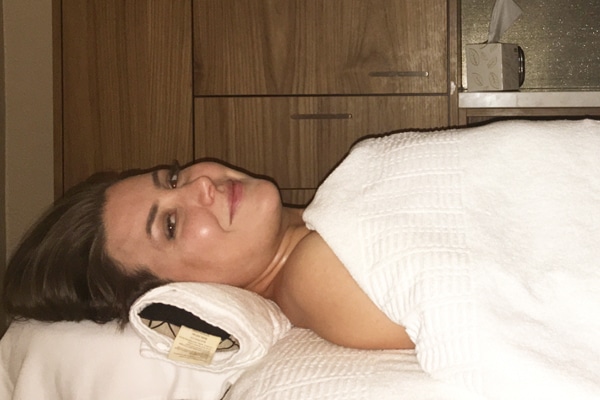 But where The Star really sung was in its new signature dining venue, Nineteen at The Star, where we feasted on fresh, modern Australian cuisine perched 19 floors above the glittering coastline before reconnecting over hand-shaken cocktails in the restaurant’s uber-chic lounge bar, sweeping over the Pacific Ocean. 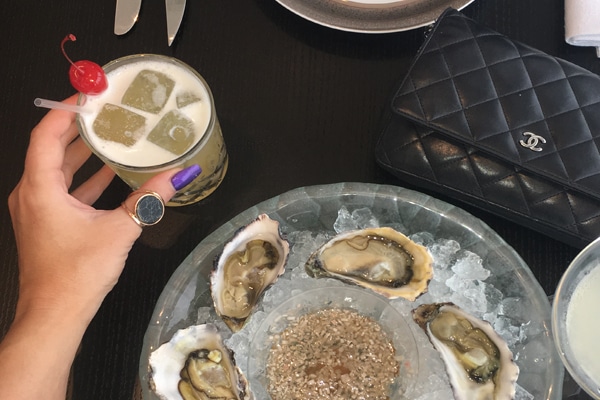 In fact, I spent most of the weekend in a state of foodgasm. Long gone were the overpriced crappy kiosks and fish and chip shops I’d remembered from my visits to the GC years ago, and in their place were hipster cocktail haunts, inventive plant-based cafe offerings and romantic fine dining spots.

Local standouts included Greenhouse Canteen & Bar, a plant-based eatery located in Coolangatta that outdid my expectations as a long-time vegan, and suitably impressed my carnivore boyfriend. So good was the food there, we piled up on takeaway treats from the restaurant’s dessert offering, including a mini vegan pavlova – something I was, until that moment, convinced didn’t and couldn’t exist. It tasted so much like the real thing I returned for seconds the following day. (Okay, it was thirds. So sue me.) 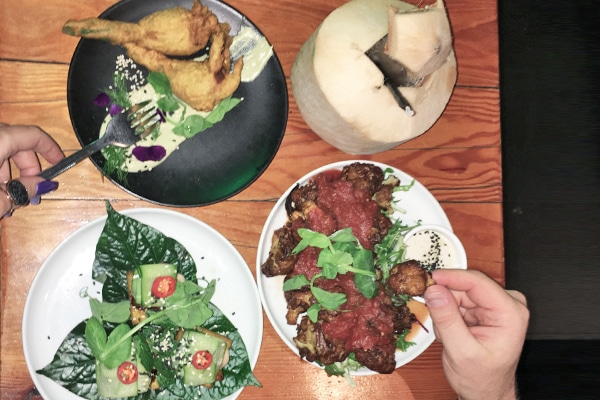 For breakfast, you really can’t go past Borough Barista – a local hipster hotspot along the beachside at Burleigh Heads that served us up unexpectedly tasty gems like beetroot lattes (now my new fave drink) and cacao crunch acai bowls. Everything is served takeaway style, too, so you can grab a hand-held bite and take it with you to explore the scenery and sunshine from Burleigh Heads Hill.

Perhaps the most surprisingly romantic activity of the weekend though, was a trip to The North Room, just a short cab ride from our accomodation, located in the quaint village of Mermaid Beach. Not only was the chef enthusiastically up for the challenge of catering to my vegan diet, but the venue’s intimate, dimly lit space and share-style dishes paired with a mouthwatering cocktail list had the SO and I gazing longingly into each other’s eyes by the end of the night.

Before the trip was over, we decided to get a little cliche, and take a yacht cruise with boutique yacht touring company Champagne Cruises. With the yacht all to ourselves and Veuve champagne flowing freely throughout the trip as our guide quietly steered us through calm, pristine waters, it was hard not to feel smugly lovey-dovey and take jealousy-inducing shots to plaster all over Instagram (both of which we did). 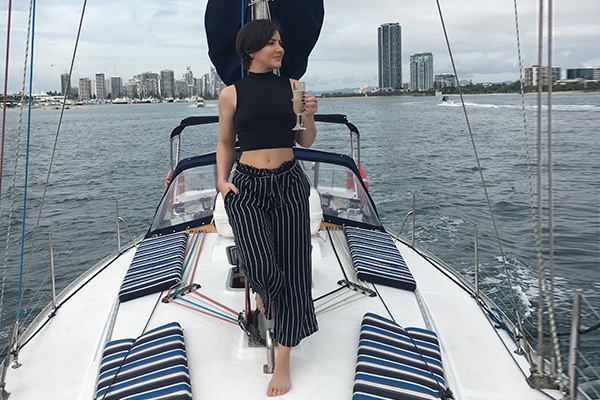 Our last stop before the Logies was GG’s Eatery & Bar in Broadbeach. With raw vegan slices, hearty salads and burgers and lush green juices served in mason jars decorated with fresh flowers, there was much to love here, and so we found ourselves yet again piling up boxes full of takeaway treats to take back to the hotel room for later on.

On the plane ride home, the couple in the row opposite us snickered “Somebody needs to tell those two to get a room,” as we basked in our reinvigorated lovey-doveishness. Even I was a little bit cringed out by how close the trip had brought us. (Though mainly smug.)

I laughed and elbowed my boyfriend. He leaned forward and interrupted their snickering with his most accurate comeback yet.

“We did, thanks. It was great. You guys should try it!”

For more information on The Gold Coast, head to Tourism Queensland.