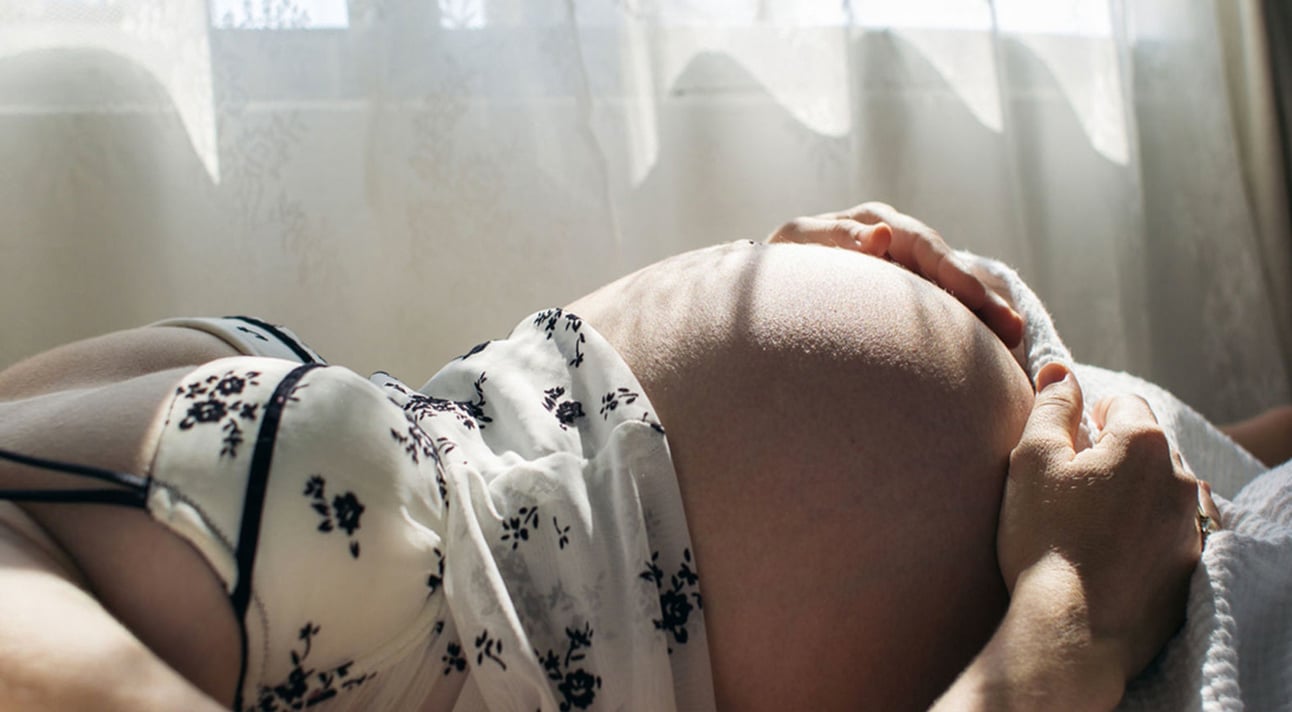 Stock photos seemed to get pregnancy and parenting all wrong.

Pregnant for the first time, I had no idea what was “normal.”

So I did what most of us do when we have a question: I Googled it. Every night after powering through a day of nausea, fatigue, and malaise, I’d search the number of weeks I was to find out what the hell was happening to me. Google anything and the word “pregnant,” and you’ll find that it’s somehow related. Crying at a dog food commercial? That’s totally because you’re pregnant. Smelling weird stuff that isn’t actually there? Yep, that, too. Lost your keys again?

You get the idea.

When it comes to pregnancy, there is no “normal” — all pregnancies look different — and so it’s frustrating that all the visual representations of pregnant people look the same. In traditional stock photography accompanying the articles I read, there are few people of color, the couples are heterosexual, and no one is visibly disabled. Pregnant stock photo models have perfect skin, perfect smiles, and a perfect office-ready wardrobe. There’s no linea negro, no pile of laundry in the background. Instead, conventionally attractive white women — thin but for their bump, which is perfectly round and smooth and nary a stretch mark in sight — inexplicably roam through fields of sunflowers.

Stock photos seemed to get pregnancy and parenting all wrong, so when a Facebook friend posted that a parenting website she worked for was looking for “real life” families to create more authentic stock photos, I offered myself up.

Sure, in some ways, I’m what you’d typically see: I’m a white cisgender woman, blonde (thanks to my colorist), and conventionally attractive (if I do say so myself). At the same time, at 5’3” and covered in tattoos, I’m certainly no model. My husband — who would also be participating — is of mixed heritage. Although we pass as heterosexual, we’re both bi. At 37 years old, my pregnancy was literally “geriatric.”

I was around 20 weeks pregnant by the time the photo shoot rolled around, which took place at the editor’s posh apartment. When we walked in, an African American couple with a rambunctious newborn had just finished their photo shoot. One single mom days away from giving birth chatted with the lighting person about her plus-size pregnancy.

I’d followed the casting director’s instructions and brought a handful of T-shirts and leggings from my actual wardrobe. I also bought a couple of pieces I bought specifically for the occasion, including a wildly sexy bodysuit from Victoria’s Secret that I haven’t worn since. I put on a T-shirt and leggings, then sat down for hair and makeup — never mind the fact that I only very rarely wear makeup and often go days without washing my hair.

Maybe if I’d seen more varied and natural images of women before and during their pregnancies, I’d have been more prepared for how carrying a child can change a person’s body. As it was, for much of my pregnancy — particularly the early months — I felt uncomfortable in my skin. Comparing myself to unrealistic standards, I pushed myself more than I should have. In traditional stock photography, you’ll see pictures of women jogging well into their third trimesters. When I tried to run, I peed myself.

By my second trimester, my ordinarily athletic body had taken on the shape of a fertility statue. Cellulite visibly dimpled my thighs and arms. The photographer’s instructions to “act natural” were easier said than done when standing in a stranger’s kitchen, staring into their fridge. Instead of eating the requisite salad, they posed me drinking coffee and eating chocolate — which was about right for me — in spite of some people’s fears that it can impact the pregnancy. After that, I changed into the bodysuit, and we shot a series of pictures in the enormous bathroom (very conscious of the fact that our real life bathroom is the size of a postage stamp).

They took a couple of shots of me leaning into the mirror, pretending to apply mascara, and then a couple more of me standing on a scale, looking perplexed.

Just as we’d finished, my husband Arran emerged sheepishly from the other room wearing a T-shirt and flannel pajama bottoms. I changed again into a favorite bra and underwear, and we moved to the bedroom where he and I posed on the editor’s gorgeous King-sized bed. In real life, my husband and I share a full-sized mattress along with our two dogs, and everything’s covered in pet hair. There’s no pet hair in the stock photography world.

By then, I’d figured out that this photo shoot was less about portraying our reality as it was offering an alternative to what you’d typically see.

Pregnancy had brought my husband and me closer together. Arran and I were one of those annoying couples who said, “We’re pregnant!” After the early trimester symptoms subsided, we’d even had great pregnant sex. Even so, that day, instead of snuggling romantically like you’d typically see expectant couples doing in stock photography, in one photo I am looking at an iPad while he stares at his cell phone. In another, he’s got his hands on my tummy with a hilarious look of shock on his face.

That afternoon, Arran and I got a glimpse at our future. Among these very different families in all their less-than-picture-perfect glory, I imagined a close approximation of our life today. As I type this, my eight-month-old is climbing on me as if I am a jungle gym, and I’m in sweats, hoping to somehow eventually make it to the gym. Our living room floor is a sea of board books, stuffed animals, and plastic toys. As for my body, pancake boobs and “mom hips” are the new normal.

A month or so after the shoot, one of my Facebook friends said they saw a picture of me in their social media feed with a headline jubilantly proclaiming, “I have a hemorrhoid the size of a baseball!”

It was a little embarrassing, and not true — I didn’t even know what hemorrhoids were until my third trimester — but I swallowed my vanity and told myself I had taken one for the team. I felt pleased with myself for contributing a more accurate picture of pregnancy until I read the comments under the article: “No one wears an underwire bra in bed!” one reader complained.

Touché. At least we tried.

Stock Photos: Where Men Are Men And Women Are Women
When It Comes To Pregnancy Discrimination, Equal Is Not The Same As Fair
Pregnancy Trauma & Its Resultant Anxiety Makes Another Pregnancy Impossible