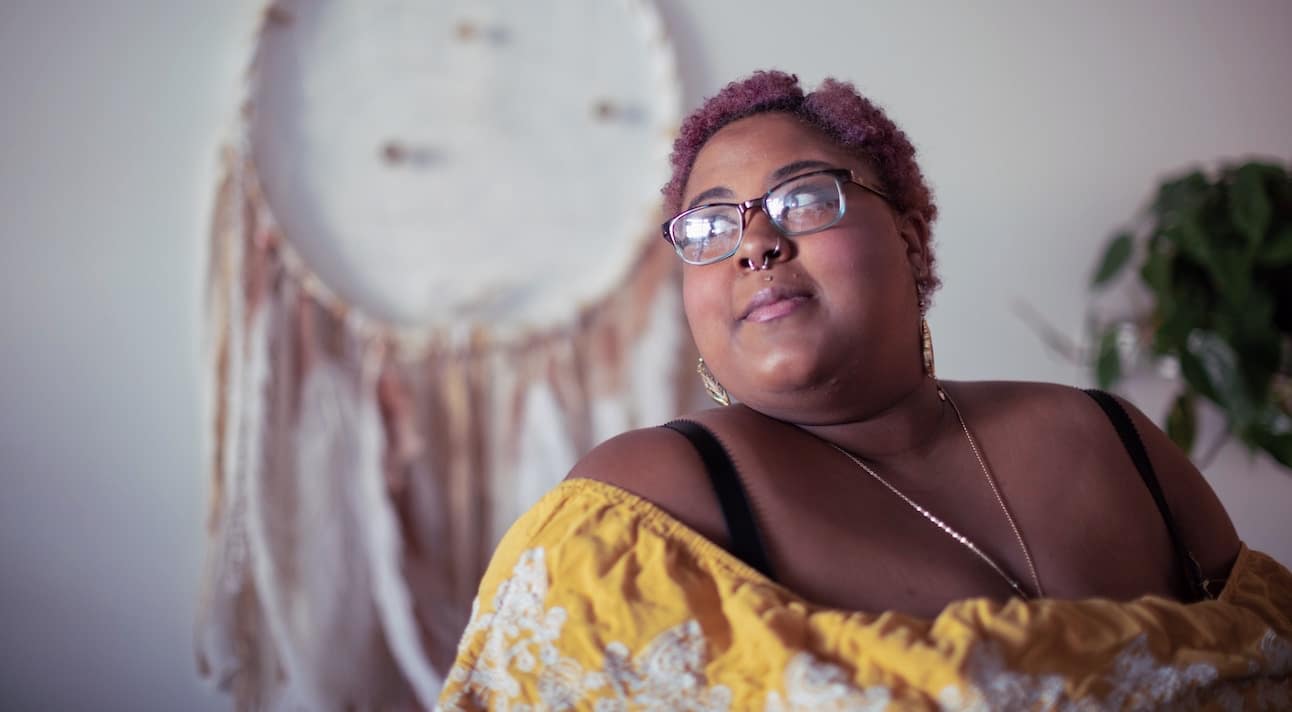 I don’t think that they even considered the concept that someone could be fat and still happy.

I know it sounds like I’m exaggerating. After all, how terrible could a weight-loss camp for girls be?

Well, it was bad enough that I’m still dealing with its after-effects decades later.

It was my idea to spend my summer at Camp Murrieta. My parents didn’t force me, and I wasn’t fat-shamed into it. I was 15, chubby, and thought it would be an easy way to lose some weight before starting my sophomore year. This was before weight-loss surgery was as prevalent as it is now, before cleanses were commonplace, and before reality weight-loss shows publicly humiliated fat people. I already lived in a fatphobic home where the message was, “If you’re not hungry, you’re not trying hard enough,” so fat camp would feel just like home!

Fat camp would be a piece of cake — that I wouldn’t be allowed to eat.

When the term “fat camp” is used today, it has a completely different spirit than it did back then. Now there are weight-loss camps that try to teach healthy habits while still helping campers feel good about themselves at whatever weight they are. There’s also something called “F.A.T. Camp” (Fat Affirmative Tactical Camp), which Virgie Tovar describes as being for “fat-identified, fat-positive people who come together to build community and share tactics for ending fat oppression.”

Camp Murrieta wasn’t like either of those two camps. They had only one goal: to deliver a thinner child back to their parents. There was no self-esteem building, no body positivity, and very little compassion.

I don’t think that they even considered the concept that someone could be fat and still happy.

And while it might not have been Camp Murrieta’s intention, their program put so much focus on food restrictions that they caused most of us to continue to have huge issues with food well into adulthood. The truth is, it’s practically impossible to be in an environment that teaches you to deny yourself food and to hate your fat body and not develop feelings of anxiety, worthlessness, and failure.

When we arrived at camp, the staff went through our bags for any gum, candy, or mints that we had with us. Anything not on the diet plan wasn’t allowed in our bodies. Like with prison inmates, our mail was checked for any contraband. Still, some enablers were clever, and things got past the camp’s scrutiny: a pillow could be stuffed with chips, a sock might contain Skittles in its toes, and a Teddy Bear might be full of peanuts instead of synthetic batting.

In my first letter to my parents, I wrote, “I’ve lost six pounds in the first week. I jog every morning and exercise almost all day. I find myself eating things I don’t like because I’m so hungry. For instance, cottage cheese and fish. Don’t expect me to eat those things when I come home.”

Most of the meals were under 1200 calories, regardless of your age, weight, or body type. We ate off plastic trays divided into small compartments containing miniature servings of food. If you weren’t satisfied by your meal, too bad. Seconds and snacks were not allowed. A sample dinner would be a piece of skinless chicken the size of your palm, boiled or broiled, some steamed vegetables, applesauce for dessert, and if you were lucky, a small wheat roll. If you could control your appetite and refrain from eating your roll, you could use it to bargain with another camper for some coveted junk food.

I tried to ignore my body’s signals that it was hungry. If my stomach growled or I felt dizzy, that meant I was on track with the program. But even the thought that “nothing tastes as good as thin feels” could make me ignore the hunger pains.

Food was no longer something that nourished our bodies. It was a reward for mastering control of them.

If the campers weren’t losing enough weight fast enough, then the chicken and bread would be switched out for liver, fish, and alfalfa sprouts (items that no one wanted to eat), and extra sit-ups and runs would be added into the mix.

Where I had been mildly hungry at home, I was ravenous at camp.

“When I get home, I’m going to eat a large pizza with pepperoni, sausage, and olives all by myself,” my camp friends and I would say to torture ourselves.

During our meals, we’d talk about all the forbidden foods we craved, like potato chips, pasta, French fries, and hot fudge sundaes. At night we dreamed of not only of the foods we weren’t allowed to eat but of being able to eat them without consequence. Heaven definitely had to be a place where you could eat whatever you wanted and never gain a pound.

We were privileged, entitled, and fortunate — yet we felt deprived, powerless, and controlled.

As a reward for losing weight, campers would be taken to the nearest mall for window shopping. The camp felt it was important for us to see the clothes we’d soon to be able to fit into. During those trips, the counselors would go off on their own, and we’d use the time to shoplift. I remember a trip where seven other girls and I stole family-sized bags of M&Ms, candy bars, and as much candy as we could fit under our shirts. Once back to the camp, we divided the spoils and consumed them as quickly as we could, usually sitting on the toilets so no one could see us shoving the candy into our mouths.

Even today, if there is candy in my house, I eat it as fast as I can in case I don’t get my fair share of it or it’s taken away from me. I feel as if I’m committing an act of defiance when I eat dessert in a restaurant.

Camp Murrieta closed down many years ago, but it remains a voice in my head that I work to ignore. I try instead to listen more carefully to what my body tells me.

Fat Shaming DOES Inspire Me
I Say I’m Recovered From My Eating Disorder, But I’m Living A Lie
Weight Watchers Offering Free Memberships To Teens (AKA Future Of Yo-Yo Dieting)