I’m Not The Girl In The Mirror

Mental illness has a way of warping your sense of reality.

I’m not the girl in the mirror.

The one with her head held high and a sing-song in her voice; smiling and laughing an impossible amount.

The girl who can’t be embarrassed, intimidated, or easily perturbed, because she’s too cool for that kind of crap.

I’m the one standing just behind her – out of sight, but never out of mind.

Scratched into her silences; tangled in the quiet wringing of her hands; dripping in the indifference slowly seeping into every crevice of her life.

I’m the tight clench behind her smile, the methodical click in her jaw; the shrill alarm bells screaming at her sleepless body at night.

I’m the warm whisper tempting her with familiar mantras of self-loathing. The leaden tears escaping behind closed doors.

I am not a choice, a phase, or a cry for attention, nor a sign that she’s ungrateful for her life.

I am an illness.

I’m as present as a fractured bone or a hacking cough. As searing as a high fever or an arthritic limb. As hard to shake as the limp of a torn tendon or the rattle of a smoker’s lung.

And yet, you probably don’t know I exist.

I’ll never call in sick to work, or announce myself among friends. I won’t even let you see me. I’m way too cunning for that.

But I’m here. Out of sight, but never entirely out of mind; waiting for my next moment to steal the light from behind happy eyes. To wring the laughter from joyful hearts.

And when I appear, you might not know it, but you’ll probably suspect.

You’ll suspect it in the strange quietness, the conversation lulls, the glaze that comes over her face. The way her lip shakes when her mouth forms the words “I’m fine”; the lines that stop dancing around her eyes when she smiles. You may momentarily ponder the deadness behind her laugh; the inflections missing from the ends of her sentences that suggest she’s not herself.

But she’s still in there, somewhere, clawing for slivers of air, even when my grip is suffocating.

Because I do not define her.

I am but a splintered bone or a loathsome flu that must take its inevitable course. 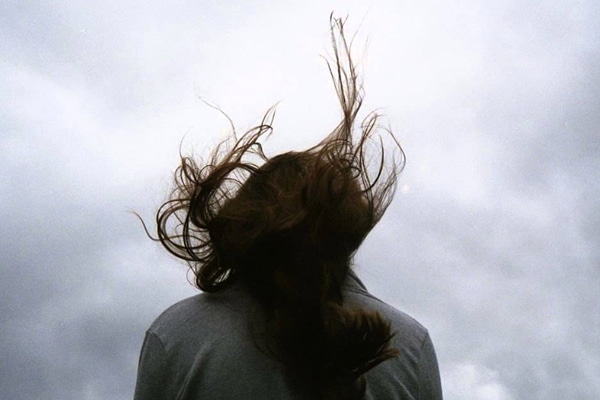 I’m not the girl in the mirror.

Remember that. Remember that when my weighted cloak settles over her shoulders again; when my mask descends over her face, stealing some of its beauty. Remember it when I replace her sing-song voice and her loud laughter with long nights of heaving sobbing and longer days of still emptiness that’ll make you wonder where she’s gone.

Because she’ll wonder it too; when she stands in front of the mirror and sees that strange distorted reflection that appears every time I take hold. She’ll wonder if she really is the worthless burden I show her when she looks at herself in the mirror those days; and she’ll forget entirely about the girl throwing her head back at the end of jokes, sending texts to remind you she cares, and squeezing the last drops of juice out of life’s little moments of pleasure.

You may even have to remind her in those moments, that she’s still there, buried underneath the weight of my heavy robe. Remind her through tight, silent hugs and a handful of healing words; “I’m not leaving you, I’m here for you” – the soothing chicken soup to her stopped heart.

So when you next see her, staring vacantly into the mirror with that glazed expression, tears escaping from her eyes like children flooding out the school gates at the end of the day; do not tell her she’s changed, that you feel like you don’t know her anymore, that you wish she could just be happy again like she used to be.

Because she’s not there; any more than she could be there if she were bed bound with a high temperature, or rendered mute with a case of laryngitis. If you wouldn’t ask her to run with a twisted ankle, don’t ask her to try and be happy again when I’m squeezing the life out of her. And if you wouldn’t tell her you missed when she used to be beautiful if her face were destroyed in a twisted fate, don’t tell her you missed when she used to laugh and smile when she’s trying to breathe behind my mask.

Just be patient with her.

Treat her as you would if she were fighting off a virus, and needed a bit of extra understanding and time to recoup her spirits. And know that she’ll eventually be back. Because when my veil lifts, you’ll see I’m not the girl in the mirror.

And she’ll see it too.

Images via shutterstock.com and tumblr.com.

If you need to speak to someone, head to mentalhelp.net for a list of national helplines for confidential, 24/7 support.

Comment: Do you suffer from depression? How would you describe the experience of going through a depressive spell?