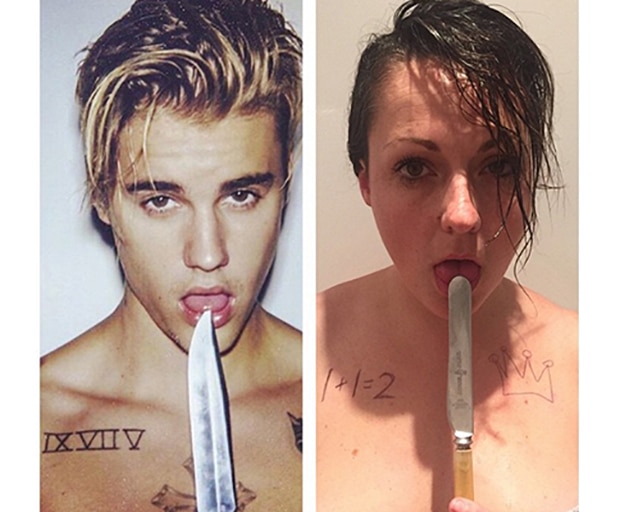 Tell us about your passion as a comedian? How long have you known you wanted to make people laugh?

People have been laughing at me for as long as I can remember. From a really young age people would always laugh at stupid things I did, it used to frustrate me because I wanted to be taken seriously.

What was the hardest time in your career and why?

It’s really hard to have a consistent ongoing career in Australia. It can be quite disheartening at times. I know some of the most amazing actors that are working for their parents to pay the bills. So whenever I am working I’m really grateful. The hardest time I have had while actually working was when Mark died. We worked together on All Saints and he was my best friend. When he died I never wanted to act again.

My friends. I have the greatest friends in the whole wide world, I’m sure other people say that but they are lying, MY FRIENDS ARE BETTER THAN ANYONES. I’m pretty picky with the people I spend my time with, so the people I surround myself with are quality. I LOVE actors and creative people, they really inspire me, but most of my friends have ‘normal’ jobs from HR management to retail assistants. My sister, Olivia is a university tutor and is by far my favourite person in the whole wide world. 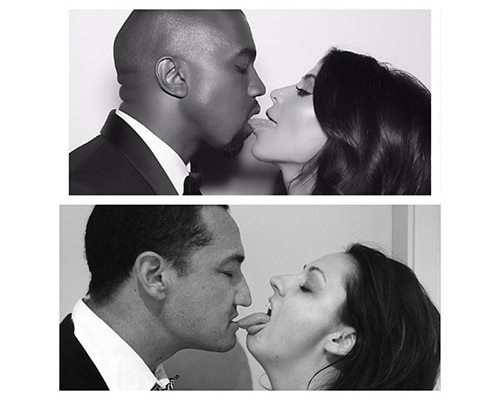 How do you feel about the huge amount of media you have received in the past two weeks?

What has been the craziest minute of the past few weeks?

Sitting with my husband and two friends Kate and Phil last saturday night. My sister called and told me the Daily Mail online had done an article on me. So we spent the rest of the night watching my Instagram account grow. We invented some fun drinking games: ‘For every 100 followers we must scull.’

Because it’s weird. I’ve been working in the industry since 2003 and all of a sudden I post a photo of myself lying half naked on a dirt pile and BAM, I’m running for president.

How did you handle it?

Why do you think people have responded so well to your take-offs of celebrity photos?

I don’t really know, I think people like to laugh, I know I do. Seeing fancy people do fancy things that require A LOT of fancy money and calling it ‘everyday’ is kind of tiring to see all the time. So I wanted to be me, not so fancy, a bit silly and super honest. 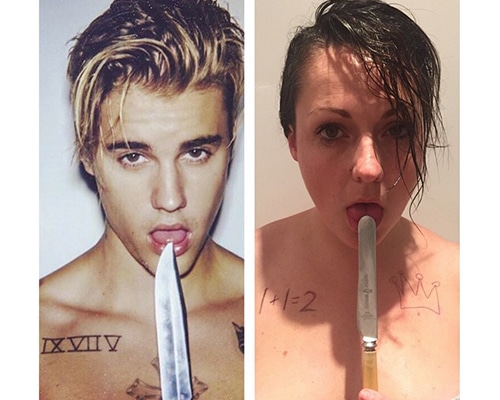 Did you have a mentor?

I have a few, I ask a lot of different people what they think about a script or a photo I want to post before I do it, the people that are close to me are my mentors.

Who/what helped you to get your career of the ground?

MY PARENTS, my mum has always said to me is “just be yourself” and that has always stuck in my head. As well as financial supporting when I as younger, they were always said and lead by me. If I called them and said that I wanted to leave my agent and freelance for a while, even though the security of an agent was appealing to them they were always supportive of my decision. My dad would say: “Whatever you want to do princess is great.”

What were the stumbling blocks, initially getting started on your career path and since then?

It wasn’t until I actually started working on All Saints that I realised I was funny. I had done the Big Laugh Comedy Festival before I started on the show, but I didn’t really think I was great at it. I really love and respect the people I worked with on that show and we had so much fun. Joking around on set with people like Mark Priestly, Virginia Gay, Wil Traval – people I think are fucking hilarious was where I think I found my confidence in comedy. 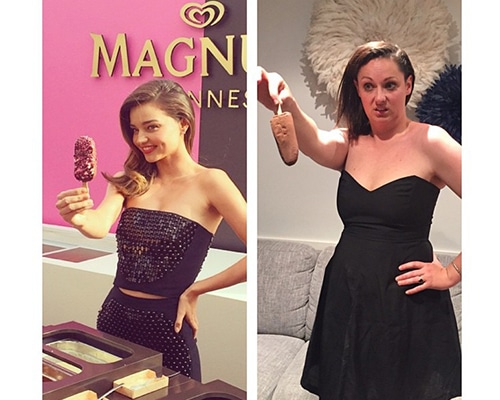 How did you overcome these?

I feel like I got old really fast, I have always been the youngest in my group of friends. But then it felt like all of a sudden there were people younger than me audition for the same things and I thought: ‘Okay, it’s time to realise that funny is your thing, and if you’re not going to wrap your head around that soon and have a crack at this acting thing then there are a lot of younger people who will do it for you.’

You said “next step Ellen”, which is so totally possible (and we cant wait!).  What would you love to ask Ellen about her career as a comedian?

The first thing I would ask her is if I could go house shopping with her, I LOVE interior design (I’m constantly moving my house around, much to my hot husbands disgust) and she seems to buy a house live in it then move 6 months later. I’m quite angry, loud and self- deprecating with my comedy, whereas I find Ellen to be upbeat and positive which I LOVE. I would ask her if I could borrow some of her ‘happy pills’ so I could be more like her.

Who makes you laugh?

My 4 year old son Lou, he LOVES making people laugh.  My sister and the way my mum talks to my dad when she knows she has an audience. Also, my husband falling over is the funniest thing ever. He is the most grounded, coordinated, centred human I have ever met. He surfs, skates, snowboards and can ride a bike one handed while carrying our sleeping 4 year old son. So when he slips or trips on something, I have to stop what I’m doing so I can respect the belly laugh that is about to spew out of me. 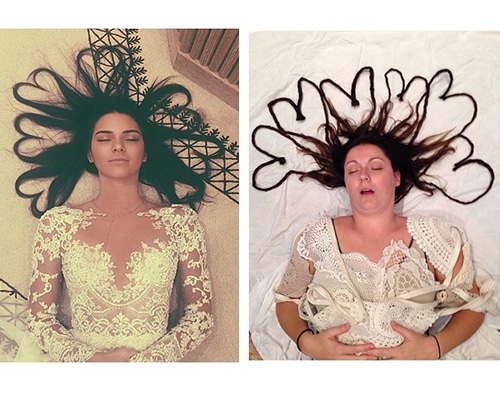 What advice would you give to someone wanting to follow the same path as y?

I really struggle with giving people advice. There is SO MUCH advice being given by people that are really privileged and out of touch. Insta quotes will be the death of me. So I guess my non advice would be: Have a crack at it, or don’t. Whatever.

What is your biggest dream for your career?

Work with Tina Fey, I want to do more TV. I LOVE working in TV. Sitting around on set a lot of people talk about doing films, but my heart lies in TV.  I want to be given lots of money to work on the scripts that my friend Belinda and I have and when they are ready, shop them around. That would be pretty cool. To be honest, I’d like to be offered something, I’m HORRIBLE at auditions I hate them so to skip that step and just be offered a comedy role would be a highlight. I’d love to be part of SNL.