What do you do on a day-to-day basis?

My role with Oscar’s Law changes day to day, it is so unpredictable and difficult to plan as anything can happen. We keep an eye on what the industry are doing and saying so we can respond immediately. I spend a lot of time reading state legislation so I am prepared especially for our meeting with politicians; we can tell them what’s not working, and why we need change. Writing submissions for legislative change is difficult and time consuming but vital to what we do.

We also have many awareness projects on the go so touching base with all of them and making sure they are progressing. Following up on complaints of cruelty is a big part of what I do and we liaise with other organisations in order to get the best outcomes for the animals. We are always looking for and creating opportunities to bring about awareness to the issue and finding ways to reach different audiences as people react differently and we need to tailor our message in order to expand our reach.

How/when did you know this is what you wanted to do as a career?

I don’t get paid for volunteering with Oscar’s Law. Oscars Law simply doesn’t have the funds to hire staff but I am also morally opposed to paying myself or anyone else. Oscars Law will always remain a grass roots organisation. We are the underdog in many ways, we don’t have a lot of money or paid staff but what we do have is thousands of dedicated supporters who continually help to raise awareness and we have succeeded in making sure this issue is on the political agenda.

I still work as a registered nurse. I put myself through university when both my daughters were in primary school. Once I graduated I chose to work in aged care as I saw many injustices and knew I could bring about change. I worked my way up to manager and then within a few years I was promoted to area manager and managed 5 nursing homes. I eventually took on a role as Quality Manager for an aged care company. It was a role I loved as I was empowered to really make a difference in the lives of our elderly residents, and it was something I had worked so hard to achieve. However the time I was dedicating to work left little time for my volunteers work for animals. So at the age of 47 I made the decision to quit my career and focus on my work with Oscar’s Law. I now work for a nursing agency and work 3-4 nightshifts per week in order to pay my bills.

When did you start Oscar’s Law and what took you to begin the campaign?

I founded Oscars Law in 2010 but I have been working on this issue since 1993 when I first found out about puppy factories. Back in 1993 no one had heard about the issue and no one gave much thought about where the cute puppies in the windows of pet shops came from. I thought it was an incredible injustice and when I went to my first puppy factory I resolved then and there to do everything I could to bring about change, the decision changed the course of my life forever. Fast forward 20 years and I am very proud of what we have been able to achieve, now more people than ever know about puppy factories and are making kinder choices, they don’t want to contribute to this industry and the public are taking away the market from puppy factories.

What were the stumbling blocks, initially getting started and since then?

Initially it was just getting people to believe me, no one thought we could be factory-farming puppies in this country and even those that worked within animal welfare refused to believe it was an issue. It was a very lonely time, and giving up seemed to be so easy. I wasn’t taken seriously and the people with a vested interest did everything to shut me down and discredit me. I was challenging and threatening to expose the way they made their income. It became almost unbearable at times with the constant threats and lack of support due to people just not thinking it was an issue. The industry was huge and they had representatives on most Government animal welfare advisory committees so just trying to be heard was very difficult.

How did you overcome these?

I have never wavered from the belief that this is a terrible injustice based on cruelty and consumer fraud. I chose to block out all the negativity and not waste any time on it. I read up on every piece of legislation surrounding the issues and argued that all of the laws were to protect the commercial interests of puppy farmers not the dogs, and then I set out to prove it over and over again. Once you see, you cannot un-see; and what I was witnessing first hand on puppy factories was so horrific I simply refused to give up. 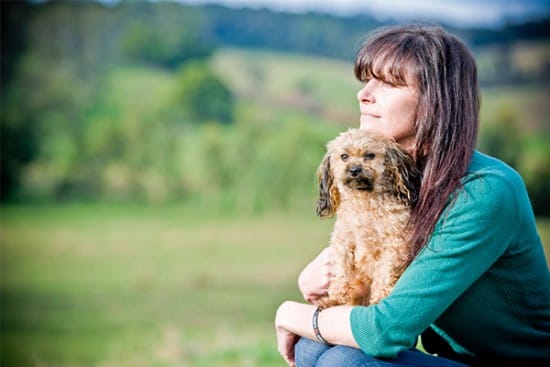 We are at the stage now where politicians are listening, and this is testament to our supporter base that have made this a political issue. We are currently working with political parties on legislative change that will make a huge difference and because this is a state issue we need to keep working in each state until we have a consistent national solution to bringing about an end to puppy factories. Oscars Law is a great example of a leaderless campaign whereby we empower the public so they can help bring about the changes needed. We are very proud that we have always supported grass roots campaigns and have offered support and guidance and helped fundraise for other organisations. I am determined that Oscar’s Law will continue to provide this support in solidarity with others in order to bring about change.

What is the response you receive from people when you tell them about the campaign and how do you get others to take action?

When people first find out about puppy factories they are horrified and eager to help. The graphic images of cruelty that these dogs endure can be quite disengaging as most people turn away, no one likes to view cruelty to animals. It’s why we try and find different and creative ways to reach out to the public in order to make them feel empowered and let them know they can make a difference and be part of the solution.

The animals, always. They are forever on my mind. I have witnessed what they endure, I have held them in my arms and I can feel their suffering. Their ability to forgive astounds me, they have every reason to hate humans but I have watched puppy factory survivors on their journey of healing and their ability to learn to trust and forgive humans is inspiring. We betray them in so many ways but puppy factories would have to be the ultimate betrayal to our ‘best friends’.

Driving community and political awareness surrounding the issue is a big part of what you do. Tell us about how you extend your important message?

This issue is so important to me and it’s been a 20-year journey so I am prepared to do what ever it takes to achieve a better outcome for these animals. Involving and encouraging other organisations to take on the issue is so important as it only make ‘our voice’ stronger. Collectively we can reach out and educate more people. Oscars Law organised a two-day advocacy program to teach others how to be advocates in their community and this attitude of empowering others and sharing ways to bring about change underpins everything we do.

What advice would you give to someone who is passionate about challenging puppy farming or wanting to follow the same path as you?

Don’t think you can change the world overnight! Be prepared to stick it out, change takes years. Try to find positive achievement with your campaign every day, I call them “moments of greatness”, it keeps you going. Reflect often on the things you have achieved. Ignore the haters, success breeds’ enemies. Stay focused on what matters. Believe in yourself.