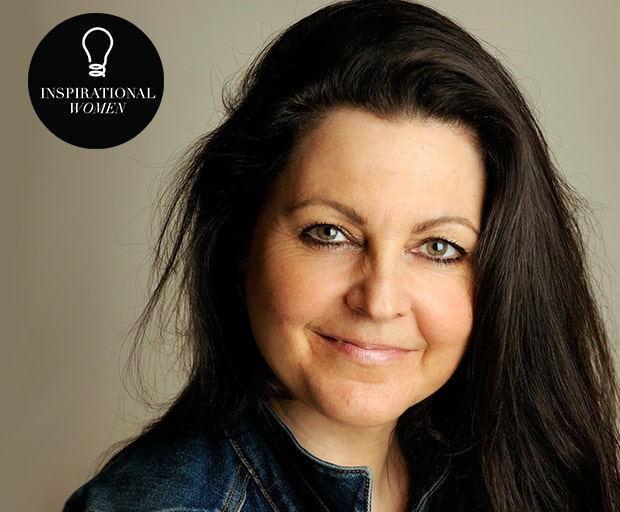 Tell us about your role.

I am the Co-Founder and Executive Director of the Australian Literacy & Numeracy Foundation, the first independent literacy and numeracy tax-deductible national charity (DGR) in Australia.

What does it involves? What do you do on a day-to-day basis?

I oversee day to day management of the ALNF as well as seeking funding and promote the great work of the Foundation. The ALNF is dedicated to raising language, literacy and numeracy standards in Australia and raises funds to establish and facilitate innovative projects and provide professional and direct assistance to individuals, their families and communities.

Your professional career is quiet diverse – including co-owning a modeling agency – what was your catalyst for change?

I studied graphic design after finishing school and was asked to model by an organisation that supported the design school. A year later, I left Sydney to live in Paris where I studied fashion design and worked as a model. Returning to Sydney in the early 80s, I joined a modelling agency which evolved into a job booking and managing the models. Shortly after, I took over and ran the modeling agency, changed its name and gave it a fresh image. In the mid 80s my first child was born and I decided to become a full time stay-at-home mum, and it wasn’t till ten years later that I started working again. My careers have been diverse, but fundamentally my specialty lies in business management, which is the same duty I have performed throughout my working life. Putting those kills towards helping disadvantaged Australians has changed my life forever and, apart from my family and friends, is the most rewarding thing in my life.

What drove you and Mary-Ruth to establish the Australian Literacy and Numeracy Foundation?

Mary-Ruth and I met in 1994. We instantly became friends and a year later business partners, where we created an extension of Mary-Ruth’s private speech pathology practice, The Sydney Literacy Centre. A few years later, television coverage of Mary-Ruth’s success with clients experiencing reading, writing and comprehension impairment led to an avalanche of phone calls (more than 3000) from distraught parents and community members wanting to help their children, staff and family who were struggling to read at even the most basic level.

Mary-Ruth and I took many of those phone calls and heard so many distressing stories. One call that will always stay with me was from a woman who had nearly killed her own child because she couldn’t read the dosage instructions on her daughter’s medicine bottle. Being a mother of four children, the thought of hurting one of my children because I couldn’t read haunted me. After that week, Mary-Ruth and I decided that we had to find a way to help more people… and so began our journey to establish a charity that could properly and equitably assist people in need of literacy support. The Australian Literacy & Numeracy Foundation (ALNF) was born. It took several years for the ALNF to receive tax-deductibility status, becoming the first literacy and numeracy foundation in Australia to do so.

What have been the stumbling blocks, initially getting started on your career path and since then?

There have been many stumbling blocks, but the biggest hurdle is still explaining the impact and issues surrounding illiteracy, and why an entity such as the ALNF needs to exist. For years I would receive comments such as, “isn’t it up to the Government to teach our children how to read”? My response is that, when it comes to our health we don’t expect the heath department to solve everything. Quite the contrary. There are charities for every internal and external organ of our bodies and every disease. Why is it that when it comes to education we just don’t seem to value it as much? There is also the perception that, because we have a system of compulsory education, literacy problems are not an issue in Australia, or that the problem really only affects people from non-English-speaking backgrounds. But this is not the case at all. Creating awareness of the problems that arise when someone can’t read, and asking the general public to support other individual’s educational outcomes has been our biggest stumbling block.

How did you over come these?

We invested and continue to invest in clear messaging around these issues. In 2009 we launched our Wall of Hands Indigenous Literacy Campaign. The Campaign was conceived to raise awareness of the fact that only one in five children in very remote Indigenous communities can read at the minimum standard. Through the campaign, we ask Australians to raise their hand to say they care and to help close the literacy gap. Our messaging is clear, “being able to read and write is a basic human right and without these skills you can’t function in the world we live in”. On a human, political, cultural, social and economic basis, literacy skills support an individual’s livelihood and feeds into a society’s development and growth.

The ALNF’s Wall of Hands has now become a national movement for change. To date, the campaign has contributed over $1.5 m to fund urgently needed literacy programs in remote Indigenous communities. Some of our campaign achievements include: The first ever television commercial in Australia to air in an Indigenous language and the first bilingual article written and published on the Sydney Morning Herald. We are also very proud that The Sydney Morning Herald won the United Nations Media Award for the ALNF/SMH Stories of Hope series. It was the first time The Sydney Morning Herald altered their masthead to include images and a statement of support for the Wall of Hands.

ALNF is now over 15 years old, congratulations! What where your initial goals for ALNF and how has the foundation changed?

Our initial goals were to deliver literacy programs in the Northern Territory, but these have definitely evolved as we’ve grown! To date, the ALNF raises funds to develop, implement and sustain six groundbreaking programs across 105 remote and urban New South Wales, Queensland, South Australian, Northern Territory and Victorian sites. We have also delivered hundreds of thousands of new and second-hand books nationwide, and we provide much needed literacy supplies to the marginalised youth working within our programs.

How do you find being both a mother and a successful woman in business?

This is a question I get asked a lot, and as it is for most women, juggling family and work is difficult and at times very stressful. I truly believe that family, health and happiness in the workplace come first and foremost. As an employer, whether your staff are male or female, you need to make the workplace flexible and support and trust staff. That is really important, and that philosophy has grown from my own personal experience. I have four children and I have always been a hands-on mother. I know that is only something you can do with support and understanding when running a business. Both Mary-Ruth and I have supported one another through motherhood and I am also very lucky to have a husband who shares the responsibility.

There is nothing more rewarding than helping someone write their own future.

What are your goals for the future?

I want to continue to create awareness of the issues surrounding illiteracy and to expand ALNF’s reach in order to help many more children and families. Mary-Ruth and I have seen how teaching an individual to read and write changes their life forever. Hopefully I will be able to continue on this journey together with Mary-Ruth and our dedicated team at ALNF

What advice would you give to someone wanting to follow the same path as you?

Many individuals who start to work in the non-for profit sector want to take on the world and then simply get frustrated when change doesn’t occur quick enough. Don’t take on the negative comments, don’t get political because that just won’t get you anywhere, and be realistic. Lastly, respect and love for the individuals you are supporting is imperative.