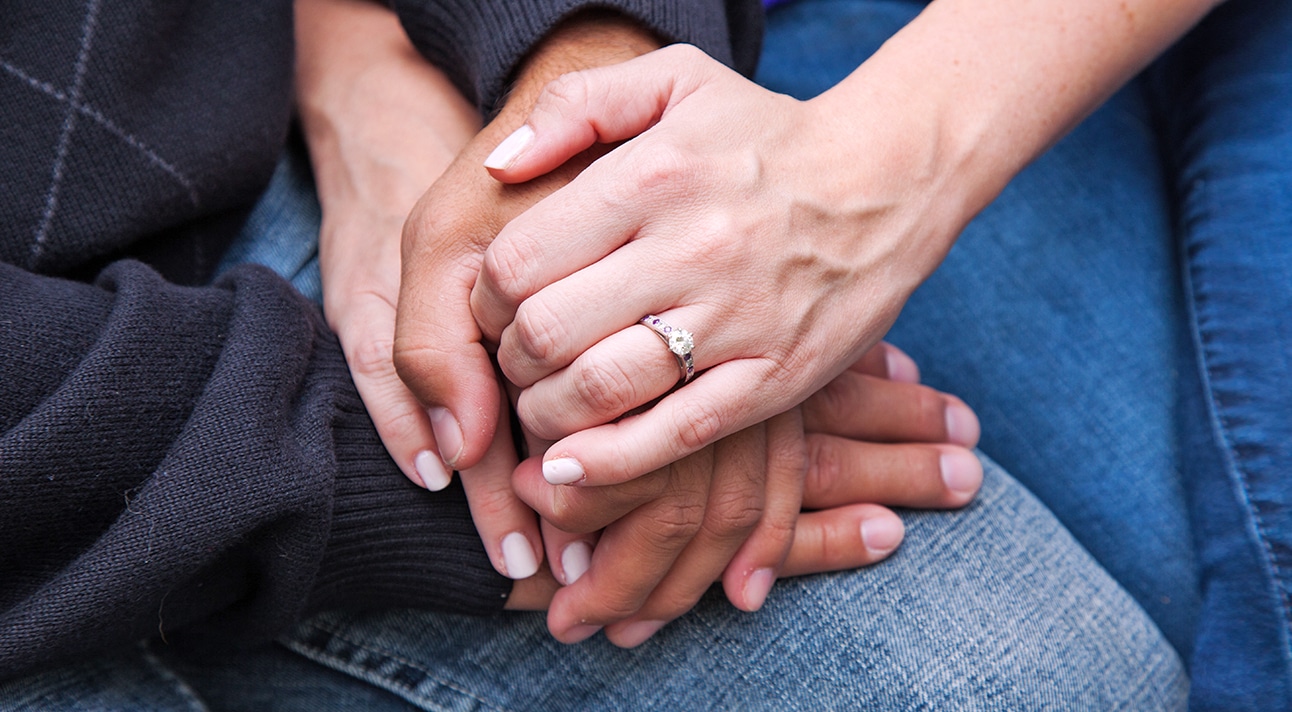 15 Drugstore Beauty Products Under $15 We Can’t Live Without

Researchers may have discovered the key to a happy marriage – and it might not be what you thought.

I’ve been fascinated by relationships for as long as I can remember.

Growing up, we lived next door to a church, and I’d sneak over and hide in the balcony whenever there was a wedding, so I could spy on the ceremony. My parents divorced when I was only two years old, and every year on my birthday, I wished they’d get back together when I blew out the candles on my cake. I studied my friends’ parents, couples at church, and anyone else who appeared to be happily married, and wondered – what made it work for them, and not for my parents?

All these years later, after going through a divorce of my own, I’m still trying to understand what makes some marriages last, while others flame out. Is there a magic formula for a happy marriage? I thought there must be, and that I’d missed the mark. I was too young when I got married, or the age difference between us was too great, or we didn’t date for long enough before getting married, or we dated too long, or maybe we were just fundamentally incompatible.

Turns out, maybe none of these things was the real problem. According to a study by the National Marriage Project at the University of Virginia, the key to a long-lasting and satisfying marriage might be entering into each phase of your relationship with intentionality. Researchers found that the way couples handled each milestone in their relationship – from the first date to saying “I do” – had a direct effect on how happy they were later on.

Sliding into your future

I have a friend who met his future wife at an art gallery opening. He was instantly smitten; she was couch-surfing and needed a place to stay. They never even went on a first date – they just went home together that night, and she never left. A few months later, she had a medical emergency. She didn’t have health insurance, and he did, so they got married. If this sounds like a rom-com style “meet cute” situation, it wasn’t. Their eventual divorce was bitter, costly, and dragged on for years.

The National Marriage Project study findings echo my friend’s sad story. “Couples who slid through their relationship transitions ultimately had poorer marital quality than those who made intentional decisions about major milestones,” The Atlantic reports. In other words, it’s not a good idea to move in with someone just because your landlord raised your rent, or your roommate skipped town and you need another name on the lease. And it might not even be a good idea to move in with someone at all, unless you both see marriage in your future – and have explicitly discussed it.

Study participants were asked whether they’d made a deliberate decision about moving in together, or if they’d “slid” into cohabitation because it was convenient. The couples who moved in without necessarily intending to get married one day – but who ended up marrying anyway – had unhappier marriages than the ones who moved in as part of a mutual commitment toward a future together.

Of the couples in the study who’d moved together and later gotten married, 28% of the ones who slid into the commitment had a high-quality marriage, compared with 42% of those who’d moved forward with intentionality.

Being brave enough to make a choice

Looking back on my own relationship, it’s easy to see how this “slide into marriage” happens. The night before my boyfriend and I moved in together, I couldn’t fall asleep; I was gripped with the panicked feeling that I was making a mistake. It was too late though – we’d already given notice on our respective apartments and signed the lease on our new place together. And maybe it was just cold feet.

Once we moved in, we were happy (outside of a few bumps here and there), and less than a year later, I was pregnant. With a baby on the way, we planned a wedding in a hurry, and from there, we bought a house and had a second baby. It all fell into place, and we were happy for a long time.

Now that it’s over, I have to wonder: would we have done all of it – the wedding, the babies, the house –  if we’d really sat down and talked it over first? I asked him once, after we’d split up, and he said he did want to marry me, and that he’d have asked me someday anyway, if I hadn’t been pregnant – but would that “someday” ever have come? I kind of doubt it.

Part of me suspected all along that he didn’t want what I wanted, or wasn’t ready, or was scared – so I avoided initiating “the talk” and just let things happen (and so did he).

The reason people who make deliberate decisions about their relationships do better than those (like me) who are too chicken to have “the talk” might be that they are, generally speaking, more thoughtful people. They think things through – what they want in a partner, what they want from life – and act accordingly. They also avoid getting trapped by the inertia of cohabitation. The research shows that once couples live together, it’s much harder for them to break up. They’re in a routine, they split the bills, they’ve made major purchases together, and the idea of splitting up feels overwhelming.

I always figured I’d live with someone before getting married again. These days, it seems bizarrely old-fashioned not to. But now I’m not so sure. Having experienced “the slide,” I think I might be ready to stop being lazy – not to mention cowardly – and be more intentional about my future.

Comment: How do you make decisions about the future of your relationship? Are you intentional, or do you slide into milestones like living together and having a baby?