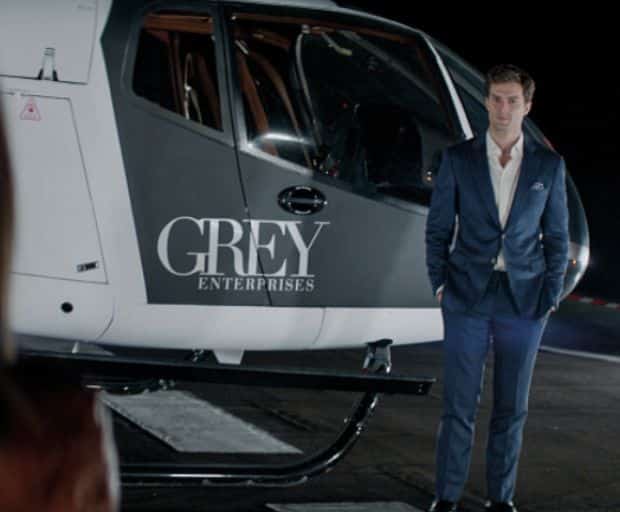 To coincide with the DVD release of Fifty Shades of Grey, SHESAID had an amazing opportunity to chat with the costume designer for the film, Mark Bridges. This is the very man who brought Christian Grey and Anastasia Steele to life and who worked exclusively on creating the spectacular wardrobe for the entire cast. Find out some interesting facts about Christian’s ties and how to dress just like Miss Steele.

How did you get involved in the film?

The director, Sam Taylor-Johnson looked me up and asked me to read the script. We talked about the film, what we could do with it and we liked each other right away.

Where did you get the inspiration for Christian and Anastasia’s outfits?

I think Christian’s outfits are inspired by international hunks like David Gandy and David Beckham! These guys who have a lot of money and a lot of personal style, but it also seems young and masculine at the same time. That was the initial inspiration for the character of Christian Grey.

For Anastasia, we were trying to tell a story and illustrate what was maybe going on inside of her thoughts. Always trying to keep it young but never too trendy. Just try to show the progression – she starts off looking like a young girl who is waiting for the bus with a toggle coat, skirt and heavy shoes. Then slowly we see the silhouette change as she changes inside. 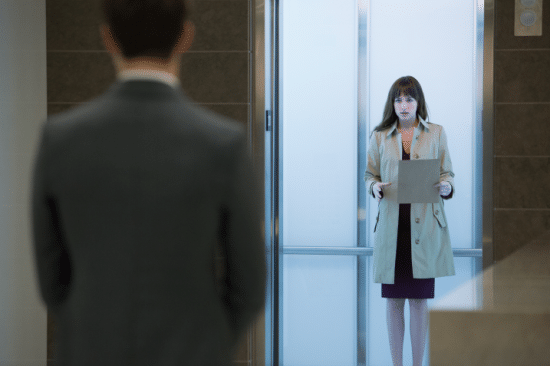 What were some of your favourite looks in the film?

I was really happy with a couple of the dresses I designed in the film. One of which is the peach dress when Anastasia meets Christian’s parents. A lot of people have asked me about it and where they can get it! Then there was also the dress I made from sari fabric when Christian surprises Anastasia at her mother’s house in Georgia. At that point it’s actually very sexy – it’s a sun dress. I loved the colour on her and I was so happy with how it played out.

Also, the first outfit, which was the Liberty of London blouse, we made the coat and the skirt. I was so happy with the first impression of Anastasia – that she’s quite awkward and very child-like in the spectrum of things. With Christian I loved how his collars fit him, as well as the suits and ties. Also how we told his story and how he changes from very formal to quite soft by the end of the film as his guard comes down.

What were some of the most challenging outfits to create?

Well, I think getting Christian’s tailoring right was because Jamie Dornan came in quite late. So we didn’t really have much time to do all of the bespoke fittings that I would’ve liked to have done. And of course, his body was changing as he came in, so by the time of the second fitting his body had completely changed.

I think making his suits work with that ever-changing body in a short time-span was the biggest challenge in the costumes. 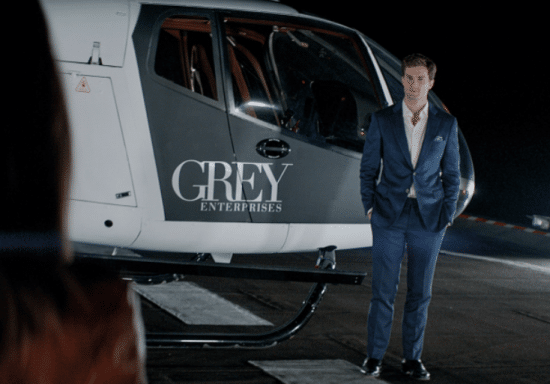 Could you let out readers know of any interesting facts about the costumes?

We only had 6 of the famous neck-ties made! And between props and costumes, we were working with just 6 neck-ties, so that was a bit of a tense moment. That was probably the most tense and interesting thing to tell people.

What are some key trends and silhouettes women should look out for if they want to recreate Anastasia’s look?

Keep it very feminine! Her dresses are always fairly covered up but still quite sexy and pretty at the same time. Always try to play up your eye colour, which we did quite often with Dakota Johnson –she has those beautiful blue eyes and she wore a lot of blue to highlight that. Try to work with your own personal assets, whether it be beautiful eyes, lovely hair or shoulders. And keep it sexy but lady-like – there’s definitely that fine line that keeps people interested by not giving too much away. 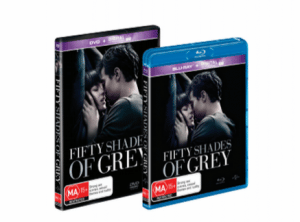 Fifty Shades of Grey is available on Blu-ray, DVD and Digital with UltraViolet.