Fans of the Australian hit show, Love Child, are in for a treat aligning with the DVD release of season two. SHESAID had the wonderful opportunity to chat with creator and producer, Sarah Lambert, about main themes of the series, how becoming a mother changed her perception of the world and some of her favourite characters from the show.

What was the initial inspiration behind Love Child?

People often ask where the idea for Love Child came from. If it came from a personal experience or something in my family. And the answer is yes, it does feel personal to me and I guess what drove me is Love Child is the kind of series I’ve always wanted to see on our screens. I’ve always felt the lack of female driven stories. Stories that looked at our history as women. Stories that illuminated our experiences as girls, sisters, mothers, aunts, friends, lovers, leaders, fighters…

I remember in terms of television the impact the miniseries Brides of Christ had on me as a teenager. Set in the 1960s, it told the story of a group of nuns in a fictitious inner city convent school in Sydney. Great writing and great female driven stories. And later films like Girl Interrupted– a film with Winona Ryder and a young Angelina Jolie about a girl entering a mental institution after suffering a breakdown in the 60s made a big impression.

Going inside these hidden, secretive places, watching the unlikely friendships that happen when girls from all backgrounds are brought together, shining a light on female friendships and different roles that we play over our lifetimes has always drawn me in as a viewer and a reader.

There’s another common denominator with those pieces is the 60s.  I’ve always had a fascination for the period. Maybe because my elder brother and sister, fifteen years my senior, went through their teens in the 60s and early 70s. They’d regale my brother and I with stories of the Yellow house up in the Cross, parties and rallies.

It was the era that saw the birth of the civil rights movement, the rise of feminism – the amazing shifts in music, fashion and culture. Everything was being challenged and reinvented. In a world which is increasingly more conservative and rule bound, I guess part of me wanted to make a show about the 60s that would remind us all the revolution is sexy.  To fight for what you believe in and fight for the rights of people, for peace, for the environment for those worse off than ourselves…

Beyond that the story of Love Child comes from something more profound. A moment from my childhood that had haunted me and that made me aware of a secret history of women in this country that was never discussed. 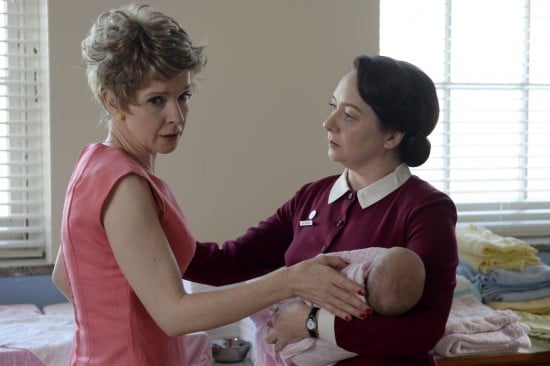 One Christmas when I was about eleven, we were at a close family friend’s house and there was a knock at the door. I opened it to find a woman in her late 20s outside. She introduced herself as the women we were staying with’s daughter, given up at birth. She’d been looking for her for years and finally tracked her down.

I’ll never forget my mother’s friend’s face. She went so pale. Her knees gave out from under her and she collapsed. No one, not her children or my mother or any of her friends knew anything about this lost daughter she’d had at 16. Sent away from Brisbane to Sydney to an unwed mother’s home in Darlinghurst – all alone at the most vulnerable moment in your life.

Their reunion was troubled and hard. So many incriminations, so much guilt and shame. Over the months that followed, I found out little snippets about what happened to her at the Unwed Mother’s Home and at the hospital. And it was a story that was repeated to me again when I started researching Love Child. It was harrowing to say the least. I was utterly horrified and scared by the stories. My mother said it was just what happened back then if you got yourself into trouble. Even at 11 I knew it was something that shouldn’t be talked about. It was too painful, too dangerous somehow.

So after that year, we never talked about it anymore. So cut to thirty years later when I read about the NSW inquiry into forced adoptions I was deeply interested. The report that came out from that inquiry was a staggering reading: 250,000 women had gone through this system from the late 50s to the early 80s. The experience of our family friend was replicated over and over on its pages. I knew then I wanted to tell this story.

How would you describe the second season for our readers?

The second season sees the original girls who were brought together at Stanton House, a home for Unwed mothers, finally all have their babies and have to deal with life after Stanton House. Can they go back to their old lives after everything they’ve been through? Or has the experience changed them forever?

It’s about finding chosen family – the sisterhood of these women bonded through such extremity and loss. It’s about all the characters forging new futures as they step into the 1970s when Australia was a cultural cross roads. The series also follows Joan’s new role as a resident at Kings Cross hospital facing the hurdles of being the only female resident in a very male dominated medical establishment.

The series explores the rise of feminism and the civil rights movement in Australia. Is this a topic you personally feel passionate about?

I do feel passionate about feminism and civil rights. It’s part of my attraction to the era of the late 60s and early 70s. You only have to look at the issues facing women in particular back in the late 60s and see how far we’ve come, and how much we take for granted as modern women.

You could only get the pill if you were married. There was no sex education to speak of.  You were still expected to leave your job when you got hitched. Having a real career was challenging to say the least. Getting a loan from a bank as a single woman was impossible. Equal rights and pay were just slogans (still are really!) and single parents were pariahs who had no support. We’ve come a long way but there’s still a way to go. 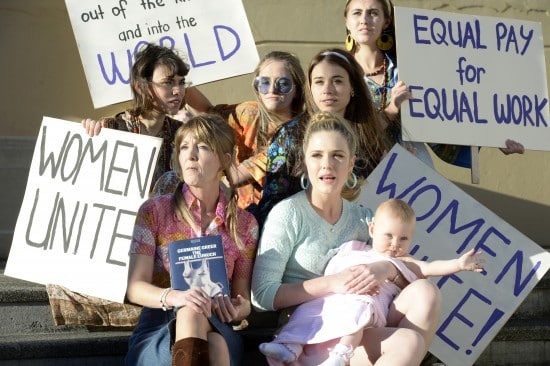 Even in my lifetime so much has changed in society. My family split up when I was about four and my mother became a single mother of four children, moving back to Australia from the Phillipines. I remember her feeling very ashamed about leaving our Dad and how hard that was for even when it was the right thing to do. The only thing to do. We rented in house in Balmain and started again. It was the early 70s and I watched her struggle and ultimately forge a future for us.

She went back to school to get an education – thanks to Gough Whitlam – and went on to have an amazing career. It was an exciting and complicated time and we were exposed to lots of different ideas, people from all different walks of life. There were always political discussions going on and varied people coming together around the dinner table.

Watching her fight the battles she did for us and our future made me very aware of how incredibly lucky I was to born in an era where I could get an education, learn about my body, have choices about my reproductive future and plan to have a career in any field I could imagine. So much that we take for granted now was forged by ordinary women challenging the system and just going about trying to have a life. And that fight for basic rights and equality for all people goes on and we all need to be part of that struggle.

If you had to pick just one, who would be your favourite character and why?

That’s impossible question. It’s like picking a favourite out of your kids.  I think each of the characters is unique and flawed. They are all people I can relate to even when they do crazy things. Maybe especially when they do crazy things. You create these characters then the actors make them live and breathe. I feel so blessed to have the cast we have as they’ve brought such unique qualities to each role. It’s amazing to see these characters growing and changing over each season. 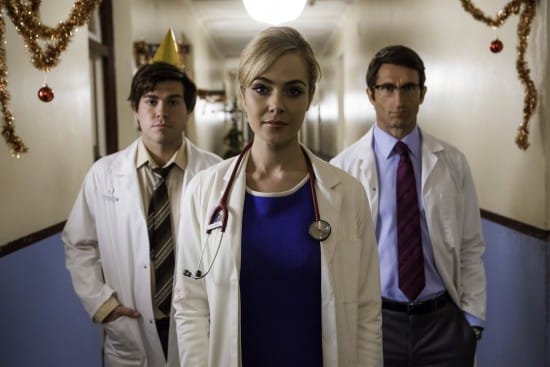 Congratulations on the birth of your second child! How has being a mum of two changed your perception of life?

I think having children changes you in so many ways. I love spending time with them and find them so fascinating. Tom was a huge surprise. After I had Tilly I was told the chances of us ever conceiving again were less than 4 per cent. I had accepted that we would have one child and had moved on. So getting pregnant while doing Love Child was not on the agenda. He really is a miracle baby. I love watching them both grow up. All the different stages, seeing who they are as they emerge into the world.

It’s so precious and I feel so lucky to have been able to have children at my age that it really makes me question every job I take as to whether it’s worth spending time away from them. I feel like this time is so precious that my work has to really mean something. It has to be something I can believe in and feel passionate about. Something that I can show my kids and feel proud to have been part of.

So having children has changed how I approach everything. It’s given me a work test, I guess. If a project is going to take me away from these little beings I adore, I want it to be working with people I like, who inspire me; creating work that stretches me to be the best I can be and is work that has a truth and authenticity. Beyond that I think being a mother you get to play again – and that is a lot of fun. There’s a lot of daggy dancing and singing that goes on in our house and I wouldn’t have it any other way. 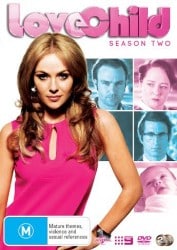