One person can never represent an entire group, and we shouldn’t expect them to.

Anyone who’s been categorized as a member of a minority group knows what it feels like to be expected to perform within those parameters.

When you’re the only queer friend or black friend or fat friend or non-Christian friend in your group, you’re constantly bombarded with questions and expectations from people who range from well-meaning friends to complete strangers.

And you know the pressure, too. The pressure to not have any flaws, to perform within that role perfectly, because if you don’t you’re fully aware of the consequences. If I’m known as the queer friend and I always show up to group events hungover, at least one person in that group is going to come away thinking all queer people do is party and drink.

We see this in media, too. As filming studios are becoming more aware of the necessity behind including diversity in their films, they’ve become known for tossing in a token character. One person of color in a previously whitewashed film, one female character in the Avengers line-up, and still no-one seems to be satisfied – because with one female character, they’re now attempting to tell the entire story’s narrative through the perspective of one woman. In essence, we’re all supposed to be able to see ourselves through this one narrow perspective, and (surprise, surprise) women all have different thoughts, opinions, life experiences and viewpoints. What Hollywood is doing may seem progressive, but what it’s actually doing is telling us that one woman or minority’s perspective can be distilled into one voice. That we are all this person.

Enter Caitlyn Jenner. Love her or hate her, a couple of things are undisputed facts: she’s brought a lot more public attention to the trans community, and she exemplifies privilege within a minority group. She has the luxury of paying for any necessary surgeries or transformations whenever she likes, she has the acceptance of her family, and she’s white. All of these things give her the ability to be seen as a point of authority on all things trans.

While it’s hard to argue that the media attention she’s gotten hasn’t increased the world’s knowledge of all things transgender, it’s equally true that this gives the world a very false sense of what the transgender experience is. To the world she was a man who dropped out of visibility for a spell during her transitional sage, then emerged from behind a red curtain as someone whose femininity is fully realized. 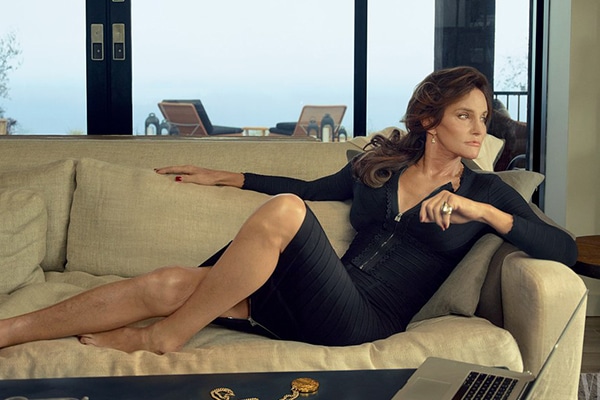 That’s not to say her road was inherently easy, but it is to say that her road has been significantly easier than most. Many trans folks struggle with passing in public, or being visibly identified as their correct gender as they go through those transitional phases. They don’t have the luxury of dropping out of the public eye until they’re able to present themselves the way they want to. Some may never be able to afford the necessary surgeries to achieve that aesthetic.

Which is why, for many reasons, it’s a really, really bad idea to allow one person to shape our view of an entire community. For one, communities are far more multifaceted than one solitary viewpoint. And for another, as is the case with Caitlyn Jenner, they can really be a mixed bag of representation.

Given that she herself has expressed she does not want to be seen as representative of the entire trans community, should we continue to foist that responsibility on her? It’s a difficult call to make. Wider trans visibility is a great thing, but is it the right kind of visibility?

Think back to that one vegan kid you knew in high school. They spent every meal making faces at your turkey sandwich, wearing PETA buttons and lecturing you about your evil, murderous ways. You then went through college and maybe even a good portion of your adult life being annoyed at the very idea of vegans, the holier than thou preachers they are. Except that was just one vegan in an entire community of people, many of whom you’ve likely worked with or had meals with and had no idea – because they weren’t frustratingly preachy, because they didn’t meet the ideas you had of what a vegan was, because you weren’t able to fit them into your preconceived box of what a vegan is.

That’s what we’re doing with the trans community and Caitlyn Jenner. By holding her up as the representative of all things trans, we’re teaching the world that this is the standard trans experience.

Rather than ignore Caitlyn’s very real trans identity, we should take this opportunity to highlight other members of the community who deserve just as much of the spotlight. Laverne Cox is becoming a household name, and in early 2015 Madhu Kinnar made headlines for being India’s first elected trans mayor.

So remember that even if they wanted to, one person can’t be expected to represent the entirety of their community – and we shouldn’t expect them to.

Comment: What social stereotype are you absolutely sick of?