What I Learned Growing Up Being The “Skinny Bitch”

Size is just a number. Health is priceless.

The words were said in a kind of joking way, but it still took me by surprise. I was having some of my mom friends over for a group playdate, and I’d baked a huge tray of chocolate chip cookies. When I said I was taking them out of the oven, one friend said she was starting the Keto diet and was going to try not to eat any. As I went into the kitchen, she called after me: “Skinny bitch.”

We all laughed, but I got the message: my lack of regard for eating healthy, my addiction to sugary treats, and my skinny frame were annoying as hell. 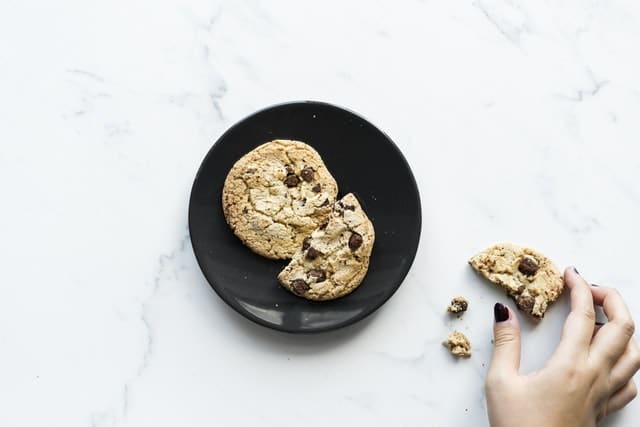 Since childhood, I’d had the kind of metabolism that allowed me to eat whatever I wanted without seeming to gain an ounce. As a teenager I actually drank protein shakes to put on weight. As an adult, my diet was totally impractical and frequently ridiculous: I skipped meals, got my Dunkin on for breakfast, had Cheerios for dinner (or cookies, or brownies), sometimes subsisted on french fries and malted milk shakes. Becoming a mom changed things, because I finally prioritized healthy eating for our family: three meals a day and sensible snacks. Still, sometimes while my kids ate their practical dinner, I secretly opted for baked goods. The side effects of this way of life included extreme hanger (that’s being so hungry you get angry; hangry!) and — although I didn’t know it yet — tiredness and lack of energy. But not weight gain. And that was in my genetic makeup, just like my migraine headaches. No one envied my migraines! I wasn’t the Migraine Bitch. But the skinny-ness annoyed people.

While working on my first novel, I discovered the pure motivating power of the milk chocolate bar. After putting my kids to bed, I would drag myself to the computer to write, keeping myself awake with bars of chocolate, sometimes eaten straight up, other times dipped into mugs of hot milk. If I ran out of chocolate bars (the horror!) I ate handfuls of chocolate chips or dug into old Halloween candy.

Maybe it was my age (I’m about to turn 43). Maybe my metabolism changed. Maybe it was carrying and giving birth to three kids. But seemingly all of a sudden, when I looked in the mirror I didn’t see the Skinny Bitch anymore. I saw someone who was finally putting on weight from all those late-night chocolate bars and brownie dinners. To be clear, I didn’t hate the way I looked, but I understood that something wasn’t right. After all, this wasn’t my natural state, a new shape resulting from a healthy lifestyle. The weight gain was because I was consuming tons of crap every day!

I looked up dieting apps and did lots of googling, but then I moved on to just purely trusting my instincts. I knew I’d become addicted to sugar, and used it to boost my energy when I was feeling tired and worn out. I didn’t need to count calories or count my steps to figure it out; my actual gut was telling me that while cutting sugar out entirely isn’t practical, donuts for breakfast on the reg are simply just not a good idea.

I decided to cut down on sugary treats and also my starch intake. (I was reeeally into bread. Sometimes I felt like bread was my main course and whatever was served with it was the unimportant side.) Sugar and starch: comforting, instantly gratifying, easy to obtain… and seriously hard not even to quit but to just cut down on! I felt the cravings, I yearned to go back to my old ways. I had missteps, particularly when I let myself get too hungry. Let’s all remember Emily Blunt’s diet in The Devil Wears Prada: “I don’t eat anything and when I feel like I’m about to faint I eat a cube of cheese.” Abstaining from eating can feel virtuous until you’re just hungry AF and then let’s face it, a cube of cheese isn’t going to cut it. Finally, I understood how hard it is to cut out (or cut back on) foods that have become a crutch. We can’t underestimate the connection between mental health and what we eat. Snacking on cherry tomatoes didn’t feel as gratifying as a buttered bagel at first… until it did.

Two months after starting to — not diet, maybe, but to watch what I eat — the results are surprising. I’ve lost the extra weight and the cravings have gone away (for the most part). I’m not model-skinny, but I look like me and because I’m eating healthy, I know this is the weight I’m supposed to be. And I’ve gained a ton of energy; I used to feel like I was going to fall asleep in the middle of the day, and I’d knock back sugar and chocolate or even a Coke to wake myself up. When I gave those things up, I also stopped needing them.

So now, even though I feel like I’m at a weight that suits me, I don’t consider myself a Skinny Bitch. I’m more of a Healthy Woman Who Cares About What She Eats —.even if it doesn’t have the same ring to it.

Comment: What’s the hardest thing about being on a diet?