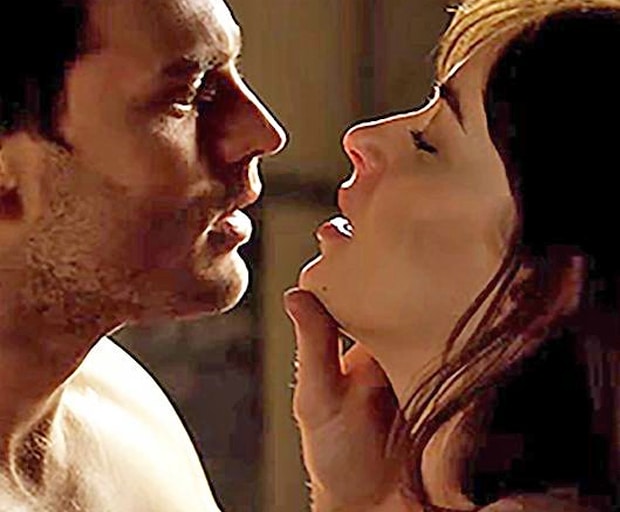 While I’m pretty sure the majority of women – self included – wouldn’t have any complaints getting paid to get down and dirty with Jamie Dornan, it seems Christian Grey’s alter ego felt his female costar wasn’t super comfortable grinding against him for the cameras in the latest Fifty Shades instalment.

Like, this is literally the last thing you’d expect the man behind sexy bad boy Christian Grey (whose penis we are still eagerly awaiting/hoping to see on screen) to say while getting hot and heavy with Anastasia Steele…

All I know is if I was in Dakota Johnson’s position, I’d be very dedicated to filming as many takes necessary to get the realism just right; no wisecracks required. Just throwing that out there, Jamie.

Image and video via youtube.com.

Comment: Have you seen Fifty Shades Darker yet? What did you think of it?