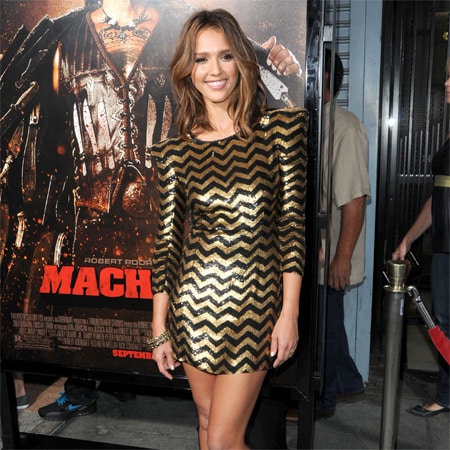 The brunette beauty – who has a two-year-old daughter Honor with husband Cash Warren – admitted while her body has changed since she became a mother she doesn’t mind what has happened to her shape because motherhood is such a wonderful thing.

She said: “There’s something so amazing about having a child. My breasts are saggy, I’ve got cellulite, my hips are bigger, but I love it.”

The ‘Fantastic Four’ star also revealed she doesn’t understand why she is seen as something of a sex symbol, as she had never even worn a dress before she got involved with the movie industry.

Jessica added to Britain’s GQ magazine: “I don’t get it. Every actress out there is more beautiful than me. I’ve never been comfortable showing my body off like that. I used to have anxiety attacks before I did the photo shoots.

“I’d never worn high heels or even dresses before I did movies. I wasn’t even allowed to show my stomach in the house when I was growing up – my parents were very strict. But this is the business I’m in, and it’s made me a lot of money, so I can’t complain.”