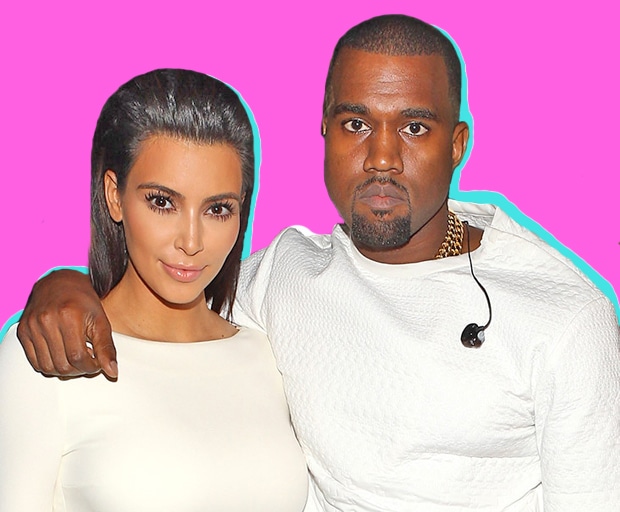 How To Stop Your Kids Driving You Crazy These Holidays

Just when you thought Jimmy Kimmel couldn’t get any cheekier, he goes and ups the ante once again. In a video that went viral this week, the late night talk show host used the impending name reveal of Kimye’s adorbs new bub this Monday as an opportunity to wreak havoc with the general public.

In a segment entitled ‘Lie Witness News’ (a parody of Eyewitness News), Kimmel’s team walked the streets revealing progressively more absurb faux names for the celeb couple’s latest offspring to hapless passers-by who clearly hadn’t been following their Facebook celeb news feeds, and asked them what they thought.

The reactions were priceless. The insanely implausible names, even more so.

Throwing everything from  ‘Kia Sorrento West’ (a brand of car) and ‘Fievel Goes West’ to ‘Fastest Gun In the West’ at clueless interviewees, the prank proved a humorous point about keeping up appearances when it comes to being up to date on  pop culture.

Rather than call the bluff of the interview and insist nobody knew the name yet, most interviewees actually bought into the lie, going as far to say they’d seen it trending on social media, announced on the news, AND that they’d been talking about it with their friends already. #facepalm

Of ‘Kia’, one interviewee said, “Thought it was awesome, thought it was classic Kanye. Who else could come up with a name like that and get away with it? Nobody but Kanye.”

When informed Kim and Kanye had named their son ‘Fastest Gun In The West’, a delightfully British guy said it was, “Pretty hilarious… We were just talking about it on the way here, actually.”

After spending Monday wondering whether, after Kimye’s seemingly inexplicable – but when you think about it, totally genius – decision to name their daughter North West, the celeb couple would go with an equally geographical name for their newly announced son, it was revealed this Tuesday, the couple went for Saint West.

According to E! News, Kim’s rocky pregnancy was one of the biggest influences in choosing her baby boy’s name.

‘Our insider shared that Saint was picked since it’s akin to saying he is “a blessing,” especially “because she had such a difficult pregnancy”,’ E! News reported on Tuesday.

And whether you love or hate the name, you’ve gotta give serious snaps to the members of the public in Kimmel’s prank who were willing to so readily accept just how much more outrageous it could have been.