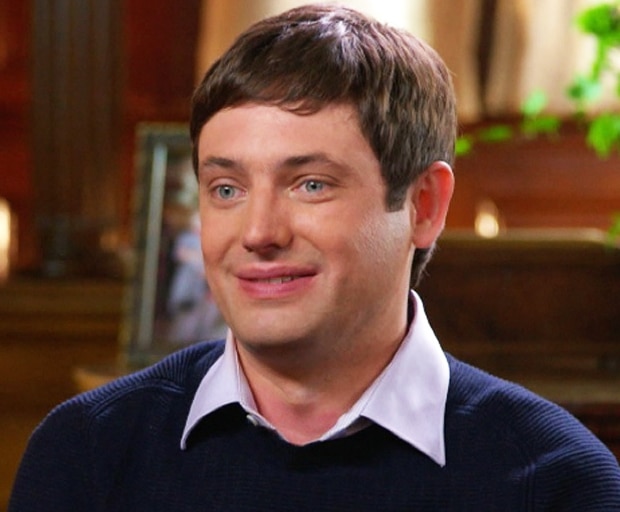 Ramsey’s conduct during the interview is being described as “atypical”.

It’s been almost 20 years since the inexplicable murder of six year-old pageant queen JonBenét Ramsey shocked the world. And now, for the first time ever, her tight-lipped brother, Burke Ramsey, has given a tell-all interview with TV talk-show host Dr Phil as part of a three-part series commemorating two decades since her death, starting today.

There have been many bizarre theories about what really happened on December 26, 1996, the most popular of which, speculates Burke killed his little sister and his parents covered up the crime. Though the theory has been questioned over the years since JonBenét’s death, her brother’s odd behavior on the day her body was discovered has continued to raise even more questions, which, in predictable fashion, Dr Phil wasn’t shy about addressing.

But things got strange as the interview progressed. When the talk-show host asked Ramsey why he didn’t come out of his room when he heard his mother freaking out about Jonbenét’s disappearance, he replied that it was because he “likes to avoid conflict” and “just felt safer there”, adding he’s “not the worried type. I guess part of me doesn’t want to know what’s going on”, punctuating his answers with a wide smile.

Ramsey also revealed he’s never actually read the lengthy ransom note that was left at the scene of the crime, but has “seen pictures of it.”. His unusual responses didn’t exactly make him less of a suspect; something Dr Phil highlighted, calling his behavior “atypical”.

And viewers of the first installment of the series are already deep in debate as to the motives behind the now 29 year-old’s odd demeanor during the interview, questioning why he continued to grin while talking about his sister’s death.

@TheDrPhilShow @DrPhil maybe I missed something why is he smiling so much?? Something doesn’t seem right with him

@DeniseGentile5 @TheDrPhilShow @DrPhil I kept thinking that too. Very creepy. More to his story.

Dr Phil has since explained his view of Ramsey, saying he is “socially awkward,” and that viewers have to remember “from the time this happened, his parents, depending on your interpretation, either protected him or hid him… he has not had the social contact that most kids have growing up.”

The rest of the chilling interview will air tonight and finish on September 19. Watch part of it here now…

Video and images via youtube.com and twitter.com.

Comment: What’s your reaction to Burke’s demeanor in his interview with Dr Phil?