What is it with celebs getting tatts of each others’ names then splitting months later? Has no one learned anything??!

When it comes to Johnny Depp, it would seem definitely not.

After a very famous split from fellow actor, Winona Ryder, whose name the 53 year-old actor had inked on his right deltoid in an inscription reading, ‘Winona Forever’ in the early nineties and later had changed to ‘Wino forever’ to save face; Depp clearly hasn’t experienced his ‘ah-ha’ moment yet.

In an apparent symbol of his love for actor Amber Heard, who Depp wed in February last year, the star had ‘SLIM’ – a fond nickname for the 30 year-old Never Back Down star – inked across his knuckles. 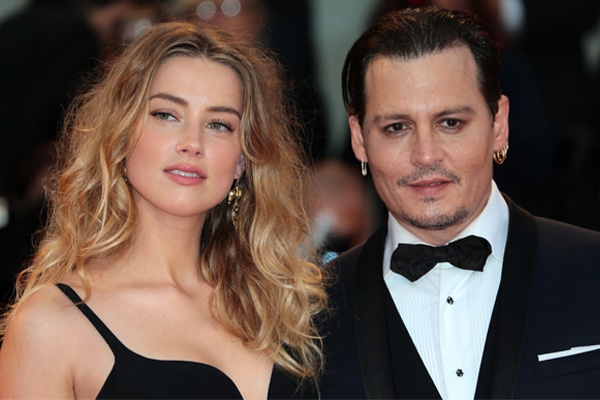 Now, after a very public, very ugly divorce battle which included claims of violence and domestic abuse by Heard, who says she left Depp after fearing for her safety; Depp has had his ink amended once again, and this time, it’s brutal.

The Pirates Of The Caribbean star appears to have had Heard’s nickname changed to ‘SCUM’; a harshly updated inking he revealed while out with Hollywood Vampires bandmate Joe Perry this Friday.

The word change may have simply come down to practicality (‘L’ rather easily changes into ‘C’ as does ‘I’ into ‘U’ and the inscription is in alignment with Depp’s edgy rocker persona), however whatever you make of it, it’s hard to ignore the fact that given the way things went down with Heard, this was definitely in poor taste.

Lesson to be gleaned here: don’t tattoo anyone’s name on your body, unless you’re willing to deal with the consequences when things turn ugly.

Comment: What’s you take on Johnny Depp’s tattoo change? Do you have anyone’s name tattooed on yourself?