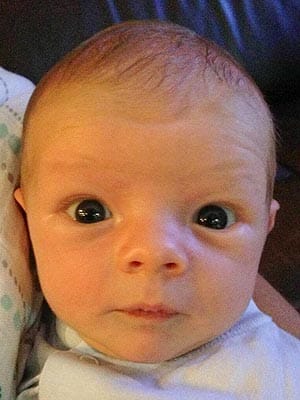 “We can’t stop staring at him. He’s our little man, we made him together,” Duhamel told E! News. “There’s something you can’t really describe until you go through it. I think any parents out there would understand that…It’s just an incredible time for both of us.”

The actor also joked about life with a newborn.

“They tell you that at his age, all they do is eat, sleep and poop.

The couple released another photo of their adorable son last week, but it’s the first photo taken by wife Fergie that at his first hearing test that had everyone wondering if he was already following  in his mum’s musical footsteps. 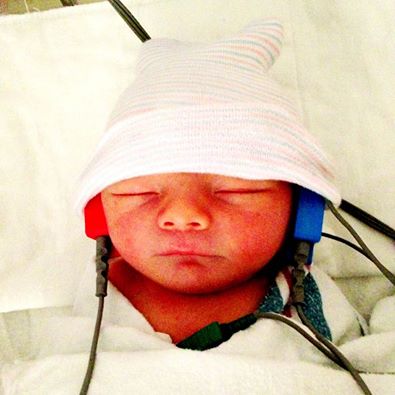 “It was just funny — it wasn’t his cutest photo — but it was very fitting considering who his mother is,” Duhamel explains. “It looked like he was jammin‘ to music at two days old. And so, that was the photo she wanted to put out first.”

And Duhamel, 40 can’t stop raving about Fergie, 38, either.
“She is doing so great. She really is. She is happy,” he gushed. “She looks amazing – three weeks ago she gave birth and she looks probably better than she did before.”

He added, “I don’t know if it’s because of what she’s been eating or what, she looks really, really great.”