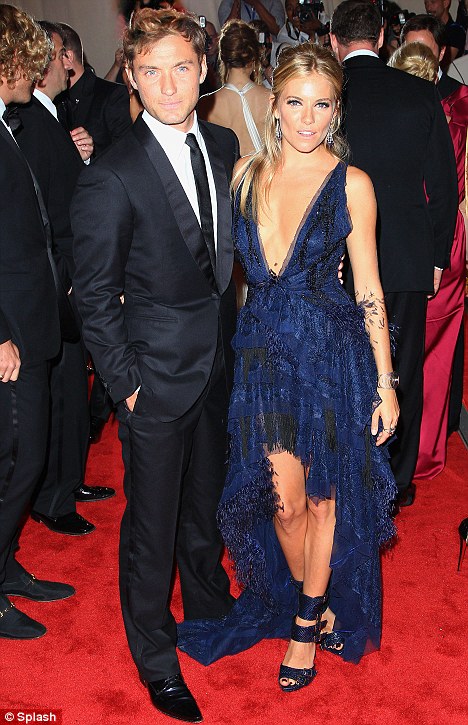 Jude Law and Sienna Miller have reportedly celebrated their love in a marriage blessing ceremony in Southeast Asia.

The couple – who are believed to be engaged – apparently took part in a traditional ‘Baci’ ceremony during a holiday in Laos, Southeast Asia, where their love was blessed by a village shaman, who tied their wrists together with red-and-white bracelets.

Prince Nithakong Somanith – cultural and artistic adviser to the United Nations Educational, Scientific and Cultural Organisation – met with the couple during their holiday and told them all about the ceremony, which is not legally binding, before sending them into the hills to meet the shaman.

He explained to Mail Online: “The Baci ceremony is performed everywhere and was also performed at the Royal Court.

“It usually takes place on the morning of the wedding and is followed by the wedding blessing by monks and feasting and drinking beer and rice alcohol in the evening. Jude Law and Sienna Miller will already be man and wife in people’s eyes here.”

During their romantic holiday to the tropical destination, the pair spent two nights at the Amantaka Hotel, from where they went on bike rides and saw the local sights.

Hotel manager Gary Tyson said: “They behaved just like the other backpackers who pass through here.

“They took bicycles out in the day time and went to the local markets and restaurants and from what I understand they were not bothered by anyone and were hardly noticed.”

The pair reconciled their romance 10 months ago after a three-year break, and are believed to be about to buy a £3.5 million house together.

A real wedding is expected to take place soon, with Sienna’s sister and fashion business partner Savannah suggesting that she won’t be the one making the dress. “There will be a lot of competition from the likes of Galliano and other designers, so I doubt I’ll be making her dress.”