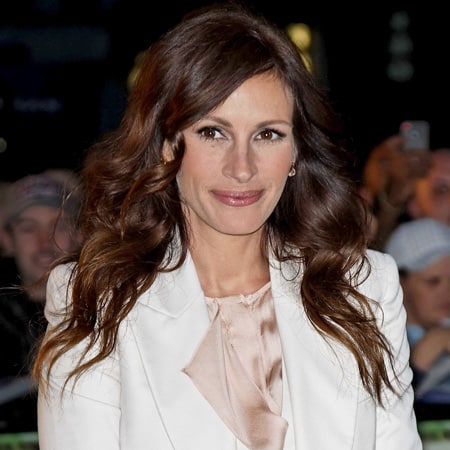 The Oscar-winning actress travelled to Bali, India and Italy to film the movie and revealed it had been a “beautiful” experience, especially because she was able to take her husband Danny Moder and children, five-year-old twins Hazel and Phinnaeus and three-year-old son Henry with her on location.

Speaking at the UK premiere of ‘Eat Pray Love’ at the Empire cinema in London’s Leicester Square last night, Julia said: “It was beautiful travelling to all those amazing places with my family. I’ve stayed in touch with lots of special people I met while shooting the film.

“It taught me to appreciate the ones you love and just have a blast. It’s a corny cliche but I really have made friends for life. These are people who I will stay in touch with until the end of time.”

Meanwhile, author Elizabeth Gilbert – who wrote the memoir the film is based on – admitted it was “life-changing” news when she was told the 42-year-old Hollywood superstar would be playing her in the big screen adaptation.

Elizabeth said: “The call was, ‘Julia Roberts would like to make this movie.’ I had to try and hold it together. It came at a time in my life when it was a very welcome piece of news. It was life changing.

“She’s great. She’s got this sort of luminescence, nothing in the world could prepare you for that beauty and when you see it up close, as accustomed as we are to that face, it’s still pretty staggering to be in her presence. She’s a phenomenon.”

Are you looking forward to seeing Eat Pray Love?