It seems Kanye West has had a change of mind about his endorsement for President Donald Trump, recently deleting several tweets about the POTUS.

West had received a lot of backlash for his political pro-Trump stance, which started with a 15-minute rant at one of his concerts last November explaining he didn’t vote, but asserting that if he had voted, “I would have voted for Trump,” upsetting a lot of his fans.

Shortly after the election, West attracted even more outcry from fans and the hip-hop community when he met with the then President-elect at Trump towers “discussing multicultural issues,” as he explained in one of his tweets, followed by another saying “these issues included bullying, supporting teachers, modernizing curriculums, and violence in Chicago.” 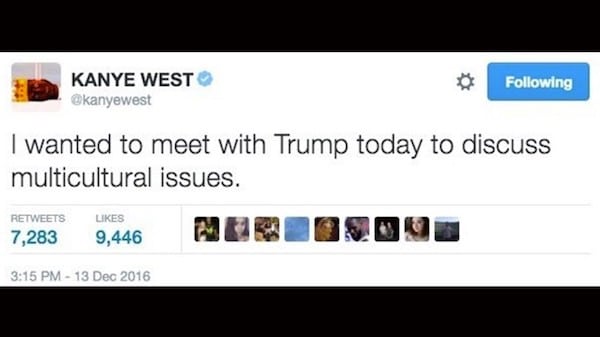 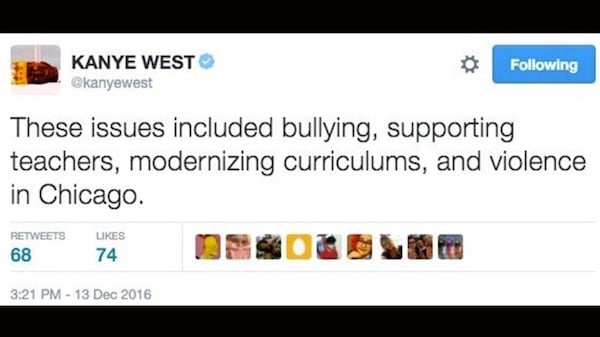 In a third tweet, all of which are now deleted, the 39 year-old celeb elaborated saying, “It is important to have a direct line of communication with our future President if we truly want change.” It seems this direct line is now cut.

According to TMZ, the rapper is now “super unhappy with the president’s performance over his first two weeks in office,” as well as his controversial decision to ban residents of seven Muslim countries from entering the US, which appears to have prompted the mass tweet delete.

West’s representatives have not yet commented on the deleted messages, but based on West’s outspoken antics in the past, another rant might be brewing.

Comment: Why do you think Kanye deleted his tweets?