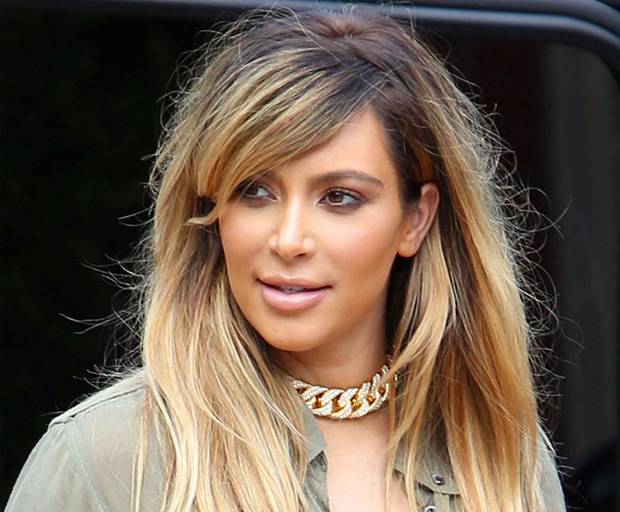 It was the tale of two ridiculously famous pregnancies – the most-watched Mum Tums in recent times. Reality superstar Kim Kardashian, 32 and Kate Middleton, the Duchess of Cambridge, 31, gave birth to their much anticipated offspring a little over a month apart.

Then came the flurry of excitement to clock eyes on Kim and Kate’s offspring.

Whilst Kim and baby North went uncharacteristically ‘underground’, Kate, Wills and baby George made their very public appearance on the steps outside the Lindo Wing at London’s St. Mary’s Hopsital, one day after giving birth. 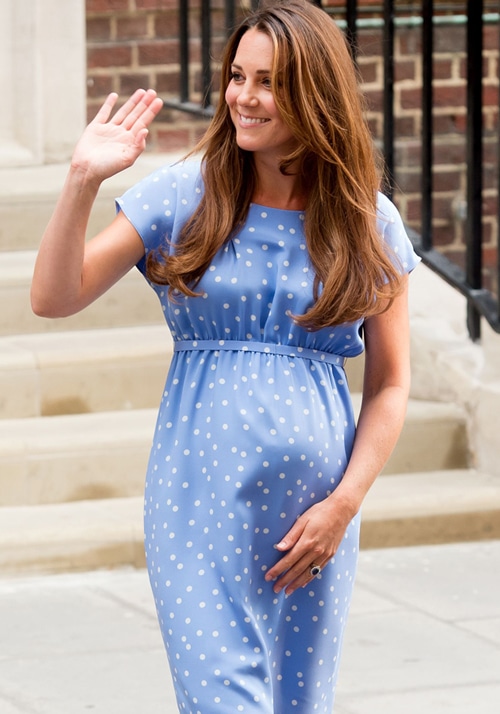 Kate, who was lauded with having the perfect baby ‘bump’ and only looking pregnant ‘from the front’, apparently achieved this by hitting the gym, running, swimming and Pilates whilst pregnant.

Meanwhile Kim was ridiculed for piling on the pounds, which could really just be attributed to dubious fashion choices, shocking shoe choice and more than one unflattering angle.

Kim hid for two months, working hard to silence her body-critics whilst Kate had no qualms about showing her still round, post-baby bump to the world.

According to Vanity Fair, Kate’s hairdresser Amanda Cook Tucker was responsible for bringing the pale blue spotted Jenny Packham dress to the hospital, one of a selection of dresses for the Duchess. There was no point trying to hide her bump, so Kate chose a flattering dress that worked with her curves. 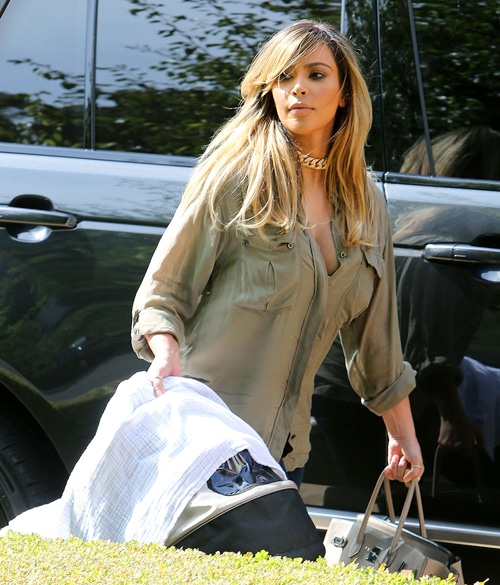 Kim unveiled her post-baby body when she took newborn North to a LA Medical Centre clad in a loose shirt. Hints that her body was getting back to its old self appeared when Kim attended the funeral of Kanye West’s grandfather and more recently when she stepped out with her newly blonde locks and skinny jeans on September 4.

Kim is thought to have dropped 20 kgs with healthy eating and a strict exercise regime. She reportedly has another 5-7 kgs to go to hit her goal weight.

Kim works out six days a week – three days in the gym with trainer Gunnar Peterson and the other three days with fitness guru Tracy Anderson, working on cardio and Pilates.

Anderson, who has also trained celebrity mums Jennifer Lopez and Gwyneth Paltrow, has weighed into the debate over public obsession with celebs ditching baby weight.

“It’s insane,” Anderson told Newsday.com on Tuesday night at US Weekly’s Most Stylish New Yorkers event at Harlow in Manhattan. “I don’t think the public is even fascinated with it. I think they know it’s not real. It’s the most evil trick that women play on women.”

“There’s something really wrong with us trying to manipulate people into thinking celebrities have some secret that other women don’t have,” Anderson added. “Or there’s some superhuman unnatrual force that they were given that they just bounce back.”

Anderson revealed her goal with Kim was to make her ‘healthy and as in proportions as she should naturally be.’

“Kim is taking as much time as she wants to just be with the baby,” Anderson said. “She’s not even concerned with working out. Kim is amazing as a mom, she’s so connected. I knew when I was training her she would be a great mom. She was concerned with all the right things.”

Kate Middleton was back into her pre-pregnancy skinny jeans just six weeks after giving birth. Kate appeared unexpectedly alongside Prince William at the Ring O’Fire Ultra Marathon in Anglesey. 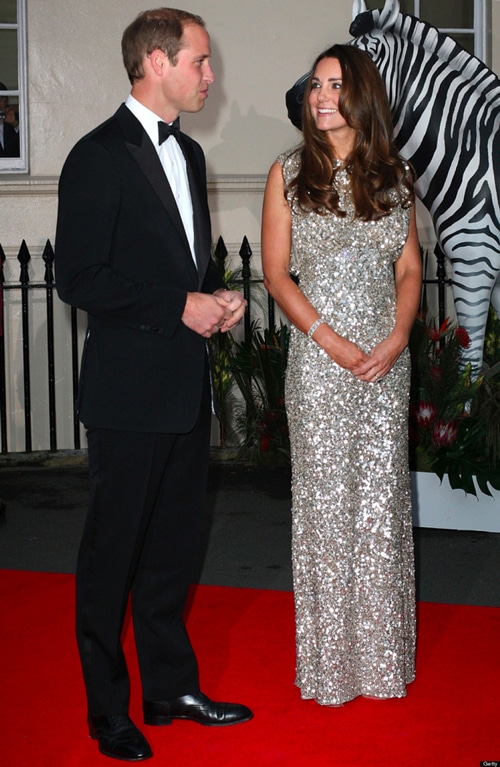 Last week, Kate returned to the red carpet in sparkling fashion at the Tusk Conservation Awards in London. Wearing a silver, sequinned floor-length gown by Jenny Packham and silver Jimmy Choo stilettos, there was little evidence of giving birth to a prince a mere seven weeks before.

Jessica, 33, was ridiculed for her weight gain with first child Maxwell, 15 months and has worked hard since having her second boy, Ace Knute on June 30.

“I am definitely one of those pregnant women who just gains a lot of weight,” Simpson told Us Weekly. “I have really big boobs, I have my curves and I just gain weight. I can’t help it.”

“It’s been six weeks since I’ve had my baby now and I feel great,” she added. “It’s OK to gain weight and it will always come off.”

Jessica also weighed in on both Kim and Kate’s post-baby bodies.

“I felt for Kim – I knew exactly what she was going through,” said Simpson. “I send a lot of love her way, and I know she’ll come back with a bang.”

“Kate Middleton was glowing throughout her pregnancy,” she added. “A lot of pregnant mums were looking at her like, ‘How do you do that?’”

What do you think about the pressure for celebrity mums to lose the baby weight?