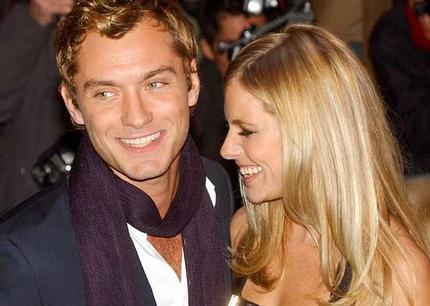 How clean is your washing machine?

Two of Britain’s style queens are at loggerheads and Jude Law is stuck in the middle. Find out why!

Every year Kate Moss has a big Easter bash to which she invites all her social elite English friends. But while Jude Law is usually a regular at the high-end affair, he is stuck in between a rock and a hard place this year.

Kate Moss has reportedly banned Sienna Miller from attending her Easter party. She told old friend Jude Law that he is welcome but not his new girlfriend.

A source said: “Since getting back together with Jude, Sienna was looking
forward to spending Easter with his family and friends. Kate always throws a huge Easter party, which includes an Easter egg hunt
during the day, followed by a party in the evening just for adults. This year, Kate is having an extravagant ‘Alice in Wonderland’-themed
night. But she has told Jude that he can’t bring Sienna to the bash.”

Ouch! So why does Kate, who often frequents the same circles as Sienna, hate the fellow fashionista so much? Friends of Kate say it’s because Sienna broke Rhys Ifans’ (of “Notting Hill” fame) heart and the two are very good friends.

A source told the Daily Star newspaper: “Jamie, Jude and Sadie have
all asked Kate to invite Sienna but she won’t budge, saying she is not
welcome and that’s final. Kate’s a very loyal friend and doesn’t want Rhys to have to spend time with a girl who broke his heart.”

Others say it’s because Kate and Sienna have never gotten on because Kate thinks Sienna copies her fashion style. But whatever the reason, Jude has to decide between his friends and his girlfriend.

What do you think he should do? Do you think Kate Moss is in the right?