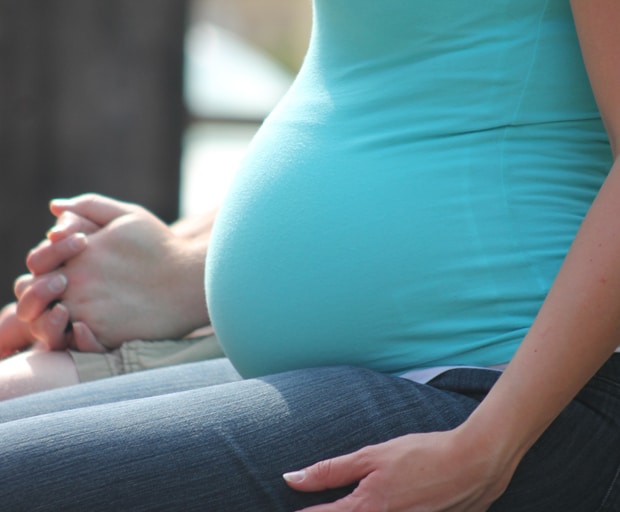 What Does Your Acne Mean?

As the moral outrage continues over the plight of Gammy, the critically ill baby of a Thai surrogate mother allegedly abandoned by an Australian couple, an ugly question has emerged: would you keep a baby with Down syndrome?

This sad story has had many dramatic twists and turns, with the couple in question now claiming they didn’t know about Gammy before they took his healthy twin sister back to Australia.
Gammy’s impoverished Thai mother Pattaramon Chanbua has custody of the seven-month-old, who also has a hole in his heart and is now being treated in a hospital for infection in his lungs.

The case has prompted widespread fury and calls for reform of surrogacy services in Australia and a crackdown on surrogacy and gender selection in Thailand, a booming, multimillion-dollar industry.

But what about Down syndrome in Australia? Statistics show the far majority of couples across the western world with a positive diagnosis of Down syndrome – following a suspicious nuchal translucency (NT) test and subsequent invasive diagnostic test, such as an amniocentesis – terminate the pregnancy.

However, the current population of Australians with Down syndrome is over 13,000 and growing.
Nowadays, women also have more choice – non-invasive foetal prenatal testing became available last year – at a cost. The new blood tests, although prohibitive at a cost of up to $2000, do not pose a risk of miscarriage as per amniocentesis.

However, the decision to terminate a pregnancy is never an easy one. Too often, women are judged incredibly unfairly and harshly – I believe every woman has the right to choose and have access to a safe abortion. No one has the right to judge another’s very personal circumstances. And while the issue of child abandonment is totally abhorrent in itself, here’s where this Down syndrome story becomes incredibly personal for me.

My husband Marty and I fell pregnant with our second child when I was 38 and he was 42. We were already proud parents to a then nine-month-old baby girl, who was so angelic and such a good sleeper, we figured we’d act on our GP’s advice to go again quickly, given our “old age”.

We knew the increased risks associated with having a baby later in life, but nothing prepared us for the shock and upset of being told our 13-week baby girl was high risk of Down syndrome following an inconclusive combined (NT) test and blood test.

Being a journalist by trade, numbers scare me at the best of times, and my head was spinning and my heart was breaking as we were told we had about a one in 600 chance of having a child with Down syndrome.

Already swollen with pregnancy, I wanted to scream, rant, rage and cry oceans of tears following the finding, and I did all of these things with gusto, while my ever-calm and patient husband supported me, after an unthinking and insensitive fertility specialist compared our “problem foetus” to a vintage car.

Do not ask me to explain that one – but I digress – this cold, so-called expert strongly advised my husband and I, amid my choking tears, to consider an amniocentesis as though it was a fun event. But we’d already suffered two miscarriages, one late and one early, and there was no way we were going to put ourselves at an increased risk of miscarriage posed by such an invasive diagnostic test.

And so the emotional rollercoaster really began: could we handle raising a child with Down syndrome? Would our marriage survive the added strain? Parenthood is no picnic, even with perfectly healthy children. We talked about it long and hard with each other, our friends and families and consulted one more medical expert before coming to the conclusion that we would love this baby with every fibre of our beings, just as we did her sister.

Our kindly GP floated the idea of adoption, again speaking as if our having a baby with Down syndrome was a certainty, but we were sure we were keeping our precious and much-wanted baby. As a best friend “tough loved” me just when I needed it: you wouldn’t abandon a child if they got hit by a car, she said, and you won’t love your child any less if they are so-called “disabled”.

So, the choice had been made. I got on with the business of growing a healthy baby, got some grief counselling to adjust to this new reality and took up mindful meditation to help me deal with the stress. Stoic and strong, my husband did the maths and constantly reassured me that the NT scan was not an actual Down syndrome diagnosis – just an estimate of the probability of having a baby with the genetic condition.

In addition, traditionally a risk greater than 1 in 300 has been considered “increased-risk” and lower than 1 in 300 “low-risk”. When our risk came down to one in 305 following our 20-week morphology scan, I finally started to calm down and enjoy the pregnancy.

Even writing about it now is very hard, very emotional. And it makes me more than a little ashamed to think about how negatively I viewed Down syndrome. Indeed, our medical experts spoke about it as though it were a dreaded deadly illness or disease – as if our beloved foetus, created in love, was something so easily expendable.

It made us feel physically and emotionally sick then, and still does now. In fact, this whole experience was so traumatic, that my husband and I have blocked most of it – the emotional cost was so high. Happily, our second baby girl (pictured) was born perfectly healthy and happy, screaming like a banshee, just as her equally beautiful sister had done. But I tell you now – we would have loved that baby fiercely, with all our hearts, no matter the outcome.

Would our second daughter have been any less of a person, less deserving of love and respect and any less gifted and amazing if she was born with Down syndrome? Hell, no. She would still have been our perfect, little person. And when I saw her, and first held her in my arms, I didn’t know how I had ever survived without her. She was the final missing piece of the puzzle that glued our family together. 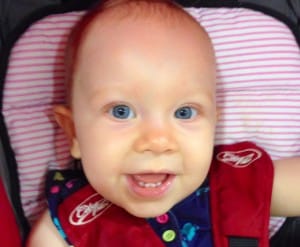