I knew something was wrong, but I walked away.

No one ever really knows what goes on behind closed doors in a relationship.

We might hear our married neighbors arguing occasionally. If we’re unlucky, they might be of the noisier variety, and the yelling may be more persistent. Generally though, most of us can only speculate as to what’s happening on the other side of the curtains.

Even when it comes to people we’re close to, most of us are naive to the inner workings of our friends’ romantic relationships. The phrase, “But they seemed so happy” is almost always inevitably uttered at the revelation loved ones have split.

The uncomfortable truth is, while we love listening to our friends’ various coupledom woes, few of us are interested in stepping in and getting involved in the murky waters of cleaning up someone else’s dirty laundry. Most of us would prefer to wait for an explicit invitation before considering jumping in, even when that reluctance may result in tragic consequences. And that’s exactly what I did.

This story began when I caught up with Jenny*, an old friend of almost two decades about four years back. She looked decidedly more tired than I’d remembered her, so I assumed she’d been busy when she first took off her glasses revealing a set of weary eyes.

Her job looking after elderly patients was both physically and mentally demanding, and having known her partner when he as a teen, I knew he could also be a bit of a handful. I never pictured him being a helpful sort of person and something inside me feared he might have even been abusive – to what extent I was unsure – but I also knew she loved him and had never even uttered the idea of wanting to leave him. Jenny also struggled with depression, severe anxiety and intermittent drug use, so her life hadn’t been without struggle. The weight of it all combined had to have taken a toll, and seeing her once again, I could see just how much of a toll it was. Or so I thought.

I recall doing the whole, “How’s the hubby and life going?” thing, showing her pictures of my kids, sharing a hug and exchanging small talk about the weather and work. She didn’t say anything that would warrant concern, and yet I distinctly remember feeling like something was wrong. I’d known Jenny since I was a teen, and although we hadn’t been close recently, I could still see signs of trouble.

Not wanting to meddle in her life and knowing how private she and her partner were, I never spoke up about my concerns. Plus, I had my own life to deal with, and it was pretty full already. So I never got her phone number. I never asked for her address, and despite all the training I’d had as a counsellor, I never asked her if anything was wrong or offered to help, despite hearing internal alarm bells.

Instead, I told her it was nice seeing her again and continued on my way to the supermarket, turning my head back to watch her disappear into the distance and hoping things in her life would improve, having no idea if it would be the last time I’d ever see her. 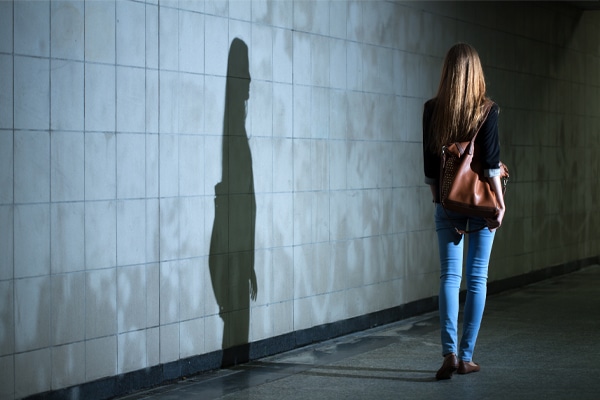 Six months later, Jenny was found dead in her apartment.

I was astounded. She was in her mid thirties, fit and reasonably healthy looking and loved the work she’d been doing for over a decade. Sure, she’d looked anxious when we’d met, but definitely not sick. Yet having attended multiple funerals of friends of a similar age during that year, I assumed she’d suddenly been struck down with cancer or suffered an unfortunate stroke.

But after details started to surface of investigations around her death, I wasn’t so sure.

It came to light the coroner had been holding onto her body for months. Those of us that knew her started to speculate about her history with mental illness, fearing her death had been caused by suicide. Then through the grapevine, we heard Jenny’s partner had raised similar concerns and became convinced our worst fears were true. Her struggles with mental illness weren’t a secret, nor was her past drug use, and so for the next three years the speculation she’d taken an overdose became an accepted assumption.

Jenny didn’t have close girlfriends and was estranged from her family, leaving just her partner as her main point of contact, and as such, the only person with insight into what really happened to her that fateful day.

But he was remaining tight lipped, barely mentioning her name when he bumped into people around town months after her death and seemingly removing all traces of her from his life in an instant, suddenly finding religion. He became a familiar face around the city, working for a charity group as the months rolled on after her passing. It was a complete 180 turnaround for the self-centred man with the checkered past.

Finally, three years after Jenny died, it was confirmed her death wasn’t the result of a suicide as I’d feared. It was something far more sinister. She was strangled to death, and her partner of more than twenty years was being charged with her murder.

When I heard, I immediately flashed back to our last encounter. I’d known something had been wrong with her; had an unsettling gut feeling that something troubling was happening to her, but said and done nothing, despite having gone though my own domestic hell in the past, and seeing the warning signs I’d exhibited myself.

Why didn’t I speak up? I’ve asked myself this question repeatedly since her passing, and always circled back to the same conclusion: I wasn’t asked.

It’s so ingrained in us not to interfere with other people’s lives that even when it seems painfully counterintuitive, we so often resist getting involved, if not for the potential flackback we may cop for sticking our noses in someone else’s business, then for the social embarrassment of getting it wrong.

Worse still, when it comes to domestic violence, more often than not, victims will go to extreme lengths to cover up their partners’ abuse, fending off all efforts at help. It’s something I did myself when I went through a turbulent relationship I was lucky enough to escape.

In a cruel twist of fate, it was later revealed through police records the night Jenny was killed, she’d finally decided to take the necessary steps to make her own getaway, booking into a women’s shelter for her own safety.

Sadly, outsiders can only do so much when it comes to the toxic cycle of domestic violence – one that’s so often perpetuated by emotionally manipulating the victim into believing she wants to stay. That’s why empowering victims to make safe choices is key to survival. I’m certain if Jenny had followed through and kept herself safe, she’d probably still be alive today.

Comment: Do you think more needs to be done to break the cycle of domestic violence?