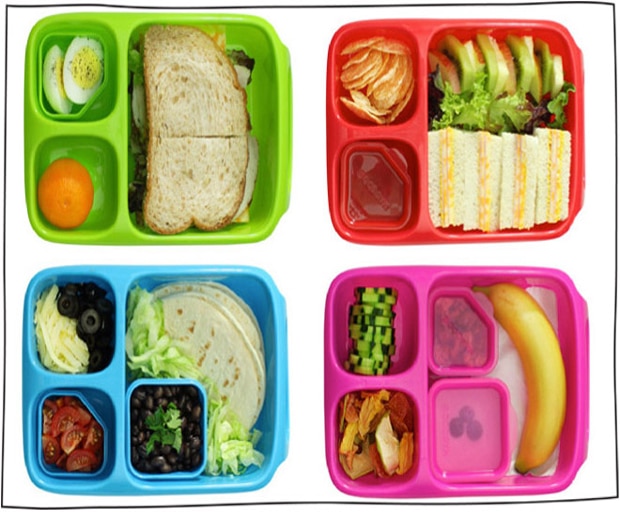 Are you spending value time and cash on school lunches only to have lunchboxes returned untouched? It’s a reality many parents face and we know that most kids would rather play around than eat – yet sometimes, it’s not about that.

RELATED: The Ultimate Morning Routine For Kids (And Parents)

In some cases, kids just can’t stomach the same lunchbox foods over and over again. It’s as simple as that. They might ask for peanut butter and jam sandwiches for a few days in a row, but when it’s what they receive every day for a week or longer, it gets monotonous. So what can you do to make them actually eat their lunch?

Coming up with a new appetising lunch every day can be a really tedious task. Especially when you get back full or half eaten lunches. That really doesn’t give you much incentive to put any more effort into it than you already are. However, if you want that lunch box returned empty that’s part of what you need to do.

Additionally, you need to involve the kids because after all, they’ll be the ones eating it. Don’t give them an entire menu, though. Your kitchen isn’t a restaurant and you really don’t want them to get used to ordering food like they do at a school tuck shop. Ideally, give them a choice from a few different options. Purchase the type of healthy foods you know they’ll eat, even if they cost you more. This will actually save you money in the long run because you won’t be throwing it out (hopefully).

If this doesn’t bring any joy and you continue to get back a full lunchbox, you might have to look at supplying on-the-go finger foods. Things like carrot or celery sticks with dip are great lunchbox alternatives. Plus they won’t take you too much time to organise in the morning if you pre-cut them, place them in water and leave them in the fridge.

This brings me to my next tip. PRE-PREPARE!!! Mornings are hectic, horrible times. So trying to get complicated foods in that dreaded lunchbox as well as get everything else done is a recipe for disaster. I’ve reduced the chaos by having a specific lunchbox container that the kids go to and select what they’d like to eat that day. It’s filled with a variety of fruits, nuts, veggies and a few treats. This not only encourages them to prepare their own lunch, but to also select what will actually get eaten.

Yes, it does cost a bit to fill a container with small packages of foods. I know I could pay less for the same foods in bulk, like yogurts, custards, tuna, crackers, etc. However, if it gets eaten rather than thrown out, I figure I’m saving money. In addition to on-the-go snack type foods, we also discuss what type of wrap or sandwich they’d prefer. I mix it up by having plastic containers filled with leftovers. These are great to take to school and once again, they can be easily prepared the night before.

Finally, getting kids to eat their lunch at school isn’t rocket science. Getting back empty lunchboxes is pretty simple just as long as your organised, supply a range of things they eat and most importantly get them involved.