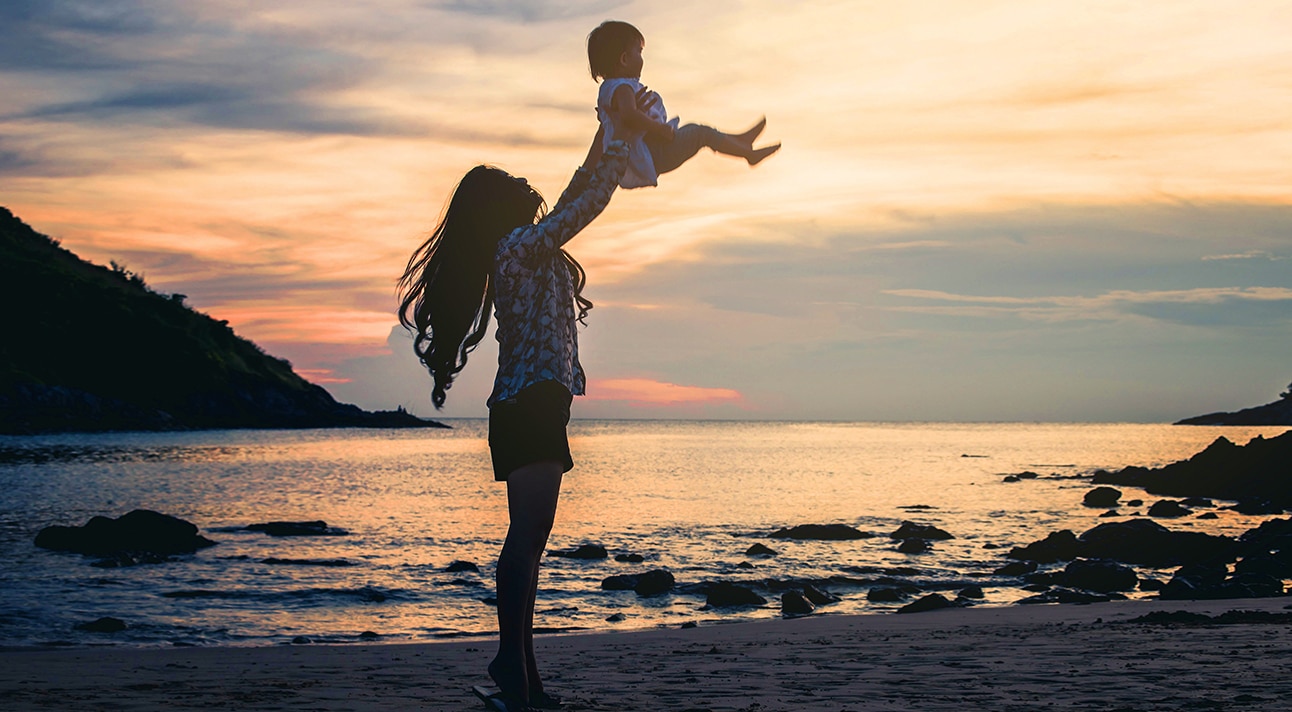 These Are The Best Hairstyles For Slimming A Round Face

Back in elementary school, when any of my classmates revealed that they had a crush on someone, my friends and I would immediately launch into the sing-song refrain that must be familiar to schoolchildren the world over: First comes love, then comes marriage, then comes [crush in question] with a baby carriage.

This is what we’re taught, seemingly from the moment we’re born. You fall in love, get married, and have kids. The inevitable end result of falling in love is someone wheeling in a baby carriage. Any married couple who doesn’t have kids is automatically suspect. Why don’t they have kids? What are they waiting for? Don’t they want to give their parents grandchildren? If they don’t have kids, they’ll never really know what love is. Life is not complete, and certainly a romantic relationship is not complete, until you’ve produced that little bundle of joy.

I never questioned this paradigm. For as long as I can remember, I’ve dreamed of being a wife and mother. The two went hand-in-hand; the thought of getting married and not having children never even occurred to me. As it happened, I was already pregnant when I got married, so whether or not to have kids was not something my husband and I ever pondered.

Maybe, though, it’s high time we all reconsidered whether the idea that love + marriage = kids is really serving us well. Could it be that, just maybe, having children is actually the best way to kill a romantic relationship?

Let’s get one thing straight: it’s not strange that we all seem to expect that a couple who’s in love will have a baby. The genesis of this assumption isn’t a mystery: it’s how nature works. That chemical rush we feel when we fall in love – the one that’s eerily similar to doing lines of cocaine – is nature’s way of getting us to procreate. Biologically speaking, reproduction is ultimate goal of romantic attraction.

It seems, however, that Mother Nature might not be too invested in whether or not your relationship lasts, or how happy it is, once you’ve popped out those kids. Psychologist Matthew D. Johnson, a professor and researcher at Binghamton University, has been studying marital satisfaction and family dysfunction for many years. In his book, Great Myths of Intimate Relationships: Dating, Sex, and Marriage, he questions the idea that having children should be the ultimate goal of a couple who wishes to have a long and happy marriage.

Overall, people tend to become less satisfied with their marriage as time goes by. But having kids speeds up this dissatisfaction and makes it worse, says Johnson. “Comparing couples with and without children, researchers found that the rate of the decline in relationship satisfaction is nearly twice as steep for couples who have children than for childless couples,” he writes in Salon. This is backed up by 30 years of research that has shown conclusively that “the relationship between spouses suffers once kids come along.”

Unhappy to be stuck with you

Ironically, having kids, while it definitively makes couples unhappier in their marriages, tends to make those unhappy marriages last longer. As Johnson puts it, “having children may make you miserable, but you’ll be miserable together.”

So those people who have a baby in an attempt to save their marriage might not be all that far off base. They may very well end up celebrating a silver anniversary – they just might be doing it with gritted teeth, having endured a sex-starved marriage or otherwise having been checked out of their relationship for years.

If you’re thinking that maybe it doesn’t matter so much if you’re stuck in an unsatisfying marriage, as long as you’ve got your children to keep life interesting and joyful, consider this: Johnson says that satisfaction with your spouse is the sole biggest predictor of how how happy you are with your life overall. In other words, the fulfillment of being a parent can’t hold a candle to the benefits of having a solid and satisfying romantic relationship. (As a single mother, this isn’t the greatest news I’ve ever heard.)

Of course, Johnson’s research doesn’t mean, necessarily, that every couple who has kids will be stuck in a marriage that becomes progressively more suffocating over the years. Plenty of couples with children manage to stay happily married and not let their kids suck the life out of their romance. The key is to know what you’re up against, and be mindful about the choices you make (for example, whether to have children at all), and how you divvy up the parenting duties if you do have kids.

Even when both parents work, women tend to be the ones getting up in the night, packing the lunches, signing the permission slips, drying the tears, and in general, doing most of the work of parenthood. “New mothers tend to cut their hours in outside work, which often leads fathers to feel more of the burden of financial responsibility,” says Johnson. This division of duties leads to “feelings of frustration, guilt and distress for both parents,” and mothers often end up feeling disconnected and isolated, from their friends and the world, as well as from their partners.

One way to avoid this entire scenario is to not have kids at all – and it’s a decision more and more couples are making. “According to the U.S. Census, the percent of childless American women (ages 15-44) increased a staggering amount in just two generations: from 35 percent in 1976 to 47 percent in 2010,” writes Johnson. Deciding not to have children is sometimes painted as a selfish decision, but maybe that’s largely because people who’ve made the opposite choice are defensive, and want to justify their own lives. People who don’t have children may actually be happier than those who do – and it seems they’re likely to have better romantic relationships, too.

There’s something else to consider, however, says Johnson. “Most mothers believe the rewards of watching their children grow up is worth the cost to their romantic relationships.” This could be the driving factor behind women freezing their eggs, settling for the wrong guy just so they can have kids, and feeling like they’ve missed out on something if they never become mothers – in spite of research that says a happy marriage is more important to our happiness than having children. If you haven’t had kids yet, it’s worth thinking long and hard about what’s most important to you – and what happiness really means to you.

Comment: Do you have kids? How have they affected your relationship?