“She thought they were for sure going to kill her.”

Kim Kardashian West was robbed by intruders while being held at gunpoint in her Paris apartment around 3:00a.m. local time, Sunday night.

According to a Paris police source, five masked men disguised as police officers entered the exclusive apartment at the Hôtel de Pourtalès, where Kardashian was staying during Paris Fashion Week, after threatening the doorman with a gun.

They then proceeded to tie Kardashian up with packing tape in her bathroom, and put a handgun against her temple before stealing $10 million worth of jewellery from her, including a 15-carat engagement diamond ring given to her by husband, Kanye West.

“She begged for them to let her live and (said) she has babies at home… She thought they were for sure going to kill her,” an anonymous source close to the reality TV star told E! News.

When police arrived, they found the night guard in the staircase, hands and feet tied up. The robbers reportedly fled the scene on bicycles.

Kardashian West, who was badly shaken but physically unharmed, left Paris on a private jet immediately after the incident and arrived in New York on Monday where she reunited with her husband, who canceled his concert at the Meadows Music and Arts Festival 45 minutes into his set when he heard about the family emergency.

The celebrity couple’s children, North West, three, and Saint West, nine months, were reportedly not in the Paris apartment at the time of the robbery.

The hotel is a favorite among celebrities due to its private location in Paris’s sought-after Madeleine district and its discreet setting, including several secret entrances. Visitors currently pay up to $25,000 a night, but it remains to be seen whether the hotel will maintain its popularity after the robbery.

While the majority of social media reactions have been supportive of Kim K, a few have lashed out at the 35 year-old and her very public life on social media.

However, celebs like James Corden quickly came to her defense, pointing out the seriousness of the situation.

People making jokes about @KimKardashian tonight would do well to remember that she’s a mother,a daughter,a wife,a friend.Be nice or shut up

The robbery comes only five days after Kardashian was almost sexually assaulted by a creep trying to kiss her butt in front of a Paris restaurant. While her long-time bodyguard quickly came to the rescue then, it seems Kardashian was without security at her apartment when the masked intruders entered.

Some have speculated the criminals used the reality star’s Snapchat videos to pin down her whereabouts on the night of the attack, as she had posted videos of herself getting ready for the Givenchy fashion show in her hotel room earlier that day. 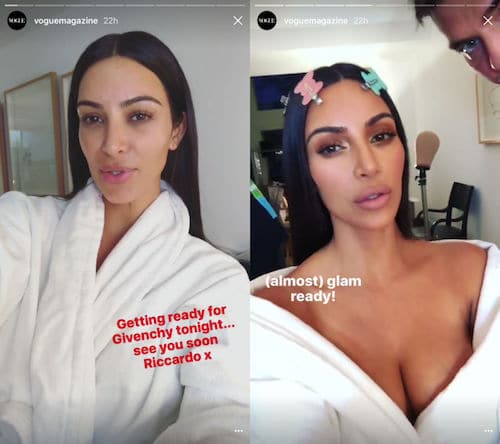 Kardashian is yet to speak publicly on the incident and has since gone quiet on social media. Only time will tell as to whether it will prompt the star to take a more conservative approach to detailing her life online.

Images and video via youtube.com and snapchat.com.

Comment: What’s your reaction to this attack? Are you surprised Kim Kardashian didn’t have more security? Do you think she should post less often on social media?