How can she even walk in these?!

The 2016 Victoria’s Secret Fashion Show just wrapped with plenty of show-stopping wing-adorned lingerie for us to start prepping our credit cards for; but the real standout of this year’s VS show, was Lady Gaga’s performance in a death-defying pair of 10 inch (25.4 cm) heels.

We’re guessing the singer, who is just five feet tall, probably didn’t want to feel like a dwarf among all the towering models, but wearing shoes that are three times the height of your average heel is just batshit crazy (although admittedly seriously impressive at the same time).

While Gaga is known for her extravagant outfits, these black stilettos definitely take the cake as one of her most adventurous attempts yet. We’re not sure where one could get their hands on shoes like these, but we hope they come with some sort of warning label. 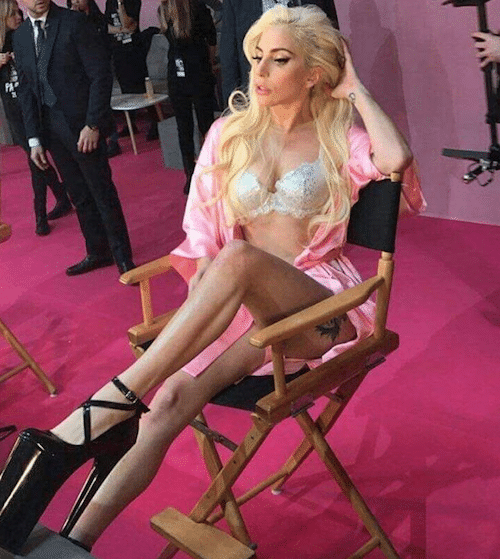 The 30 year-old posed next to Gigi and Bella Hadid backstage before the show, looking not only just as tall as the models, but also showing off a bangin’ bod in VS lingerie. 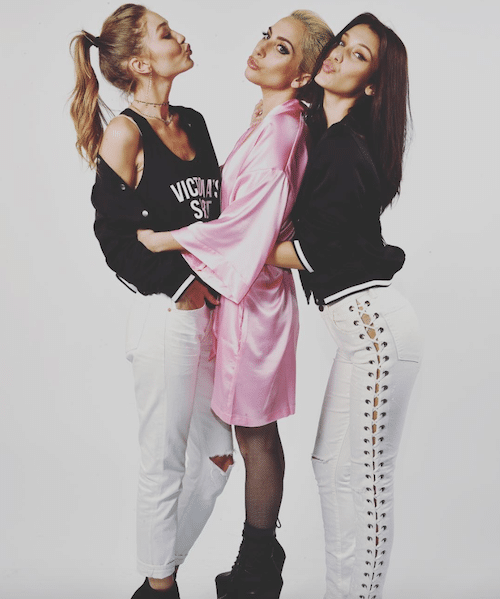 Gaga was one of three music acts at this year’s VSFS, performing songs from her new album Joanne. Bruno Mars and The Weekend also joined the Victoria’s Secret Angels on the runway in Paris, but it was Gaga who stole the show, strutting down the glittery runway in her insane footwear. 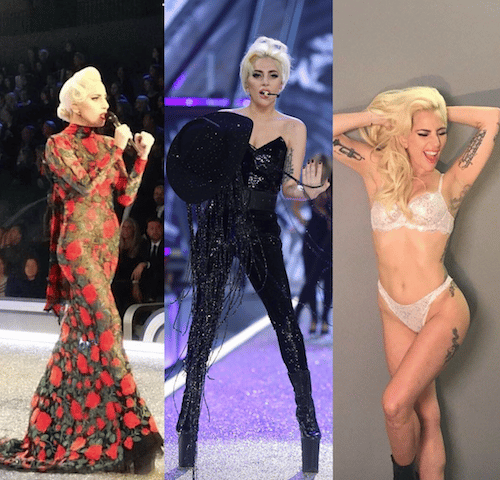 The VSFS 2016 included 51 models who sat through five hours of hair, makeup and spray tanning before being zipped, belted and strapped into their runway outfits. Here are some of the standouts from the night…