There are lots of pretty girls in the world but Lara Bingle has certainly made a business out of it. Not just by modelling and red carpet appearances but also by a string of public ‘dramas’ and a steady flow of selfies – often topless. To silence critics who claim she’s another Paris Hilton or Kim Kardashian, Lara makes her money promoting clothing brands and attending events the rest of us would never be invited to. (Wait, isn’t that exactly what Paris and the Kardashian sisters do?)

Despite parting ways with another management team, don’t feel too sorry for Lara. She has a new beau, actor Sam Worthington, and they look head over heels in love. Why wouldn’t they be? Lara has a frankness about her that is refreshing. She tells the truth in interviews, even when her publicist is frantically gesturing for her to stop talking. And Sam is on track to become one of Hollywood’s most bankable stars. But is Lara a liability? 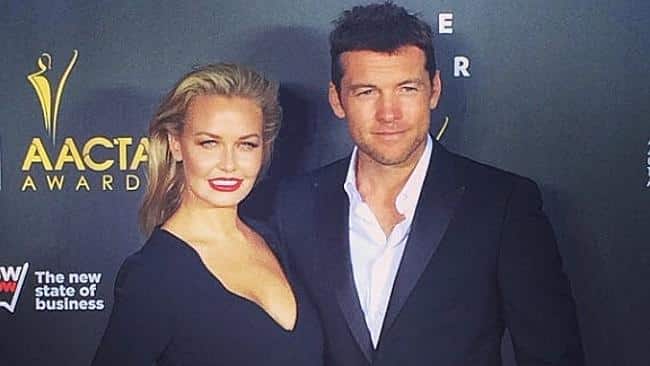 Recently, her impulsiveness becomes an issue when she became embroiled in a paparazzi beat-down, while the new couple strolled around New York. In February, Lara was followed for four hours by paparazzo, Li Sheng. Li followed her from store to store and called out her name relentlessly. One of the many reasons celebrities leave New York is that it is impossible to get away from photographers. Every time you turn a corner, there they are. In Los Angeles, celebs jump in a car and disappear into their compound where the paparazzi can’t snap them.

What is an everyday occurrence for all NYC-based A-listers took a nasty turn when, after pestering Lara constantly, she turns and storms towards the paparazzo and strikes Sheng and/or grabbing for his camera. What Lara did after she hit/pushed the photographer was call Sam and plead with him to come and help her. When Sam arrives, she can be heard telling him the photographer kicked her. Sam then hits the guy. He could have had a stern word with Sheng and slunk off but, when your girlfriend claims to have been attacked, the instinct is to start swinging and ask questions later.

It seems Lara accidentally forgot to mention she approached the photographer first and grabbed for his camera (where he can be heard yelping, as if getting attacked, on video footage.) After Sam allegedly strikes the photographer four times in the face, Lara keeps trying to wrestle the camera from Sheng. She doesn’t have anything to lose, her career is built on public spectacle. But, with an assault charge, Sam could lose his ability to work or possibly even enter the US again. He is one of Australia’s most talented actors and it would be a shame for him to lose those opportunities because no one can find an insurance company willing to insure him (a necessity for even low-budget films) with a felony conviction.

In Hollywood, anything goes if it’s not caught on camera. Video of these altercations is what the paparazzi make money on and Sheng hit the jackpot that day. He made cash both ways: selling the footage to news outlets and the inevitable settlement he will receive for his injuries. What is uncertain is whether the blissful union of Sam and Lara can withstand her public displays of affection/affliction…