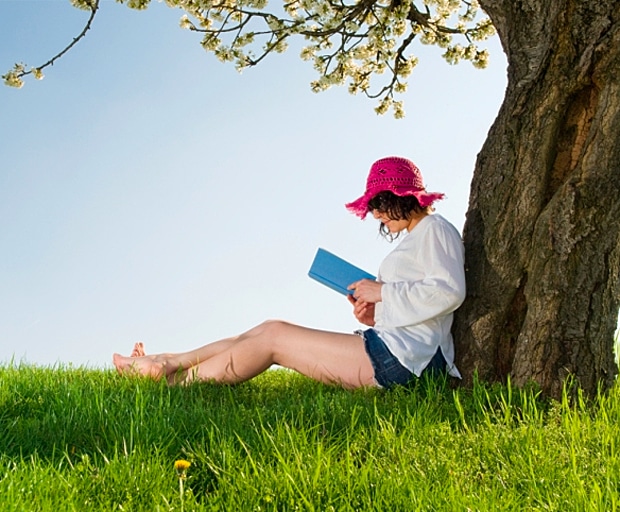 Spread your wings, open your mind and read something new this Spring!

October is bursting with new release books to entertain you, from Danielle Steel’s latest bestseller to a hilarious novel about the rich and scheming we couldn’t put down… 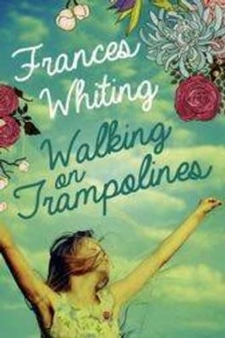 Walking on Trampolines, by Frances Whiting. Published By Macmillan Australia, RRP $29.99
Tallulah de Longland,’ she said slowly, letting all the Ls in my name loll about lazily in her mouth before passing judgement. ‘That,’ she announced, ‘is a serious glamorgeous name.’ From the day Annabelle Andrews sashays into her classroom, Tallulah ‘Lulu’ de Longland is bewitched: by Annabelle, by her family, and their sprawling, crumbling house tumbling down to the river. Their unlikely friendship intensifies through a secret language where they share confidences about their unusual mothers, first loves, and growing up in the small coastal town of Juniper Bay.

Their lives become as entwined as Annabelle’s initials engraved beneath the de Longland kitchen table. But the euphoria of youth rarely lasts, and the implosion that destroys their friendship leaves lasting scars and a legacy of self-doubt that haunts Lulu into adulthood. Years later, Lulu is presented with a choice: remain the perpetual good girl who misses out, or finally step out from the shadows and do something extraordinary.

And possibly unforgivable. It’s not how far you fall, but how high you jump. 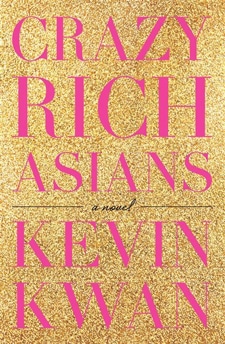 Crazy Rich Asians, by Kevin Wang. Published By Allen and Unwin, RRP $24.99
Thwarted love, scheming snobs, obscene wealth and haute couture – it’s all here in a fabulous novel about what it means to be young, in love, and gloriously, crazily rich. An absolutely wicked treat!

Crazy Rich Asians is the outrageously funny debut novel about three super-rich, pedigreed Chinese families and the gossip, backbiting, and scheming that occurs when the heir to one of the most massive fortunes in Asia brings home his ABC (American-born Chinese) girlfriend to the wedding of the season.

When Rachel Chu agrees to spend the summer in Singapore with her boyfriend, Nicholas Young, she envisions a humble family home, long drives to explore the island, and quality time with the man she might one day marry. What she doesn’t know is that Nick’s family home happens to look like a palace, that she’ll ride in more private planes than cars, and that with one of Asia’s most eligible bachelors on her arm, Rachel might as well have a target on her back. Initiated into a world of dynastic splendour beyond imagination, Rachel meets Astrid, the It Girl of Singapore society; Eddie, whose family practically lives in the pages of the Hong Kong socialite magazines; and Eleanor, Nick’s formidable mother, a woman who has very strong feelings about who her son should – and should not – marry.

Uproarious, addictive, and filled with jaw-dropping opulence, Crazy Rich Asians is an insider’s look at the Asian jetset; a perfect depiction of the clash between old money and new money; between Overseas Chinese and Mainland Chinese; and a fabulous novel about what it means to be young, in love, and gloriously, crazily rich. 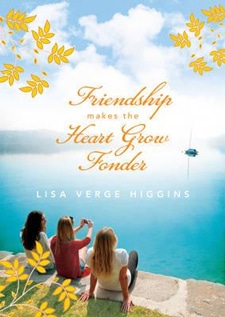 Friendship Makes the Heart Grow Fonder, by Lisa Verge Higgins. Published By Allen and Unwin, RRP $27.99
Lenny left his wife, Monique, a bucket list of things they’d dreamed of doing together before cancer took his life. For four years, she ignored it, too busy raising their daughter to consider the painful task of resurrecting shattered dreams.

But when her next-door neighbour, Judy, starts a slow slide into a personal crisis, and another friend, Becky, receives shocking news about her future, Monique realises that Lenny’s legacy could be a gift to three women in desperate need of a new perspective.

Whisking her friends away on adventures from London to Paris, from Monaco to Milan, she is determined to follow the bucket list to the letter-until one eventful evening knocks the three friends off the beaten path. Caught up in adventures of their own making, they begin to understand: Sometimes getting lost is the only way to find what you’re really looking for. 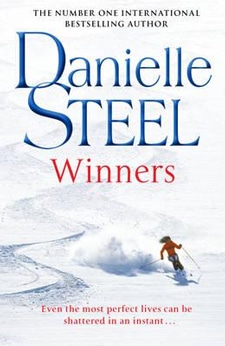 Winners, by Danielle Steel. Published By Bantam Press, RRP $32.95
Lily Thomas is as determined as they come. A professional skier who won the bronze medal at the age of fourteen, she’s now seventeen and poised to take the gold at the upcoming Olympic Games. Everything is on track for a successful competition and a celebrated future, until the unforeseeable occurs and her life is changed forever in a horrific accident.

Lily’s wealthy father, Bill, is utterly beside himself in the wake of his daughter’s devastating news. Lily means the world to him, especially since he raised her singlehandedly after her mother’s death. So when he feels the need to pin the blame on someone, it seems only natural that his anger be directed at Jessica Matthews, Lily’s orthopedic surgeon who, though she managed to save his daughter’s life, simply couldn’t prevent the ghastly reality that she would forever be confined to a wheelchair.

In the midst of all this, Jessica receives her own set of dreadful news on the night of Lily’s surgery – her husband was killed in a horrific car accident on his way to take one of their four children bowling; an event she would have accompanied him on had she not been called away for the emergency.   With their worlds collapsing around them, the recovery process is a slow one for these three very different people. But just when it seems things couldn’t get worse, hope, love and redemption reign supreme as they work to turn their personal tragedies into triumphs and spread joy to others. 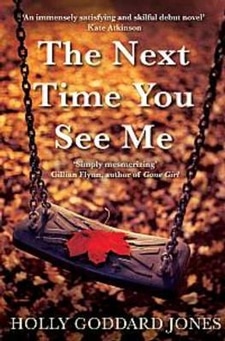 The Next Time You See Me, by Holly Goddard Jones. Published by Corvus, RRP $29.99
In The Next Time You See Me, the disappearance of one woman, the hard-drinking and unpredictable Ronnie Eastman, reveals the ambitions, prejudices, and anxieties of a small southern town and its residents. There’s Ronnie’s sister Susanna, a dutiful but dissatisfied schoolteacher, mother, and wife; Tony, a failed baseball star-turned-detective; Emily, a socially awkward thirteen-year-old with a dark secret; and Wyatt, a factory worker tormented by a past he can’t change and by a love he doesn’t think he deserves. Connected in ways they cannot begin to imagine, their stories converge in a violent climax that reveals not just the mystery of what happened to Ronnie but all of their secret selves.

The Next Time You See Me is the “immensely satisfying and skilful debut novel” (Kate Atkinson) by award-winning author Holly Goddard Jones. 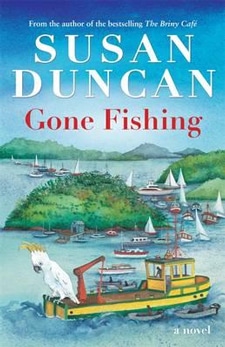 Gone Fishing, by Susan Duncan. Published By Random House, RRP $32.95
Gone Fishing is the sequel to the bestselling The Briny Café, is a heart-warming, inspirational novel about taking a stand against all the odds.   For bargeman Sam Scully, life in Cook’s Basin is nothing short of paradise. A wonderland of golden sand and turquoise waters, battered old tinnies and wonky pontoons, it’s a realm unspoilt by the modern world.

But then a notice goes up in the Square that screams ‘EXCLUSIVE DEVELOPMENT!’  Paradise is about to be ripped apart.  With plans underway to build a flash resort in the heart of their community, the residents leap into action – with Sam as their leader, and a twelve-foot papier-mache cockatoo as their mascot . . . But it’s never going to be easy to turn the tide of ‘progress’.   Meanwhile there’s trouble brewing at the Briny Café.   Kate Jackson is struggling to come to terms with the dreadful secret spilled on her mother’s deathbed.   And as for Kate’s co-owner, Ettie Brookbank… Well, what is happening to Ettie?

What books are you reading right now?