There’s no better time to grab a new book and head to the beach or park and wile away an afternoon getting lost in a page-turner. Here are our favourite new books, from Danielle Steele’s latest must-read set in the world of fashion, to a bestselling story of sisterhood. 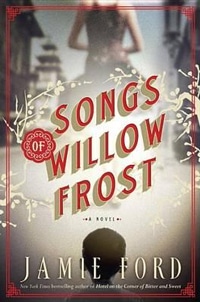 Songs of Willow Frost, by Jaime Ford. Published by Allen and Unwin, RRP $27.99

From Jamie Ford, the New York Times bestselling author of the beloved Hotel on the Corner of Bitter and Sweet, comes a much-anticipated second novel.

Set against the backdrop of Depression-era Seattle, Songs of Willow Frost is a powerful tale of two souls – a boy with dreams for his future and a woman escaping her haunted past – both seeking love, hope, and forgiveness. From the international bestselling author of Hotel on the Corner of Bitter and Sweet.

Twelve-year-old William Eng, a Chinese American boy, has lived at Seattle’s Sacred Heart Orphanage ever since his mother’s listless body was carried away from their small apartment five years ago. On his birthday – or rather, the day the nuns designate as his birthday – William and the other orphans are taken to the historical Moore Theatre, where William glimpses an actress on the silver screen who goes by the name of Willow Frost. Struck by her features, William is convinced that the movie star is his mother, Liu Song.

Determined to find Willow and prove that his mother is still alive, William escapes from Sacred Heart with his friend Charlotte. The pair navigate the streets of Seattle, where they must not only survive but confront the mysteries of William’s past and his connection to the exotic film star. The story of Willow Frost, however, is far more complicated than the Hollywood fantasy William sees onscreen.   Shifting between the Great Depression and the 1920s, Songs of Willow Frost takes readers on an emotional journey of discovery. Jamie Ford’s sweeping novel will resonate with anyone who has ever longed for the comforts of family and a place to call home. 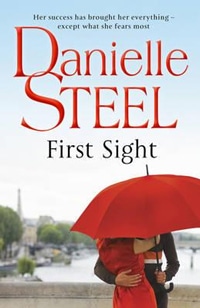 First Sight, by Danielle Steel. Published By Random House, RRP 32.95
New York. London. Milan. Paris.   Fashion week in all four cities. A month of endless interviews, parties, unflagging work and attention to detail.  At the centre of the storm is Timmie O’Neill, whose renowned line, ‘Timmie O’, is the embodiment of casual chic, in fashion and for the home. She has created an international empire that inspires, fills, and consumes her life.

In a world where humility and compassion are all too rare, Timmie’s humour, kindness, integrity, and creativity are inspirational. Yet as blessed as she feels by her success, she harbours the private wounds of a devastating childhood and past tragedy. Always willing to take risks in business, she never risks her heart – until an intriguing Frenchman comes into her life during Paris Fashion Week. There is every reason why they must remain apart. But neither can deny their growing friendship and the electricity that sparks whenever they meet.

Are they brave enough to face what comes next? And will they do it together – or apart? 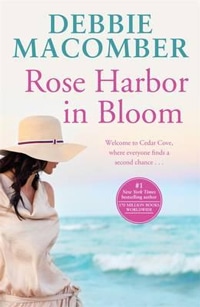 Rose Harbour in Bloom, by Debbie Macomber. Published By Random House, RRP $32.95
From the number one New York Times bestseller Debbie Macomber, welcome to the Rose Harbor Inn, where every room has an inspiring new view, and every guest finds a second chance…

Jo Marie has started to feel at home running the Rose Harbor Inn. Now it’s springtime, and in memory of her late husband, Paul, Jo Marie has designed a beautiful rose garden for the property and enlisted handyman Mark Taylor to help make it happen. Jo Marie and Mark don’t always see eye-to-eye but deep down, she finds great comfort in his company. And while she still seeks a sense of closure, she welcomes her latest guests, who are on their own journeys.

Annie arrives in town to organise her grandparents’ fiftieth wedding anniversary celebration. But she’s struggling to move on from her broken engagement, and her grandparents themselves seem to be having trouble getting along. But all the best parties end with a surprise, and Annie is in for the biggest one of all.  Mary has achieved incredible success in business, yet serious illness has led her to face her sole regret in life. Almost nineteen years ago, she ended her relationship with her true love, George, and now she has returned to Cedar Cove to make amends.

Together, the women discover that sometimes you have to travel far from home to find the place where you really belong. 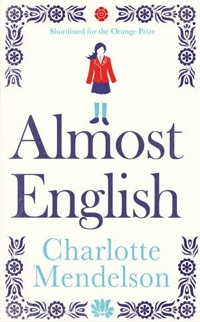 Almost English, by Charlotte Mendelson. Published by Pan Macmillan, RRP A$29.99
Home is a foreign country: they do things differently there.

In a tiny flat in West London, sixteen-year-old Marina lives with her emotionally delicate mother, Laura, and three ancient Hungarian relatives. Imprisoned by her family’s crushing expectations and their fierce unEnglish pride, by their strange traditions and stranger foods, she knows she must escape. But the place she runs to makes her feel even more of an outsider.

At Combe Abbey, a traditional English public school for which her family have sacrificed everything, she realises she has made a terrible mistake. She is the awkward half-foreign girl who doesn’t know how to fit in, flirt or even be. And as a semi-Hungarian Londoner, who is she? In the meantime, her mother Laura, an alien in this strange universe, has her own painful secrets to deal with, especially the return of the last man she’d expect back in her life. She isn’t noticing that, at Combe Abbey, things are starting to go terribly wrong. 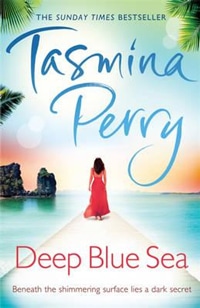 Deep Blue Sea, by Tasmina Perry. Published by Headline Australia, RRP $29.99
With her unique signature blend of escapism, passion and thrilling suspense, Tasmina Perry once again proves she is simply in a league of her own.

Diana and Julian Denver have the world at their feet. With a blissful marriage, a darling son and beautiful homes in London and the country, Diana s life, to the outside world, is perfect. But nothing is as it seems…When Julian dies suddenly and tragically, Diana is convinced there is more to it than meets the eye. She calls on the one person she had never wanted to see again, her sister, Rachel.

A former tabloid reporter, Rachel appears to be living the dream as a diving instructor on a Thai island. The truth is she’s in exile, estranged from her family and driven from her career by Fleet Street’s phone-hacking scandal.  For Rachel, Diana’s request opens old wounds. But she is determined to make amends for the past, and embarks on a treacherous journey to uncover the truth – wherever it may lead…

What are you reading right now? Share in the comments!