From the new Bridget Jones to a can’t-put-down page turner that’s one of the most thought-provoking reads of 2013, you’ll be sure to find the perfect read amongst spring’s latest book releases. 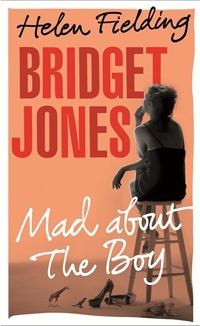 Bridget Jones: Mad About the Boy, by Helen Fielding. Published by Random House, RRP $32.95
When Helen Fielding first wrote Bridget Jones’ Diary, charting the life of a 30-something singleton in London in the 1990s, she introduced readers to one of the most beloved characters in modern literature. The book was published in 40 countries, sold more than 15 million copies worldwide, and spawned a best-selling sequel, Bridget Jones: The Edge of Reason. The two books were turned into major blockbuster films starring Renée Zellweger, Hugh Grant and Colin Firth.

With her hotly anticipated third instalment, Bridget Jones: Mad About the Boy, Fielding introduces us to a whole new enticing phase of Bridget’s life set in contemporary London, including the challenges of maintaining sex appeal as the years roll by and the nightmare of drunken texting, the skinny jean, the disastrous email cc, total lack of twitter followers, and TVs that need 90 buttons and three remotes to simply turn on.

An uproariously funny novel of modern life, Bridget Jones: Mad About the Boy is a triumphant return of our favourite Everywoman. 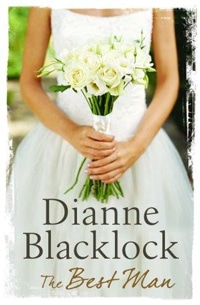 The Best Man, by Diane Blacklock. Published by Macmillan Australia, RRP $29.99
Is the Best Man always the Right Man? With American fiancé, Henry Darrow, publicist Madeleine has at last found the yin to her yang – or whichever way round it is. The calm to her storm, the stillness to her constant motion. Balance.

Her boss, Liv, had to be talked into marriage, which predictably ended in divorce. She’s happy for Madeleine, but Liv is firmly of the opinion that she and her twins are better off alone. However, when Madeleine meets Aiden, Henry’s choice for best man, and Liv has a spontaneous chat with a stranger, the settled lives these women thought they had finally achieved are thrown into chaos. Aiden brings secrets with him and starts to unravel some of Madeleine’s. Liv’s growing relationship conjures up possibilities she thought she’d shut away forever. May the best man win. 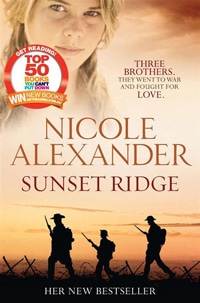 Sunset Ridge, By Nicole Alexander. Published by Random House, RRP $32.95
Nicole Alexander’s new bestseller is an epic historical novel that takes three brothers from the drought-stricken outback of Queensland to the horror of the trenches in World War One.

They went to war and fought for love …Although Madeleine has grown up in the shadow of her grandfather, the renowned artist David Harrow, she knows little about him.   For David died long before she was born, and his paintings sold off to save the family property, Sunset Ridge.  Now, decades on, with the possibility of a retrospective of David’s work, Madeleine races to unravel the remarkable life of her grandfather, a veteran of the Great War, unaware that his legacy extends far beyond the boundaries of the family property…

It’s 1916, and as Europe descends further into bloodshed, three Queensland brothers -Thaddeus, Luther and David Harrow – choose freedom over their restricted lives at Sunset Ridge. A ‘freedom’ that sees them bound for the hell of the trenches.   With the world on fire around them, the brothers bear witness to both remarkable courage and shocking carnage. But they also come to understand the healing power of love – love for their comrades, love for each other, and love for the young, highly spirited girl they left back home…

This is a story of bravery and misadventure, of intolerance and friendship, most of all it is the story of three young men who went to war and fought for love. 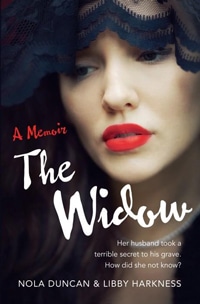 The Widow, by Nola Duncan and Libby Harkness. Published by Ebury Press, RRP $34.95
Her husband took a terrible secret to his grave. How did Nola Duncan not know?

The day Nola Duncan married her husband in 1981 was the happiest day of her life. Michael was Nola’s ‘perfect man’ – a good father; a wonderful host, cook and raconteur; a devoted husband and caring lover; a good friend and a committed Christian.

Throughout their thirty-year marriage, Michael, a deeply romantic man, wrote Nola copious love notes, letters and poems. So when he died suddenly of a cardiac arrest in 2010, her grief was profound. The funeral service overflowed with people who loved and admired him; the eulogies were effusive.  Heartbroken, Nola picked her way through early widowhood and on the first anniversary of his death she buried his ashes in a plot with room for hers. Then she set about clearing out his things.

Until now, Nola has remained silent about Michael’s betrayal of everything and everyone they knew. There are many unanswered questions in this story: why did he keep the letters? Can a man love two women at once? But there’s one she knows she will always be asked – how could she not have known? But hand on her heart, she didn’t. 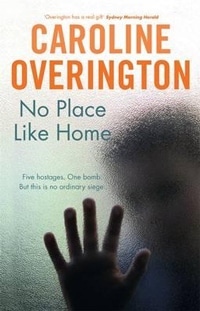 No Place Like Home, by Caroline Overington. Published By Bantam Australia, RRP $32.95
From bestselling author and award-winning journalist Caroline Overington comes another thought-provoking and heart-rending story, that reaches from the heart of Bondi to a small village in Tanzania.

Shortly after 9.30 in the morning, a young man walks into Surf City, Bondi’s newest shopping complex. He’s wearing a dark grey hoodie – and a bomb around his neck.

Just a few minutes later he is locked in a shop on the upper floor. And trapped with him are four innocent bystanders.

For police chaplain Paul Doherty, called to the scene by Superintendent Boehm, it’s a story that will end as tragically as it began. For this is clearly no ordinary siege. The boy, known as Ali Khan, seems as frightened as his hostages and has yet to utter a single word.

The seconds tick by for the five in the shop: Mitchell, the talented schoolboy; Mouse, the shop assistant; Kimmi, the nail-bar technician; and Roger Callaghan, the real estate agent whose reason for being in Bondi that day is far from innocent.

And of course there’s Ali Khan. Is he the embodiment of evil, as the villagers in his Tanzanian birthplace believe? Or simply an innocent boy, betrayed at every turn, who just wants a place to call home?

What are your favourite new books?