What I Learned From Trying To Be ‘One Of The Guys’

Before long, I knew of no higher compliment than, “You’re not like those other girls.”

Simone de Beauvoir once said that “one is not born, but rather becomes, a woman.”

I think the same is true of feminists, especially after a conversation in my graduate seminar last week.

“Can men be feminists too?” a male classmate asked.

Our professor broke into a grin. “Yes! Men can be feminists – anyone can be a feminist. It’s not innate. It’s a choice that you make.”

When did I consciously start conceiving of myself as a feminist? Was there an incident, like when I was told the story of how my grandparents wanted me to be a boy or when I started on birth control and learned just how far the GOP would go to take it away? Regardless of what that moment was, it occurred sometime in my later teenage years. And it was followed by a period where I wasn’t just a feminist – I was a bad feminist.

I don’t mean “bad feminist” in the Roxane Gay way, loving all things pink and Sweet Valley High. In fact, I was the very opposite, the kind of “bad feminist” that not only hates these things but relentlessly criticizes the women who love them. I ran with a small group of girlfriends in high school who devoured teen soap operas and Aéropostale hoodies, and eventually, I let our lack of aligning interests eclipse the fun I had hanging out with them. No, I don’t know who that is singing on the radio. They’re terrible; give me some Zeppelin. No, I wouldn’t be caught dead in one of those poofy, glittery, Cupcake Surprise Doll prom dresses.

Unknowingly at the time, I was partially basing my criticisms on what might win me points with the guys. A simple black prom dress wasn’t just my style – I reasoned that it was the clear and classy choice if you wanted the boys to take you more seriously. I didn’t just watch football so that I could justify buying that sequined NFL collection from Victoria’s Secret – I learned all the rules and lingo so that I could hold my own with the guys in the room. Ditching One Tree Hill marathons to watch Star Wars for the twentieth time earned me innumerable brownie points, and before long, I knew of no higher compliment than, “You’re not like those other girls.”

While on breaks from college, I got to know a group of guys who lived in the small rural town next to my own. They were handsome, muscular, a level of athletic I could never dream of being. Their parents came from long lines of military and law enforcement service, and had taught them how to hunt, fish, and properly camp while I was still mastering a canter with my stick horse. They climbed water towers for fun and took me to keg parties in the woods on weekends, where I drank cheap beer and wore flannel and feigned interest in their firearms.

I was intoxicated by the unchecked masculinity, the quarterback confidence of these boys. I was also incredibly smug, because I was one of only two girls in the group. The other girl was already partnered up with one of the guys, so I leveraged my single status to become Cool Girl. You know the one, from Rosamund Pike’s monologue in Gone Girl. She likes what he likes, so evidently, he’s a vinyl hipster who loves fetish Manga. If he likes Girls Gone Wild, she’s a mall babe who talks football and endures buffalo wings at Hooters.

Within a year I had carved out a place for myself as one of the guys – but in a female body. I scarfed down pizza during early morning video game marathons. I went to strip clubs. I flirted shamelessly and selfishly, not caring who I led on or hurt. And I wholly disregarded the feelings of the other girl, who would never be as easygoing as me. 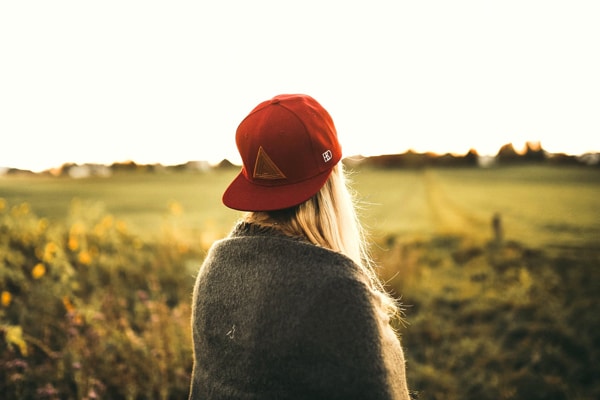 Like most Cool Girls, I thought that my masculine performance would protect me.

When one of the guys began to do things that made me feel trapped and threatened when we were alone, there was no support system. Oh, you know him. He’s just goofing around. It’s probably because he really likes you and just doesn’t know how to tell you. I snuffed out my intuition, not wanting to make any waves. I was Cool Girl, right? Isn’t this what I had signed up for?

But the weeks turned into months, the months turned into years, and Cool Girl cracked. I took a shot in the dark, and confided in the girl I had dismissed without a second thought so long ago.

Something incredible happened. She believed me.

Concentrations of power and privilege are mesmerizing. They’ll test your moral compass in ways you may have never thought possible. Maybe, like 53 percent of the white women who voted in the last election, you’ll support a man – one who has assaulted your fellow women, who wants to make life measurably worse for your gay, black, and immigrant brothers and sisters – just because you appreciate that he “says what’s on his mind.”

In my effort to be “one of the guys,” I disrespected a girl who would later shower me with kindness and compassion. I still have the blue and white ceramic sailboat that I painted when we went to Pottery By Me together, joking that we were crafting “friend-ships.” I keep my loose change in it, look at it every day, and think of her.

Do I value my friendships with men? Of course. But what I won’t do any longer is brag about having more male friends than female, as if that will win me entry into some exclusive club where I can spend eternity dissing the color pink.

Once I made a conscious (and feminist) choice to view women as my companions and not my competition, I opened myself up to all kinds of fulfilling relationships. Some are with women who definitely don’t like the same TV shows or fashion that I do. But all are with women who listen and say, “GIRL, I hear you.”

On Growing Up A Tomboy
My Husband Has No Balls (But Is Still A Strong Man)
Sexual Safe Spaces: How Far Is Too Far

Comment: Do you have a lot of male friends? What has it taught you about men?