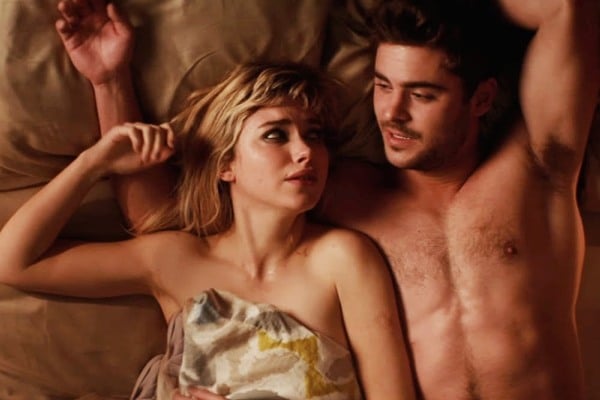 6 Ways To Prove You’re An Alpha Female At Work

Is it getting hot in here?

One night stands can be pretty damn nerve-wracking. The pressure to get into the groove quick-smart when you’re flying blind can cause performance anxiety on both sides…especially if you’re on a table in an abandoned courtyard on a freezing cold night while a party rages twenty feet away *cough cough*.

Although I enjoy the thrill of the unknown, I try not to think too much about the ins and outs of coitus uno. If it’s good; awesome. If it’s not; fake it and fly off.

RELATED: Remain Detached: One Night Stand Means One Night Only

One of the many lessons I’ve learnt from my array of one night stands is that irritatingly enough, the heat-of-the-moment willingness to be treated like a plaything vanishes inexplicably when the sun comes up. The condescension and awkwardness in the morning tends to eclipse it, especially if he gets your name wrong. Much as I delight in the odd sensationally singular evening, every casual encounter has left me with a degree of disappointment, exhaustion, and emptiness.

Except for one, which taught me an entirely different lesson.

A few months ago, a friend of mine was house-sitting in one of those cavernous suburban mansions you see on Desperate Housewives. Of course there was a party, and of course the initially low-key gathering turned into a heady night of divine debauchery. Plus there was this guy.

I’d met him a couple of times through mutual friends, but we didn’t really know each other. He was obviously super smart, hilariously funny, down to earth, all of those good things. But before you could comprehend his stellar personality, you had to get past his looks.

Needless to say, I’d entertained the odd inclination for him in the past, but one tiny factor had always prevented me from putting it into play. He was nineteen. A full eight years younger than me.

Don’t get me wrong, I’m A-okay with shagging younger men, but the minute you add ‘teen’ to the end of a person’s age it makes eight years seem like thirty. I mean, nineteen? It was so frustrating. The prospect of anything happening seemed so utterly illicit, so entirely taboo, so…excruciatingly enticing.

But try as I might, there was no denying something steamy was bubbling between us. The fact that his chest was rising and falling faster and faster every time I was near him didn’t help my nerves. The way he looked at me made me want to freeze time and pounce then and there. But the moment wasn’t right…yet.

Finally, the party started to wind down. The host had long since passed out; draped over the washing machine wearing his mother’s favourite sun dress (don’t ask). Those remaining abandoned the glare of the main living area and retreated; delirious and ready to collapse, into the much cozier study.

It was an old-fashioned little room, decked out with velvet armchairs, baby grand piano, a vast wooden chest filled with antique china you got grounded for breaking as a kid; you get the picture. Just for fun, we drew the heavy curtains and turned out all the lights to create a warm, seemingly subterranean haven lit only by the small but stubborn coal fire crackling in the grate. 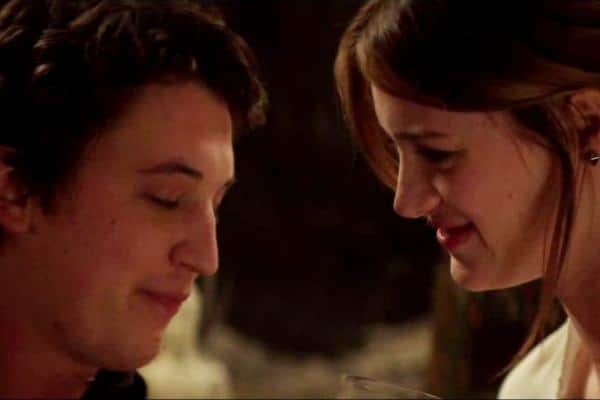 The flickering flames cast an ethereal dancing light over the room; it was pretty surreal. One by one, the final stragglers muttered hoarse excuses and dribbled out.

It was just me and him.

We didn’t quite know how to play it; the alcohol had worn off and our inhibitions were making an unwelcome return. Finally, he stood, muscles rippling beneath his collared shirt.

“Right. I’m too tired to drive…so I was just gonna crash in the guest room,” he said, staring at me pointedly.

“Okay,” I murmured, daring him to make the move.

“So…are you sure you’re gonna be okay here?”

“Totally,” I said casually. He was surprisingly insecure for a nice kid who knew full well he filled the attractive quota of five people.

“Okay…” He moved very slowly towards the oaken door, looking back as he did so. What?! The chemistry was as obvious as a fake ID in a liquor store; why wasn’t he saying the magic words? Then it hit me like a sledgehammer to the face; he was only nineteen. Oh my God, this kid probably had NO IDEA how to proposition a woman eight years older than him.

“Wait,” I blurted out, standing.

He returned; you could cut the air with a knife. Once he was in the chair, I placed one hand on either armrest, leaned in, and kissed him. I braced myself for the awkwardness of friends crossing that final platonic barrier. But there wasn’t any. Instead, he was hands down the best kisser I’d ever had. I lowered myself onto his lap; his breathing quickened and he pulled me closer. I forced myself to remain composed, still playing the role of the experienced and elusive ‘older woman’.

Then he put his hand between my legs.

Oh wow. Wow wow wow. I was not expecting that. I stopped kissing him and gasped. This was clearly not the usual semi-erotic make-out session at a bar where you try to figure out the chemistry back at his apartment. This was different, this was explosive, this was like nothing I’d ever experienced. My body tensed, and I could sense him grinning in satisfaction.

“Are you sure you don’t want to come crash with me?” he asked.

We stumbled to our feet; he took my hand and led me to the guest room. When we closed the door, this younger man, this fledgling adult made love to me with more consideration, care, and respect than any of my fleeting lovers, whatever their age. From carrying me to the bed (not hard given his glorious height), to going down on me without instruction and expecting nothing in return, it was not just the most incredible one night stand of my life, but some of the most fabulous sex I’ve ever had.

The next morning, the familiar post-coitus paranoia began to set in. I steeled myself for the cold and condescending “You should go now”, but that never came. He was…normal. Just so normal. And calm, and kind, and strangely chatty. I got dressed without any sort of rush, and left the house in the early morning sunlight, my head still reeling.

I haven’t spoken to him since then, but all the closure I needed was in our slow, surprisingly affectionate parting kiss. I was, for the first time after a one night stand, entirely satisfied.

Here’s what I learnt from that extraordinary evening; a one night wonder shouldn’t make you feel like used dishrag.  Pick the guy who smiles and takes his time, not the one who rushes at you with a drink and (hopefully) a condom. You’re worth more than a blow-up doll; don’t settle for some douche who is convenient but cruel, because ‘no commitments’ is NOT code for ‘no respect’.

And age? That’s just a number.

Image via Youtube.com and Apnatimepass.com