Life After Lip Fillers: Kylie Removed Hers — Can You?

Is there anyone more synonymous with lip filler than Kylie Jenner? After debuting newly plump lips as a teen, she first denied having her lips done, but then admitted to it in 2015 and explained exactly why she had gotten lip filler (a boy she was dating had called her lips “really small”). Suddenly it seemed like augmented lips were all the rage, with cosmetic clinics reporting a huge increase in requests for lip enhancement services.

Suddenly anyone who wanted fuller lips could have them with a procedure that wasn’t too invasive or time-consuming or especially costly (between $650 to $800 per fluid ounce). The results were even reversible if you weren’t happy with them (although satisfied customers reported being thrilled with their new lips). But then this summer…. Something happened. Something big. (Or rather, something smaller.) 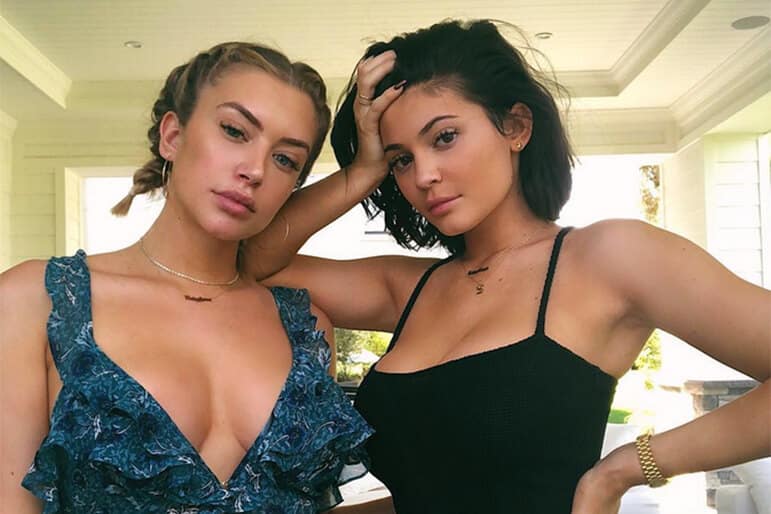 Kylie posted a pic on Instagram and she looked… well, pretty vintage, as one fan commented: “[S]he looks like the old Kylie here idk why.” Kylie solved the mystery pretty quickly with her own reply, explaining that she’d gotten rid of all her lip filler. The world seemed to echo with desperate cries of WHY? HOW? WHAT DOES THIS MEAN?

A source explained the “Why?” to Entertainment Tonight, saying that “once [daughter] Stormi was born, Kylie realized she was a mother first, and that is a big reason she has been sporting the more natural look.” Having gotten that out of the way, Dr. Joshua Zuckerman, MD, FACS, a board-certified plastic surgeon in New York City explained to us the “How?” And as for the meaning… we’ll all have to look within ourselves to figure that out.

“Lip augmentation is one of my most popular non-surgical treatments,” says Zuckerman. “It is performed by injecting a dermal filler into the lips in various locations and volumes. Fine lines above and below the lips can treated as well.” The fillers are hyaluronic acid-based. “Hyaluronic acid is a natural substance found in the body that absorbs many times its weight in water,” Zuckerman explains, adding that the “most popular dermal filler is Juvederm made by Allergan, who is also the maker of Botox. Allergan also makes a newer lip filler Volbella, which has a lower viscosity and is claimed by company to last a bit longer.”

How do you get it done?

Zuckerman calls the treatment “quick and easy,” detailing how he performs the procedure: “I use a version of dermal filler typically that contains lidocaine, and I additionally numb the area with a topical anesthetic to minimize patient discomfort. I then inject into specific points around the lips depending on the patient’s desired outcome. I can augment overall lip size or volume, lip left to right symmetry, or the ratio of the upper to lower lips.” It’s a pretty fast process, taking about 20 minutes, after which there may be some redness around the area that usually goes away within 24 hours. “Most of my patients return to work immediately after a daytime treatment appointment,” says Zuckerman, and the results last about six months.

Can lip filler be removed?

Yes; we know it can thanks to Kylie Jenner’s recent Instagram post and the title of this piece, but I like posing a suspenseful question like that! “Removing dermal fillers from the lips is a relatively easy process,” assures Zuckerman. Why would someone want to? For one thing, patients can experience a (very rare) allergic reaction to hyaluronic acid, in which case they’ll want to reverse the process, stat. Or perhaps they’re unhappy with the results, or have decided to rebrand their gazillion-dollar image after having a baby by going back to the “natural look” (hey, it could happen to you!).

How does lip filler get removed?

Whether it’s an allergic reaction, unhappiness with the results, or a decision to rebrand, Zuckerman tells us how it’s done: “The process is performed using an enzyme, hyaluronidase, which degrades the hyaluronic acid based dermal filler relatively quickly and painlessly,” he says, adding that he’s never actually had to perform a reversal as a result of one of his own treatments. (“I would perform it for a patient who underwent treatment with me at no cost,” he notes. “For a new patient who seeks to treat complications of a poor aesthetic result from another provider, I would charge approximately 50 percent of the original treatment cost.”

Who can perform a reversal?

Stay tuned for more on lip fillers from Kylie… word has it that she’s creating a vlog about her experiences!