Horrifying to read, the untold stories of child sex slaves need to be heard.

Turn on the news and you’ll eventually see the latest Syrian tragedy involving a radicalized youth, an innocent civilian, and a gun. Check your Facebook news feed and you’ll find reams of articles detailing the Hasad regime, and the appalling crisis that is Palestine and Israel.

These issues have become the face of terror; the go-to imagery portrayed by the mass media to provide a warped sense of comfort that at least it can’t get any worse. However, what you don’t see or read about is the recent phenomenon of sex slavery, introduced by ISIS as a slow genocide of ‘unbelievers’.

The targets are the Yazidi religious minority, who inhabit villages on the flanks of Mount Sinjar in northern Iraq. In early August last year, ISIS fighters stormed the villages, killed the men and boys, and kidnapped the women and young girls. They were stripped naked and inspected for attractiveness, breast size, and (most valuable of all) virginity. They were then callously torn from their communities; some never to be seen again.

This initial kidnapping was the catalyst for an epidemic that continues to spread. Once sufficiently categorized, Yazidi women and girls are taken to Al-Raqqah, the self-proclaimed capital of the Islamic State. There, petrified with fear, they are put on display like goods in a shop window, and sold at auction into sexual slavery. The buyers are ISIS fighters, sheiks, and emirs, who barter and haggle for girls as young as nine or ten. They fetch the highest price.

Once bought, the Yazidis are subjected to the most horrendous cruelty. They are raped violently and repetitively, and made to live in squalor. One woman, who refers to herself only as Dalia, gives this horrifying account:

“One day an ISIS member by the name of Abu Mustafa took me so he could give me as a gift to a Chechen member of the organization named Ayman. Before raping me, Ayman pulled my hair and forced me to dunk my head in a full pail of oil, telling me, ‘You are so dirty that this is how we will purify you.’ Then he imprisoned me in his house and raped me for three days.”

Dalia’s story is the tip of the iceberg. Jinan, 18, was held captive for three months before she managed to escape, locked in a house by an ISIS fighter to suffer similar treatment.

“They tortured us, tried to forcefully convert us. If we refused we were beaten, chained outdoors in the sun, forced to drink water with dead mice in it,” Jinan stated.

“Sometimes they threatened to torture us with electricity. These men are not human. They only think of death, killing. They take drugs constantly. They seek vengeance against everyone. They say that one day Islamic State will rule over the whole world.”

Jinan and Dalia are two of over 5,000 Yazidi girls and women who have been sold into sexual slavery so far. It is the single largest kidnap of women this century.

Aside from the destruction of the non-Muslim world, the sex trade serves two primary purposes. Firstly, the trade is extremely financially beneficial to the Islamic State, turning over a huge and constant profit. In addition to buying and selling girls in the markets, members of ISIS often resell the Yazidis back to their families, often for tens of thousands of dollars more than their original price. 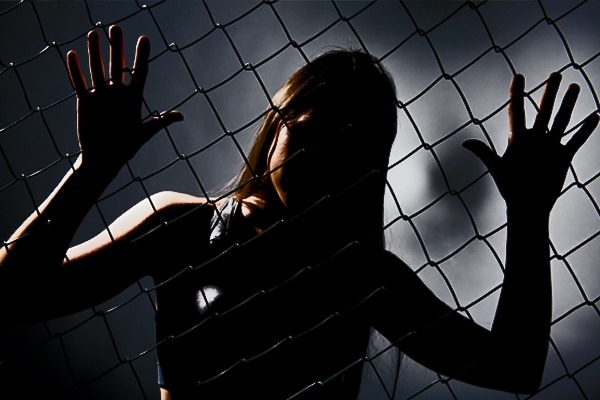 Secondly, the lure of the girls is a crucial hook to entice foreign fighters to make the trip to Syria and join the ranks. Most of these men are drawn from conservative Muslim communities where dating and casual sex are forbidden. The promise of having sex with Yazidi unbelievers as often as they please is an all too attractive prospect. As such, this systematic, state sanctioned rape becomes a clinical (and highly successful) recruiting tool.

Frighteningly enough, age is not a factor in sexual slavery. Child rape is not only condoned, it’s encouraged.

Zainab Bangura, UN envoy against sexual violence, has interviewed a number of escaped Yazidi girls and has some harrowing stories to tell.

“We heard about one girl who was traded 22 times. And another, who had escaped, told us that the sheikh who had captured her wrote his name on the back of her hand to show that she was his ‘property’.”

Tragically, for many of the girls who do not manage to escape, their only way out of the hell inflicted on them is suicide. Approximately 60 girls a month either hang themselves, slit their wrists, or electrocute themselves. Others throw themselves out of moving trucks in desperation.

One such case is that of 17-year-old Jilan Barjess-Naif. Because of her bright green eyes and unique blonde hair, she was separated from the other girls for ‘special rape treatment’. She slashed her wrists in a public bathhouse in northern Iraq. When her body was discovered, it was thrown from an upstairs window into a dumpster waiting below.

The bodies of other girls who commit suicide are fed to the dogs.

The tragedy of the Yazidis is as terrifying as it is enraging. However, the greatest tragedy is that nobody knows about it. It’s never on the front page of the paper, or on prime time TV. Social media is also a desolate landscape. The girls who escape or are rescued feel ignored by journalists and forgotten by the world.

Why is this appalling story not being covered extensively by the Western mass media? Is this because we prefer to remain ignorant about horrific crimes including the rape of children and young women? Rape is as much a weapon of war as murder. By refusing to globally acknowledge the trauma of Yazidi women, we are not just ignoring their suffering, we are trivializing it.