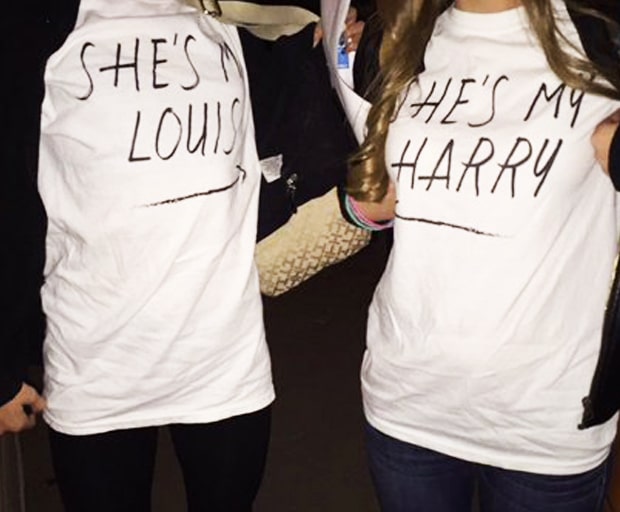 The Curious Case Of Why Women Are Still Doing The Dishes

In the classic rom-com When Harry Met Sally, Harry famously states that, “Men and women can’t be friends because the sex part gets in the way.” And then they go on to prove that’s false by becoming friends, and then prove it’s true again by becoming lovers. The only thing this proves is you can’t expect to get sound relationship advice from the movies.

But science seems to support Harry’s claim. Several studies indicate there’s a sexual interest ‘mismatch’ in hetero male-female friendships that interferes with mutual satisfaction in the relationship. In short, men seem to have way more sexual interest in their female friends than the other way around, and women eventually find that off-putting.

So are male-female friendships doomed? Not exactly.

Here’s the thing. These studies were mainly done on college students and young adults, and that’s the time in life when people are naturally obsessed with partnering up, sometimes with anything that moves. It’s a time for sexual freedom and exploration, so of course that’s going to be a factor in male-female friendships. But if you can survive those early years of sexual tension and mismatched, or even matched, affection, your inter-sexual friendships can grow into some of the most important relationships of your life.

As a child, all my friends were boys. It wasn’t anything I thought about. I just liked their company, their crudeness, the way they punched each other to settle disputes. I liked cars and role playing games and playing with action figures. Barbies never interested me. Everything was great until middle school, when the boys suddenly wanted to hang out with other girls, and not to play Dungeons and Dragons. I felt betrayed.

Girls, these creatures I barely knew, tried to explain to me that boys were different, too different to be friends with. They instructed me on how to get their attention again, but it involved lipstick. I wasn’t interested in that, but I started to hang out with girls because I figured I had a lot of learning to do when it came to relationships between men and women.

It’s safe to say I didn’t learn anything, because I got to college and still wanted to make friends with all these cool new guys. Because everybody just sort of hung out informally, I went ahead and attempted to befriend a bunch of guys during those messy, sexually-charged years. Still, I was haunted by the ghost of When Harry Met Sally, and often wondered if there was any point in pursuing a platonic relationship. Would it be the problem my high school girlfriends warned me about? Would a man even want to be my friend if I made it clear from the start that sex was off the table? Was there even room for a ball-free friend on their rosters?

And then I remembered what I had learned from playing with the boys as a child. They were blunt. They had no interest in mind games. You always knew if they were angry or hungry or having a great time. That was what I liked about them. So I decided to speak to them the way I did when I was younger. I just told the truth.

I believe that honesty is the key to tackling the complications of the whole man-woman thing. No one had to spend any time trying to figure out what their chances were or deciphering subtle clues. There was never any miscommunication. The cards were on the table.

Sex didn’t have to get in the way of our friendships, so long as it was something we acknowledged, accepted and simply worked with. At times these guys I liked wanted me or I wanted them, there were even some casual hook-ups, but that never changed the fact that we actually liked each other. We made each other laugh. We liked the same music. We talked about our attraction, or lack thereof, and then we talked about other things.

Many years later, those friendships mean the world to me. We still laugh and talk for hours. I have seen my friends fall in love with remarkable women, and I have always been thrilled for them. I’ve even been a groomsman at a friend’s wedding. They know that my husband and I have a special bond, and they respect it.

What’s more, having a male friend lets you enjoy some of the very best parts of a guy without having to deal with his issues. Much like having grandchildren versus having your own kids, you get to have fun without the burden of dealing with the messes. You don’t have to ‘train’ your man-friends. They can be slobs or complete dogs and it’s not your problem. You get to appreciate all the great things about your man-friend without judgment. Do my friends leave the toilet seat up? Who cares! We always meet at bars.

There may always be some longing in a male-female friendship, but that doesn’t have to be a dealbreaker. In fact, that can be fun and empowering. I feel flattered when one of my friends gives me a compliment. It makes me feel attractive, but in a genuine way, unlike a catcall from a construction worker. And when I occasionally wonder what it might be like to kiss a friend, I congratulate myself on both my vivid imagination and for having the maturity to make choices and stick with them. Sex doesn’t get in the way. It’s just one aspect of the relationship that we’ve grown accustomed to.

The other day I met up with an old friend for lunch while he was on a layover in my city. He mentioned that time I had too much to drink and accidentally fell asleep in his bed and nothing happened.

“I’m glad nothing happened,” he said.

“I mean, I wasn’t at the time, but if something had happened, we might not have this.” I agreed with him. I told him I’m grateful we were never more than friends because while we might have dated for a little while, we get to be friends forever.

In this way, men and women can not only be friends, but they can enjoy a true lasting love. There’s no reason to exclude half of the population as potential friends just because someone might feel an attraction. The sex part is just, you know, a part. Acknowledge it and move on.

Images via giphy.com and favim.com.

Comment: Do you think men and women can ever really be ‘just friends’?