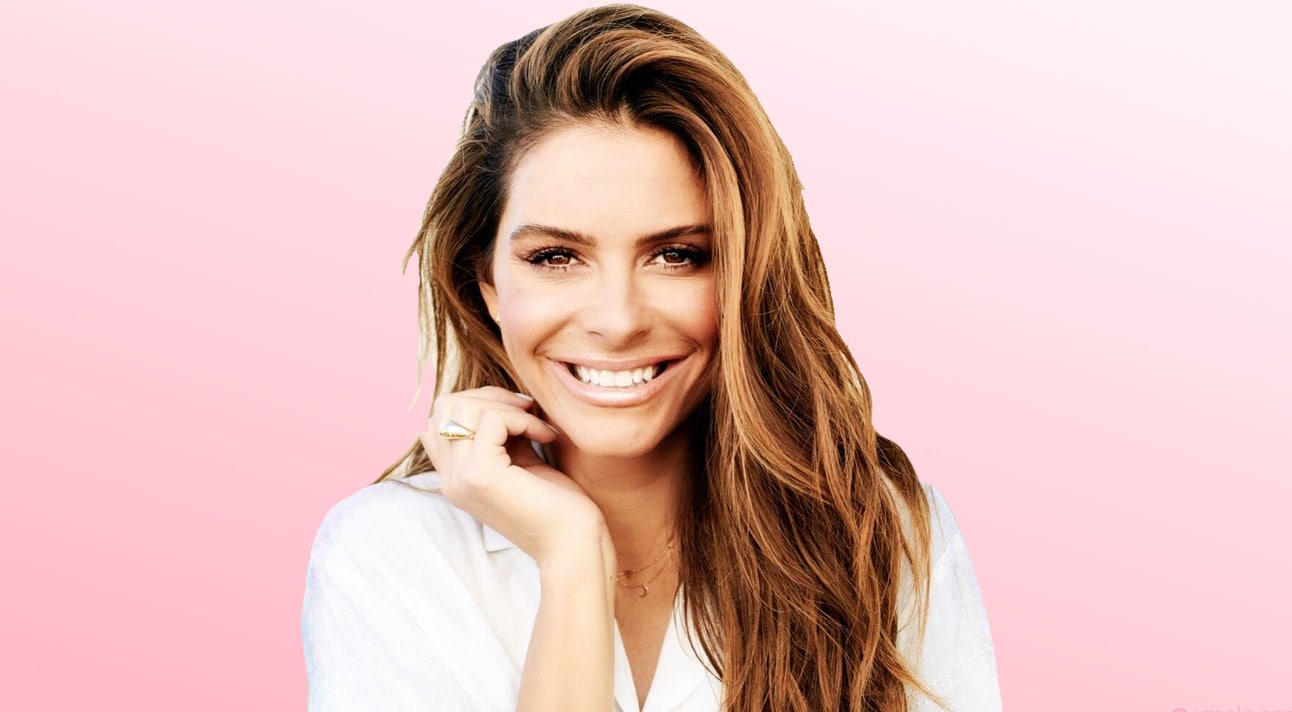 29 Things You Can Do To Become Better At Self-Care

Being diagnosed with a brain tumor opened the door to a new way of living for the TV host.

Maria Menounos isn’t making as much money as she used to – and she’s totally fine with that.

“Why has the American Dream exploded into needing Chanel bags and Louboutins and private jets to be successful? I want to redefine success,” she told me when I met up with her recently in Manhattan. Menounos was on tour with Rally on the Road, promoting a message of healthy living and talking about the importance of being proactive when it comes to taking care of ourselves.

Looking adorable in braids and absolutely glowing in her workout gear, the 40-year-old Menounos sat down with me to talk about Rally, a “digital health experience” that helps people make small, simple changes in their daily routines, set goals, and track the results online.

We ended up talking about much more than that, though. By the end of our time together, I wanted to be her BFF – a feeling I’m sure many people can relate to after meeting Menounos. Her warmth and authenticity are part of what’s made her so good at her job; as the co-host of entertainment newsmagazine Extra, she’s interviewed countless celebrities. She’s also appeared on Access Hollywood, the Today show, and even starred in her own reality series, Chasing Maria Menounos.

A little over a year ago, Menounos was diagnosed with a brain tumor the size of a golf ball. Fortunately, the tumor, called a meningioma, was benign – but it still required a complicated seven-hour surgery to remove. The incident served as a huge wake-up call for her, and inspired her to completely change course.

“Since the surgery, I’ve been recovering in every way – not just physically but mentally, emotionally, spiritually. It’s been quite the journey because I’m changing everything about my life,” she told me. “It gets a little lonely at times when you’re like, I know the secret! You see everyone still running around, chasing after [success], you’re watching people compromise their health, and I don’t think that’s the way anymore.”

So, what is the way? “I see things so differently now. I’ve just been trying to do things I’m passionate about. Rally is one of those things, because we share a mission to help people and to inspire them to take control of their health.”

The meaning of success

The books did well – they’ve been blurbed by Kim Kardashian (“Maria shows us girls how to successfully juggle it all while looking fabulous”), Tori Spelling (“Whether it’s getting ready for the red carpet or organizing your life, Maria always does it better, faster, and cheaper”), and Heidi Klum (“She is a beautiful, hard working lady who has a will and way to make things work for herself”) – but these days, Menounos is backtracking from the superwoman image she used to cultivate.

“Anybody who is following me on my journey – I’ve written all these books – and anybody who is following me into my Type A craziness, I’m like, no, don’t go that way anymore! We’re going this other way now! Come this way, let’s take care of ourselves.” Part of that means stepping off the fast-paced career track she was on prior to her health scare. “I’m not making the money I was making before. I’m okay with that. I think success should be about being happy and healthy.”

If we’re ready to follow Menounos into a new, healthier way of living – if we want in on the secret – where do we start? “You need to develop the tools,” she told me. “When I was going through some of my toughest times, I started going to Tony Robbins seminars. I didn’t know how to handle all of the toxicity and stress; I needed tools, and I got some there.”

One of those tools was a mantra that, she said, resonated even more after her brain surgery. “Life is happening for me, not to me,” she said. The idea is that we are not passive, that life isn’t just having its way with us, but that we are powerful, and that the universe is on our side.

Another thing she learned from Robbins, said Menounos, is that “focus equals feeling. Whatever you’re focusing on, you’ll feel. So if I’m focusing on the fact that my husband and I just got into a fight, and I’m angry, and I’ve got my side and he’s got his side, it’s not going to get better. So what I do is, I shift my feelings. I’ll think about why I love him and I’ll think about the good things.”

Allowing yourself to be still

Meditation is another important tool in Menounos’ toolkit. She likes to use guided meditations, like Soul Sync and Headspace, because, as she told me, “It’s not easy for me to just sit somewhere for 20 minutes completely alone.”

“We get so stressed in life. If something is happening, we push harder and harder until we explode. Now what I’m doing is, when something isn’t right, I’m stopping, I’ll meditate, or I’ll go sit somewhere for a few minutes and just catch my breath, and the answers come. But you have to give yourself the stillness to do that. That’s why meditation is so great.”

Some people get intimidated by the idea of meditation, thinking they need a special pillow to sit on, or the right mantra to chant, but Menounos told me it doesn’t have to be complicated. “Just go sit in a chair in your backyard for 10 minutes, wherever you feel comfortable and happiest, and recalibrate. Give your body a break.”

“I believe that everything that I’ve gotten in my life, I’ve manifested,” said Menounos. “Even the tumor. I cracked a lot of jokes about having a brain tumor, and then I got one.” Another element of her toolkit is a book called Ask and It Is Given. “It really teaches you about the power of energy and the Laws of Attraction. It’s so powerful. I think we can manifest a lot of things, good or bad, in our lives.”

The key, according to Menounos, is to think of yourself as a magnet. “If I’m thinking bad thoughts about whatever, I instantly realize I’m just going to attract that, so I change that energy as fast as I can.”

Recently, she put that tool to work in an argument with her husband. “I was really mad – really mad. He was in his office and I was in mine, and at first, I wanted to give him the finger, I was so pissed. And then I told myself, ‘No, Maria. When it’s bad is when you have to use these tools.’ So I decided to send him love. I literally closed my eyes and kept saying ‘I love you.’ I visualized hearts popping out of mine and into his,” she laughed. “And I swear to God, within minutes of doing this, that man who would never have gotten up off his couch – once he sits on his couch, he’s done – he got up off his couch, he came into my office and gave me a hug. Didn’t say a word, just gave me a hug.”

As a Rally Health Ambassador, Menounos is trying to encourage women to take their health into their own hands, listen to their own bodies, and not let minor problems become major ones.

Too often though, we’re so busy taking care of everyone else that we put our own needs on the back burner. “As women, we feel this need to be perfect at everything and to everyone, and we really hurt ourselves so much,” Menounos said. “I listen to my friends and family, and they’re suffering. Their engines are revving so high, they’re doing everything for their kids and their husbands, and they’re just waiting for someone to say they’re sick so they can come home and say, ‘I need to be nurtured.'”

Menounos wants women to stop waiting for a health crisis to put their own well-being first. “We need to nurture ourselves, we need to love ourselves. When we’re in the tornado of life and this madness, we don’t do that.”

And if taking care of ourselves means we have a little less for everyone else? That’s okay. “We wait for the excuse to be sick to be taken care of and nurtured, and that’s the messed up thing.”

Through her work with Rally, Menounos hopes to help people take better care of themselves, both inside and out. Her message? “Being healthy doesn’t have to be difficult. It can be fun, it can be simple. I want to inspire people to take that first step.”

18 Quotes From Extraordinary Women To Inspire You Today

Being An Operating Theatre Nurse Is Traumatic, And Incredible