Married At First Sight: The Honeymoon’s Over As Pairs Split

This week on Married at First Sight: Roni and Zoe butt heads during the foursome’s first meet-and-greet dinner party as Roni faces yet another failed marriage; Clare once again unleashes the beast in a heated argument with Lauchlan (what’s new), James and Michelle show no signs of slowing down – and finally, we find out which couples have done the deed!

RELATED: The Rollercoaster Ride Continues On Married On First Sight

It’s episode four of the ultimate social experiment and the four couples are finally set to come face-to-face during an arranged dinner party. Before all the fun begins, we get to take a look and see how the couples are progressing after last week, in which they took the plunge and moved in together. 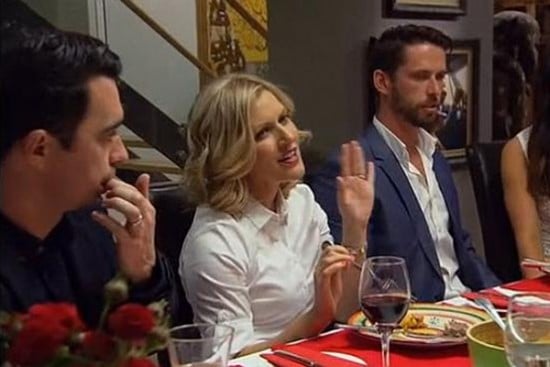 In a bizarre twist of fate, Alex and Zoe are cuter than ever with the couple negotiating laundry duties. Reminder: Alex NEVER does his washing and instead offloads it to his poor mum. Zoe is keen to get to know more about Alex, particularly his duties as a plumber and heads down to his worksite. “There are a lot of people wearing fluro,” the brunette beauty points out. “But fluro’s not really in this winter.” Hey Zo, just a heads up: Alex is a plumber, not a fashion designer!

Getting down to business – nearly literally – the couple discusses sex after Alex asks Zoe how many times a week a couple should be getting down and dirty. “I think it’s healthy to have it at least four to five times a week,” answers Zoe. Looking like a kid in a candy shop, it’s clear that was not the response Alex was expecting. Delighted, he jokes: “I didn’t know I’d married a hornbag,” and admits “two or three” times was the mark he’d hoped to hit.

Moving on to Roni and Michael, there’s undoubtedly trouble in paradise. Michael appears to be avoiding Roni after he ditches his wife in favour of a night with the boys. “I won’t know what to do with myself,” says Roni. “You’ll survive,” snickers Michael. Hmm… We can see who wears the pants in this relationship – that is, if you can even call it a relationship anymore!

While wining and dining with his mates, serial dater Michael confesses that Roni may not be the right girl for him. “I’m worried the spark isn’t there,” he says. Perhaps that’s because he’s never had to seriously commit to anyone, let alone live with them? Just sayin’.

Cue: couples dinner. Finally, after two weeks of married life the four newlyweds face-off. With chemistry radiating from all of the couples bar Michael and Roni, tension surfaces when Zoe makes a remark about how being nervous on your wedding day means your committed to the relationship. Clearly reeling that her marriage has fallen by the wayside, Roni arks up. “Everyone’s different. And every couple and every dynamic of a relationship is different — you can’t say that,” she says. 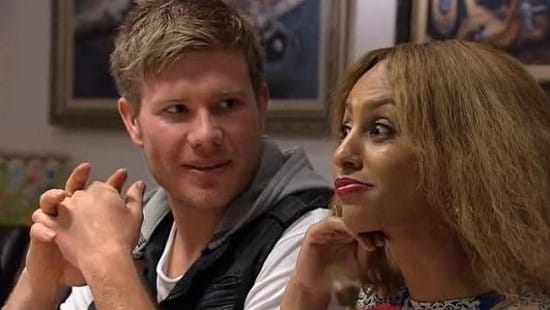 Continuing her rant, she points out: “I’m really invested. I’ve been married before — I know the hard work that’s involved.” Enter Michael to the rescue – ha, jokes. Proving that he’s well and truly not digging his wife, he’s quick to jump to Zoe’s defence before allowing Roni to run off and cry. Making himself look even more like a douche (sorry, but it’s true), Michael confesses to the other men that he “didn’t find that very attractive.” Come on Mikey, cut her some slack! She’s trying – which is more than we can say for you.

To wrap up the newlywed’s dinner, the dirt is dished on which couples have slept together – and to no one’s surprise, each pair besides Roni and Michael has done the deed. Alex and Zoe wasted no time consummating their marriage with Alex confessing that they had sex on night two, while Clare – who jumped in the sack with Lachlan on night one – confessed: “Let’s just say that the bed is not cold on a winter’s night.” Information too mucho? Finally, James and Michelle: well they’re just all peaches and cream with a “healthy sex life.”

The last segment of the show sees Clare and Lachlan get into an argument over the farm. Country lad Lachlan isn’t happy that his wife neglects to spend much time with him there, so he addresses his concern. “You’ve only spent one day at the farm and I’ve spent virtually every other day here,” he says. “There’s been massive sacrifice on my part.” 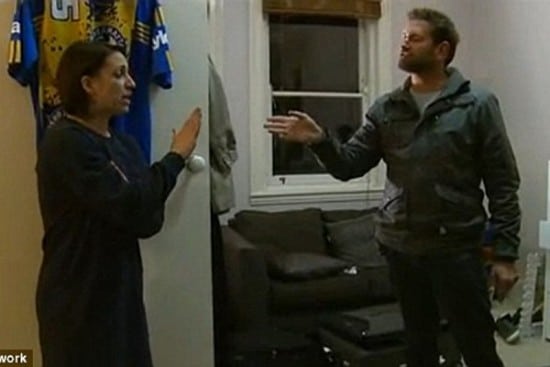 Not impressed that the 36-year-old put on the pants for once, Clare explodes: “Sorry for making you unhappy… I don’t care where we f*cking live. Let’s move to the f*cking farm right now!” before storming off. This sees Lachlan finally reaches his limit as he tells the camera that he needs a “breather.”

Things are seriously heating up, so tune in next week for more Married at First Sight!