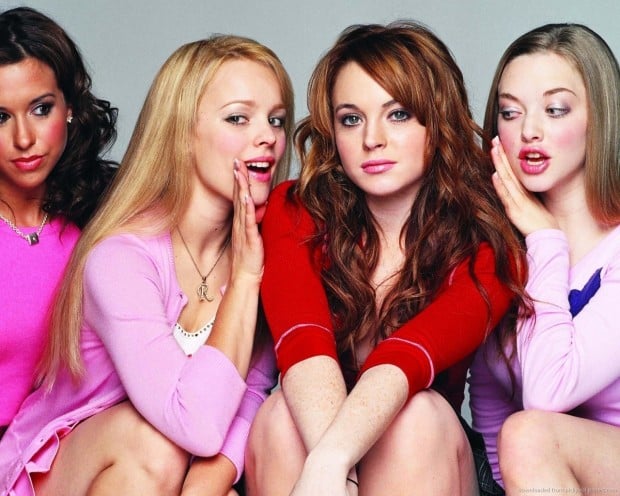 The story of mates before dates is a familiar one. There’s this guy; he’s hot, smart, funny and you suspect he likes you. You’re also pretty sure he’s going to make a move. The playing field is set, the pawns are in place…

Then one of your friends pipes up: “Omigod, I like him so much, he’s mine, ‘kay bitches?”

Uuuuugggghhhh. There it is; the girl code. The unspoken rules of female-dom that were supposed to die out with your misguided adolescence, yet somehow transcend time to terrorise your adulthood. And rule #1 is: Thou shalt not date/mack/screw a guy that your friend has already voiced affection for. Break this rule; risk being ditched by said friend, or if the incident is publicised, being ostracised from your social circle.

It all sounds so…undergraduate, yet women continue to adhere to this until they’re married or confirmed cougars (or both). Calling dibs has probably saved a myriad of friendships. But it’s also screwed up oodles of potential pairings; from full blown relationships to epic one night stands.

For years I’ve adhered to this rule. I’ve watched potential liaisons, flings, and the possible love of my life pass me by. But hey; mates before dates, right? But if mateship is so important, shouldn’t it be unconditional? Shouldn’t we disregard guys when measuring the worth of our BFFs? After all, men operate under the assumption of no claim, fair game and they seem to do alright.

A little while ago, I was faced with a situation that put the girl code to the test. There was this guy and he was stupidly hot. He fulfilled the attractive quota of about five people. And nice. And funny. And one of my friends had already slept with him.

I suspected she liked him. Maybe a lot. This would have been fine, had I not been INSANELY sexually attracted to him. The most irritating part; I knew he wanted me too. It was nearly unbearable, especially as we were all going to end up at a party together the next weekend. On the night, I could see her quietly trying to instigate round 2. He wasn’t responding, she wasn’t happy.

Finally, the night drew to a close. My friend had left unsuccessful. It was just me, one other guy who had long since fallen asleep, and him. “Holy hell,” I thought. “This is it.” What to do?! Did I hold out? Did I give in? Did I throw the girl code out the window for the sake of truly amazing sex?!

Of course I slept with him. There was no other option really; the puma in me kept growling “you fool!” every time I considered saying no. And the sex certainly didn’t disappoint. But what about my friend? She would guess; girls just know.

When I eventually saw her, she threw me one look that said it all. My guilty face gave it away. I expected yelling, tears, maybe even hair pulling…but she simply raised her eyebrows, gave me a stiff but appreciative nod and said nothing. Could it be that she accepted the situation and was attempting to move on, putting our friendship first?!

Ladies, the moral of this story is that the girl code has to be situational. If a girlfriend has just ended a long-term relationship, fooling around with her ex is a shitty thing to do. However, when faced with a love triangle in which nobody is dating anyone, ‘dibs’ isn’t a legitimate claim. When the Universe is saying: “Girl, you’ve been good lately, here’s a treat,” then for God’s sake go forth and be fruitful. True friends will rise above it. THAT is the true meaning of mates before dates.