Mayim Bialik: “Breastfeeding is Not a Sexual Act”

Mayim Bialik is sick of women being shamed for breastfeeding in public, and she’s not afraid to say so.

Bialik, 38, best known as Blossom (and the young Better Midler in Beaches, now, don’t you feel old?), has been a staunch supporter of breastfeeding in public, after receiving a barrage of criticism for  breastfeeding her two sons in the past.

“I think anywhere you give a bottle, you breastfeed,” the Big Bang Theory actress told the Huffington Post. “I didn’t feel the need to be immodest, but also feel like that’s going to vary from woman to woman. I would try and be, absolutely, respectful and conscious of the community I was in, but I don’t believe you need to cover up a baby eating, anymore than you need to cover up a baby drinking a bottle.” 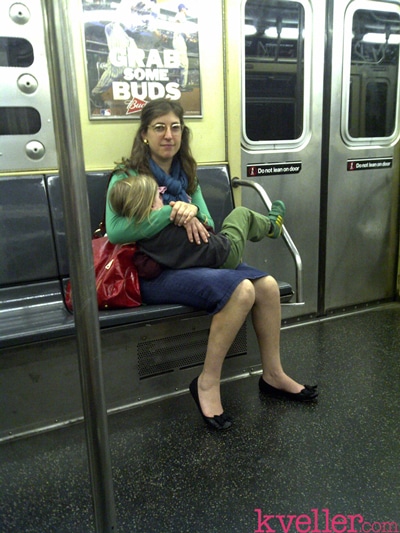 In 2011, Bialik received a “tremendous amount of backlash” when she posted a photo breastfeeding her son Fred, then 3, on a subway in NYC.

“Breastfeeding is not a sexual act. It’s an intimate act, and that makes some people uncomfortable. But that’s completely normal to have all of the humane hormones that are released when you breastfeed regulating your relationship with your child — that’s simply normal.”

Bialik is a mother to sons Miles, 8, and Fred, now 5, with ex-husband Michael Stone, and is a popular parenting commentator on her blog Kveller.

What do you think about breastfeeding in public?